Time to listen to 'Memories of Humankind' from their curator 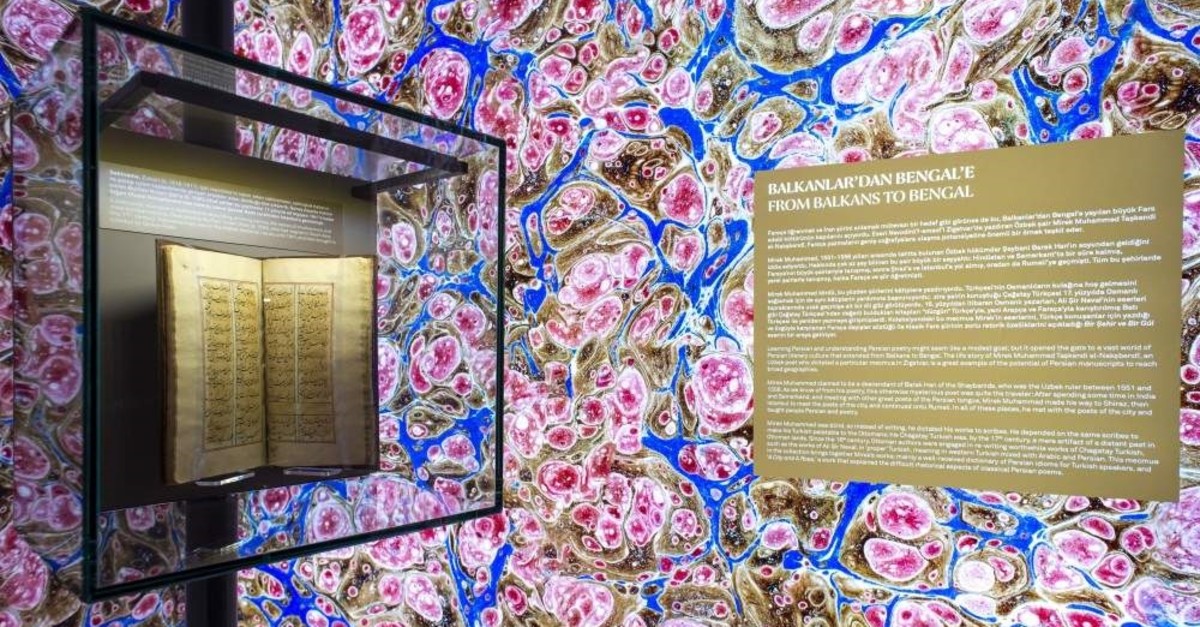 The stories of the manuscripts will be told during the curator-guided tour.
by Daily Sabah Nov 28, 2019 5:57 pm

The Istanbul Research Institute is set to organize a private curator-guided tour as part of the “Memories of Humankind: Stories from the Ottoman Manuscripts” exhibition.
The exhibit traces multilingualism, daily life, medicine, the knowledge of the universe as well as gender and sexuality in the Ottoman society through manuscripts.
During the tour, to be held free of charge at 6.30 p.m. on Dec. 3, history and literature enthusiasts will have the opportunity to listen to the interesting stories of the manuscripts from the curator of the exhibition, Mehmet Kentel.

Created with a selection from the Suna and İnan Kıraç Foundation’s manuscript collection, the exhibition “Memories of Humankind: Stories from the Ottoman Manuscripts” takes the audience on a journey between texts, objects and times.
The exhibition tells the interesting stories of the manuscripts, while at the same time revealing many details about the culture of everyday life of the Ottomans, contributing to social memory.

“Memories of Humankind: Stories from the Ottoman Manuscripts” helps the audience reflect on İbrahim Ağa, the guardian of the Van Citadel who found time to copy manuscripts while on duty; Zübeyde Hanım, whose divan was widely circulated; Yirmisekiz Çelebi Mehmed Efendi, the Ottoman Ambassador to France, who corrected his own manuscript; Rıfat from Kilis, who intervened with a text by scribbling in the margin, “whoever wrote this is wrong;” Enderunlu Fâzıl, whose writings were criticized and censored but still made the rounds through word of mouth; the “Ya Kebikeç” prayer, written to protect the manuscript, and the bookworm that ate it with reckless abandon; as well as hundreds of famous or anonymous writers and readers.