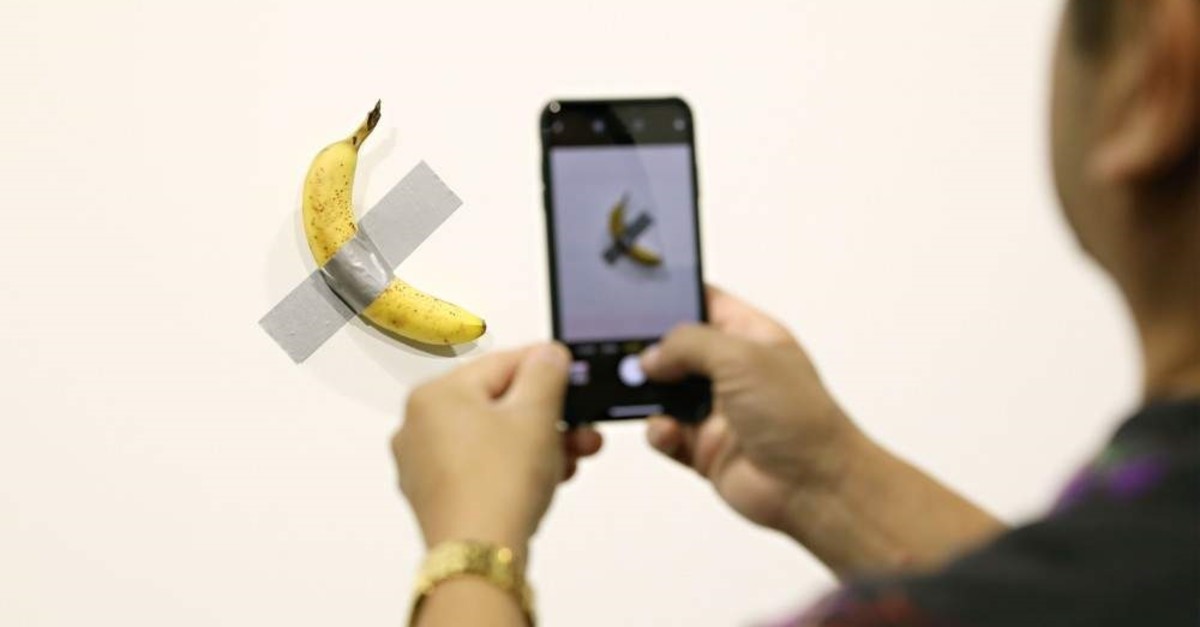 People post in front of Maurizio Cattelan's ,Comedian, presented by Perrotin Gallery and on view at Art Basel Miami 2019 at Miami Beach Convention Center on Dec. 6, 2019, in Miami Beach, Florida. (AFP Photo)
by Anadolu Agency Dec 09, 2019 2:39 pm
Police now stand guard around a replacement banana artwork valued at tens of thousands of dollars after the original was eaten off the wall at an art gallery in Miami, Florida, reported local media.
After Italian sculptor Maurizio Cattelan's banana artwork taped to a wall in the Perrotin at Art Basel gallery sold for $120,000, it was eaten on Saturday by David Datuna, a performance artist, who shared his feat on social media.
In his post, Datuna said the artwork was delicious and added that he admired works by Cattelan.
After a replacement banana was put on display, police were put on duty to prevent a similar theft.
Luckily for the buyer, the artwork has a certificate of authenticity that enables replacement of the banana.
Cattelan produced a total of three banana artworks regarded as a critique of international commerce. The first two sold for $120,000 and the third is expected to net $150,000.
In September, a solid gold toilet by Cattelan which he named "America," valued at $6 million, was stolen from England's Blenheim Palace where it was displayed.
Last Update: Dec 20, 2019 2:15 am
RELATED TOPICS