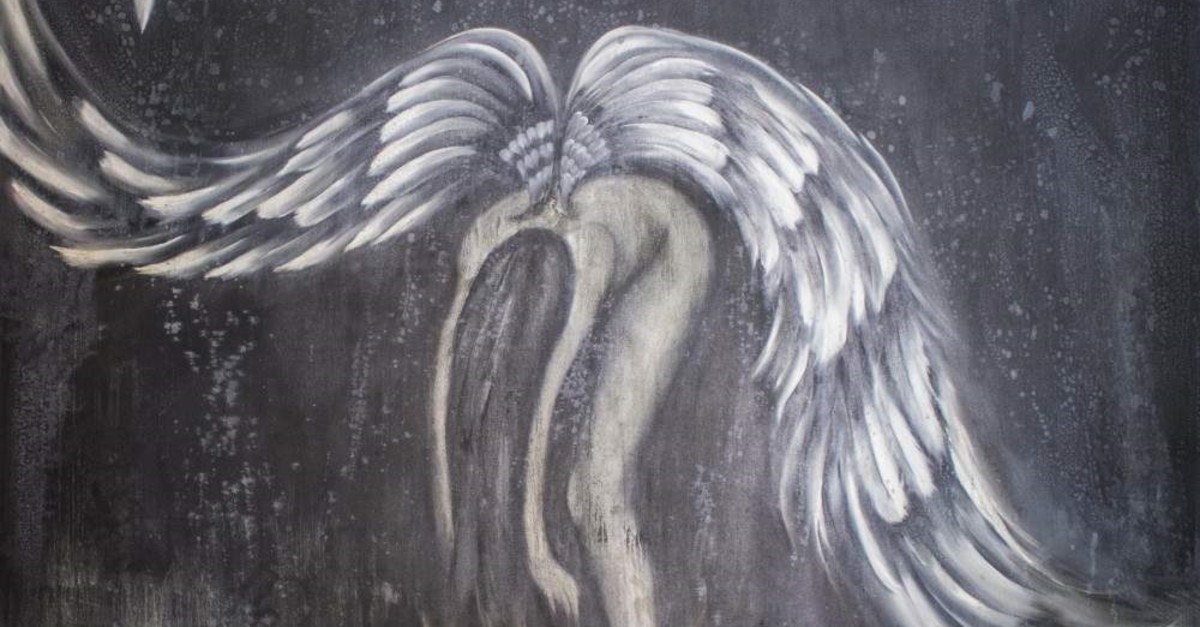 Located on İstiklal Avenue, St. Anthony of Padua will host the exhibit 'Angels,' which will interpret the winged creatures of spirit in different art forms until Jan. 10

The figure of the angel has adorned various types of artwork for ages. If you are interested in art and history, you will definitely see these winged figures decorating the murals of ancient times. Even if the known description of what an angel looks like emerged in the fourth century with the contributions of Christianity, there were many earlier entities like Greek deities that inspired this figure.

In Byzantine, Medieval, Renaissance and Victorian art, angels appeared in various forms. They were also used in Islamic art in illustrated manuscripts. Angels were generally depicted with bright, vivid wings and had some kind of other-worldly transparency. Being important creatures in Islam and mentioned in the Holy Quran, angels appear in many scenes, like the creation of Adam, in these manuscripts.

Interpretation of angels by veteran artists

Soon, Istanbul's historic St. Anthony of Padua Church on İstiklal Avenue in the Beyoğlu district will open its doors for a contemporary art exhibition dedicated to these winged figures for the first time. The “Angels” exhibition will start to host art lovers on Dec. 17 and can be visited free of charge until Jan. 10. Ayşe Pınar Akalın, known for her works bringing together historical sites and contemporary art, is the project manager and curator of the exhibition that combines young and veteran artists from Turkey and the world.

The exhibition will bring together young artists and master artists from different cultures around the concept of angels. Poised to be one of the most important art events of the year, the exhibition will feature works in painting, sculpture, photography and installation. The "Angels" exhibition will bring together Bilge Alkor, a doyen of the Turkish painting art and the founder of Narmanlı Museum-House; Ergin İnan; Mehmet Sinan Kuran; Pınar Yoldaş; Luca Pignatelli, a famous Italian painter; Lithian Ricci, an architect and painter interested in Turkish art; Yuval Avital, a multimedia artist known for his musical performances and sound sculptures; Kimathi Mafafo, a South African artist famous for handmade embroidery; Shirin Abedinirad, a young Iranian artist and world-traveler known for her land installations; and Mehrnoush Esmaeilpour, an Iranian artist who has been living and working in Istanbul for seven years. The group exhibition will also feature Güvenç Özel, known for his robotic media installations that skillfully combine art with technology.

The concept of the angel, commonly used by the three monotheist religions, has made appearances in ancient mythology and has continued to be popular in the New Age’s movement of thought. Angels, one of the most studied subjects in the history of art, will be reinterpreted under the direction of curator Ayşe Pınar Akalın, based on mythology, metaphysics, psychology and the duality within man at the group exhibition at St. Anthony of Padua Church.

St. Anthony of Padua Church is the largest church of the Roman Catholic Church in Istanbul. Built in 1725 by the Italian community of Istanbul, the church was demolished in the later. Between 1906 and 1912, it was rebuilt in Venetian Neo-Gothic style. The red-brick church will take art lovers on an angelic journey until Jan. 10, 2020.