Of light and language: A calligraphy show at Sadberk Hanım Museum 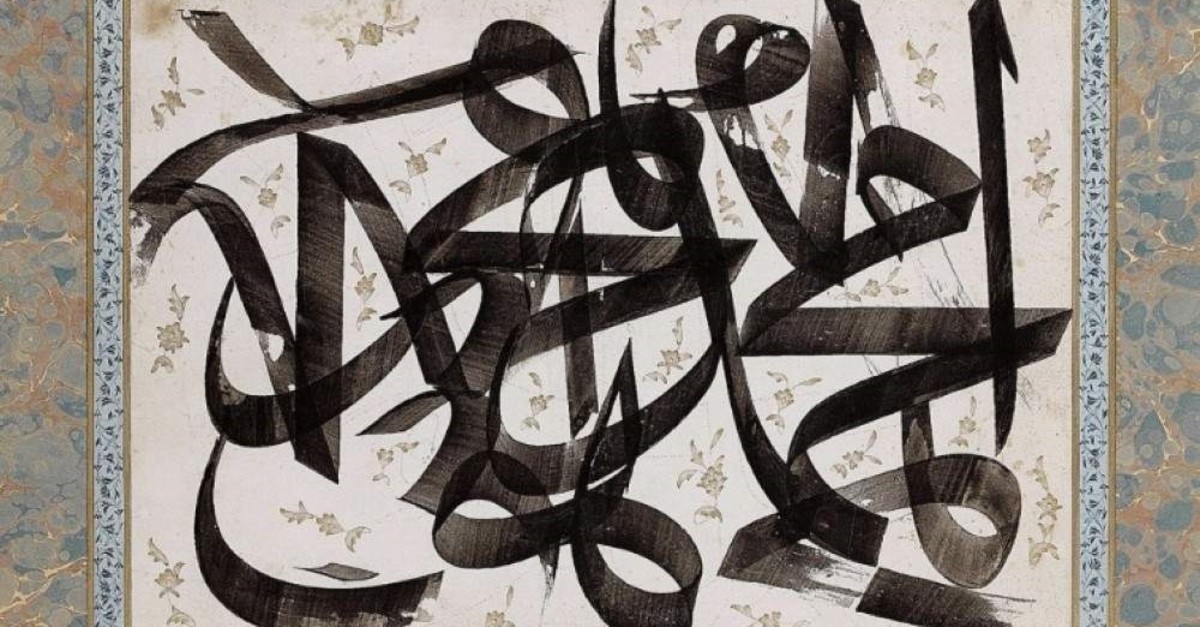 On the coast of Istanbul's district of Sarıyer, a former home of the philanthropic Koç family doubles as Turkey's first private museum. Its current show, 'Harmony of Line and Color' draws from its collection of calligraphy

Among the Islamic arts, calligraphy holds unrivaled sway. Its craft, essentially a mix of visual art and writing, relays the inceptive, oral history of the Quran as a stylistic tradition of linguistic expression. Since the literal meaning and interpretations of the words are second to its emotive spirit, it affirms the human holism of its message within an emblem of supernatural beauty.

Islamic calligraphy is a call to see the sacred nature of writing as a medium that encompasses visuality and artistry while maintaining the direct clarity of focus instilled by speech, with its force and potential as a vehicle of history and ideas. The script of Arabic had only developed in fragmentary fits and started before the Quran fell from the tongues of reciters to the palms of scribes by the middle of the 7th century.

The ability to make words visual was itself a revelation to the first generations of Muslims who saw calligraphy and its allure a potential not only to perpetuate and codify their scripture but to entice new readers. Manuscripts became only one of many means to enchant young souls while glorifying Islamic culture. Like the Greco-Roman custom of engraving, early Arabs decorated holy sites, public buildings and domestic spaces.

In old Islamic societies, books, and consequently literary production, held a special place for everyone, from the manual laborer poring over a memorized text, to the diplomatic gift of a sultan in the interest of impressing a foreign dignitary. Religious orders, particularly those following Mevlana Rumi believed in calligraphy’s mystical power. A phrase, when drawn with reverent devotion, could manifest the ideals of faith into a worldly experience.

A homage to heritage

Assimilating and speaking to multilingual masses was the key ingredient to Islam’s influence. For the ruling people, calligraphy served a political end. Its look could arrest the illiterate into submission, and for scholars and students, it was simultaneously educative. The grace of its outward display had an esoteric significance, compelling those unable to read to venture more deeply into the inner world of the language, where meanings are unveiled through dedication, which might often take the form of worship.

The impressive scope of the Koç collection’s treasury of calligraphy, especially its historical archive, is exhibited in part at the breezy, quiet Sadberk Hanım Museum. The air above the remote institution has a special calm surrounded by the forests of the Black Sea. “Harmony of Line and Color” begins at the ground floor hall and is also interspersed throughout the multistory summer refuge of Turkey’s famous family of cultural philanthropists. Their commitment to embracing their nation’s colorful past and present is nonpareil.

One of the earliest works at the show is comprised of two parchment pages of the Quran in the primitive Kufic script, dated to an approximation of the 8-9th century. The aesthetic focus is already evident, although its impression could be best understood as merely explicit in terms of conveying what is said, or heard. The verses are from the Surah an-Nisa, or “The Women,” the fourth chapter of the Quran.

To gild a leaf

The loud ostentation of high culture in the early 19th century had its incarnations in the Muslim milieu with Ottoman illuminated manuscripts. There are stunning examples at “Harmony of Line and Color,” such as a piece from 1811-12, following the more familiar naskh script – a type common to the modern Quran. The lush floral arrangements and complexity of geometric framings are characteristic of not only the Islamic civilization but to an embryonic cultural globalization.

The tastes of Western Europe had never been more influential in late Ottoman society. In which case, calligraphers working in the 19th century with names like Çemşir Hafız and Seyyid Hüseyin, placed the actual verses of the Quran into slight windows of legibility, overwhelmed by the golden, reflective gleam of paginated ornamentation. There is an illuminated Quran from 1848-49 by calligrapher Es-Seyyid Abdullah ez-Zühdi et-Temimi so ornate its flowers crowd the script.

While rarer, certain illuminated Qurans feature figurative full-spectrum drawings of pilgrimage destinations, like Mecca. The naskh calligrapher Hafız Osman Kayışzade pictured the Kaaba surrounded by mountainous desert, above the green rolling hills around the iconic Al-Masjid an-Nabawī built by Prophet Mohammed. From the distance of time, it appears that the manuscripts from the Quran, like that calligraphed by Hüseyin en-Nazif, are dated to an era that cultivated its embellishments, spiraling pink circles of slender petals around scripture.

Toward the contemporary, by the turn of the 20th century, there were more unique varieties of figurative calligraphy that do not simply elaborate the space around what is written, but that use each stroke of the letter to create pictures. A late Ottoman under-glass painting adapts the linearity of the Arabic language into the depiction of a large sea vessel, with upward marks forming the sail masts of the ship. Other sayings fill the billowing white canvases.

In 1879, the Ottoman calligrapher El-hâc Mehmed Emin el-Bergamavi refashioned writings by the ascetic theologian Abdülkâdir Geylânî into a sailboat, yet with abstraction in relation to his spare range of gold, black and white. The seafaring voyage was a strong metaphor for inner, moral development in a time when the greatest lengths of travel were conducted over water.

The practitioner of Islamic calligraphy at the cusp of modernity found spiritual refuge by communing with nature. “Harmony of Line and Color” features a series of compositions on leaves, where botanical specimens were painted over, many in gold ink. The visual effect, transparent and delicate, made for a subtle, elegant articulation of faith in human life as intimately bound with its environment, and all of creation.