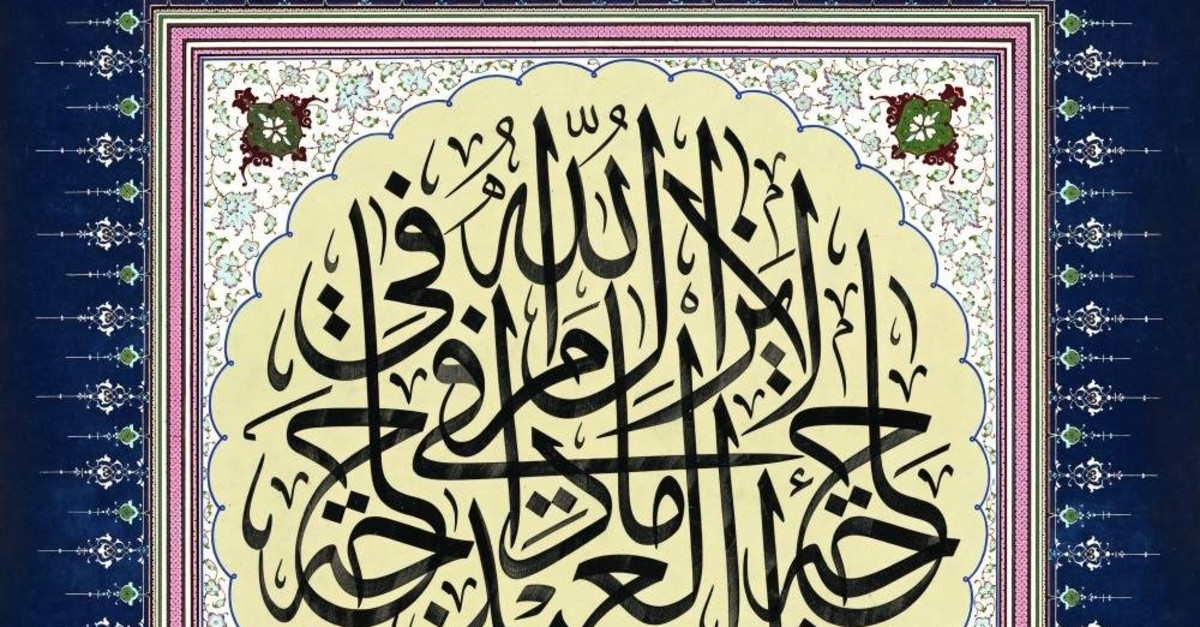 Turkish lender Albaraka Türk has continued its efforts to preserve and promote the classical Turkish-Islamic art of calligraphy.

To that end, it is holding an exhibition of the Albaraka Calligraphy Collection in the Italian capital Rome.

The exhibition, which showcases calligraphy-illumination and marbling art from among classical Turkish-Islamic art branches, was inaugurated on Dec. 13 at the Yunus Emre Institute in Rome.

Altundağ said Albaraka Türk has carried out its activities in culture and arts, particularly in calligraphy, for a long time. "We are taking important steps for the development, recognition and promotion of the arts of calligraphy, illumination and marbling all over the world. We are very pleased to bring a selection of very important works from the Albaraka Calligraphy Collection to this exhibition in Rome," he said.

He added that collection has previously toured the U.S., Cuba, Hungary, Poland, Austria, Germany, the U.K. and the Netherlands.

"We hope that these works will inspire future generations to carry our cultural heritage with the level of responsibility. We will continue to take the Albaraka Calligraphy Collection on tour for art lovers in different countries," he said.

The exhibition closes on Dec. 24.