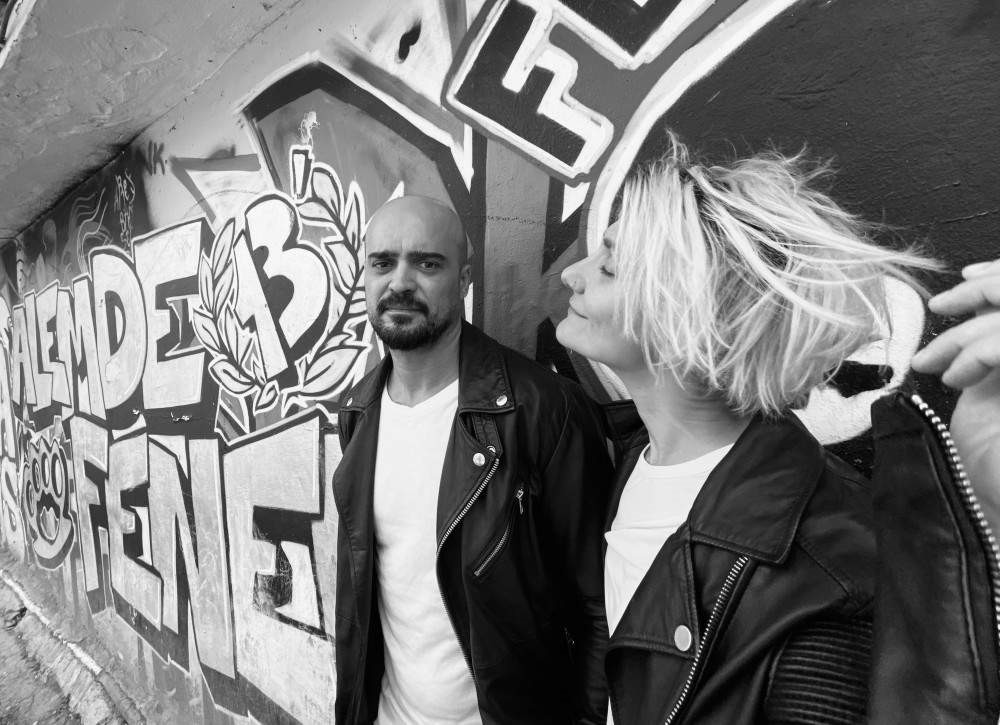 Sevil Dolmacı, the founder of her namesake gallery in Istanbul, tells us about her views on the Art Basel Miami Beach art fair held at the beginning of December and 'Pendulum,' her gallery's contribution to the Art Basel platform

Art Basel, one of the world's most renowned art fairs, was launched in Basel, a city in northwestern Switzerland, in 1970. The platform, which exceeds in showcasing the works of various contemporary artists, has since expanded to hold international fairs in Hong Kong and Miami Beach. The event has spread to cover three continents – Europe, America and Asia. The organization has launched a new initiative called Art Basel Cities, too. This project aims to offer new opportunities for the world's culture scene, organizes international events and creates new art fairs in select cities. The first city selected for the initiative is Buenos Aires. 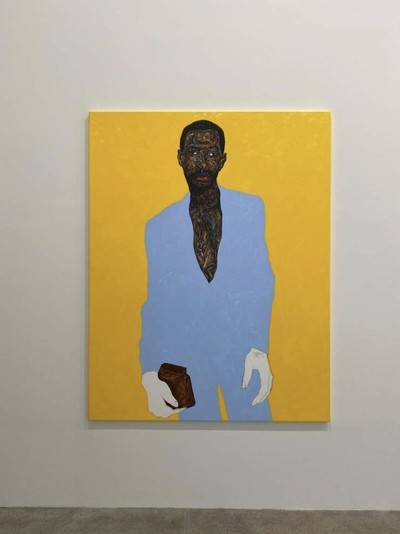 A work by Amoako Boafo at Art Basel Miami Beach.

The 18th edition of Art Basel Miami Beach was held between Dec. 5 and 8 this year at the Miami Beach Convention Center (MBCC). The fair presented probably the most-talked-about artwork of 2019: the ever-divisive banana taped to a wall. Sevil Dolmacı, the founder of Sevil Dolmacı Art Gallery in the heart of Istanbul's Nişantaşı district, spoke to Daily Sabah about the highlights of Art Basel Miami Beach, including the banana installation, as well as a video-installation "Pendulum," by artist duo ha:ar, represented by the gallery at the Contemporary And Digital Art Fair (CADAF), organized in parallel with Art Basel.

Sevil Dolmacı founded her gallery in 2015 in the hope of drawing attention to the work of young Turkish artists. On the most famous piece of the year, Italian artist Maurizio Cattelan's "Comedian," consisting of a real banana duct-taped in the Perrotin Gallery booth, Dolmacı commented that the piece "really fired up questions. What is the meaning of the deference shown to a fruit that would rot and become waste over the course of the day? How and according to what was the value of the artwork determined as $120,000?"

The gallerist explained that a couple called Billy and Beatrice Cox from Miami were the first family to purchase "Comedian." Billy and his wife have been art collectors for more than 20 years, reportedly saying, "People who aren't normally interested in art wanted to see the banana," adding: "This interest opened the door to a discussion about the value we give to artworks and objects in general, and therefore entered the history of art." It is upon this basis, according to Dolmacı, that the couple decided to buy the installation as the controversy escalated. "They remind us that these discussions themselves are another reason for the purchase," Dolmacı said.

"Comedian" surely squares in line with the market-driven nature of the world of contemporary art; moreover, it overshadowed many inarguably greater artworks as its fame continued to rise. In the process, it succeeded in managing to draw the attention of people who are not even into art. Therefore, the criticism of whether this banana was good art or not remains highly subjective. It was also interesting that performance artist David Danuta jumped out of the queue and ate "Comedian," while thousands of people were waiting in line to see it. As the year 2019 is about to end, a new story has been added to the history of art with this work. Dolmacı continued: "The banana installation, which according to the buyer couple is a reference to Andy Warhol's iconic 1962 'Campbell's Soup Cans,' is quite significant. Cox said that they purchased it to guarantee that it would be displayed in a museum as they believed in its importance. However, they have not given any clues about which museum they will donate it to."

On the other artworks presented at Art Basel Miami Beach, Dolmacı stated: "It has become an art center that has flourished over the years with a mix of vibrant art galleries, high-level museums and high standard street art. Art Basel Miami Beach has become one of the most frequented art fairs in the world, with more than 20 satellite fairs, parties and events around the main fair in the first week of December this year. The Miami Convention Center, where the renovated Art Basel Miami took place this year, appeared before the audience with a renewed and even brand-new section called 'Meridians' this year. In Meridians, monumental and large-scale sculptures, installations and performances were presented. Curated by Magali Arriola from Mexico City, this section was located in the Grand Ballroom."

Among the works that attracted Dolmacı's attention in this section were those of Laure Prouvost, who participated in the French Pavilion of the Venice Biennale and was positioned to win awards few months ago; Fred Wilson, who came under the spotlight with his installations at Pera Museum in the 15th Istanbul Biennial; Sam Francis and Mexican young artist Pepe Maar and Portia Munson, who comes to the fore with "The Garden."

"The film 'Dance of Malaga' by Theaster Gates, an American black artist born in 1973, at White Cube Gallery, also garnered much interest. The artist, whose work was featured at the 14th Istanbul Biennial not long ago, is a film focusing on the shores of Maine, where a small, interracial community lived in the 1800s. In 1912, the state evacuated all residents, hoping to turn Malaga into a tourist destination. The project failed and the island remains uninhabited today. Gates interprets the story through footage of the island."

The Turkish gallerist also commented on the main gallery section of the fair by remarking on a number of successful bids: "Galerie Thaddeus Ropac sold the bronze statue of two figures by Georg Baselitz, who opened a retrospective in Venice in the first few months, for about $3.9 million on the first day. The new work by American artist David Salle, who met for the first time at the Sevil Dolmacı Art Gallery in Contemporary Istanbul at Ropac, was sold for $300,000. Ghanaian artist Amoako Boafo was the most popular young artist of the fair this year. Amoako Boafo, who was invited to the Rubel Museum for the 2019 artist residence, was represented by Mariane Ibrahim, an artist from Chicago. He exhibited six of his canvases and all of the paintings were sold on the opening day." 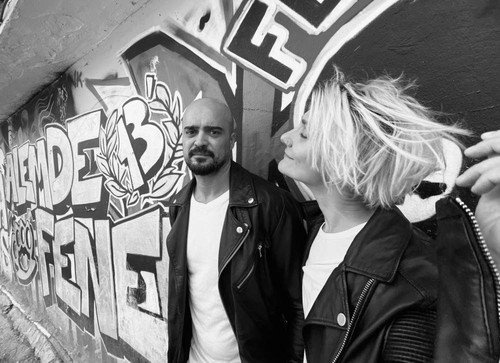 Lastly, Dolmacı pointed to the video-installation "Pendulum." The artist duo, ha:ar, comprising of Hande Şekerciler and Arda Yalkın, describe life as it is lived today, via screens. In a salute to avant-garde video art, the abstract, figurative "Pendulum" presents 10 synchronized screens. For this video-installation İzmir State Opera and Ballet artists, Aslı Çilekand Sertan Yetkinoğlu were called on to collaborate. Dolmacı said: "In the installation, which was designed as a sculptural dance of birth, life and death, the passing of time is seen as a light pendulum."

The artist duo has said of their own work: "We gave a part of Gabriel Marquez's book 'One Hundreds Years of Solitude' to Aslı Çilek, the ballet artist we worked with, as a key. It was within the context of this text that we recorded her performance as an improvisation through a motion capture system. We have created a data/simulation sculpture that continuously flows between the screens with the body movements data obtained from these records. 'Pendulum' is a scalable work of art due to its structure."