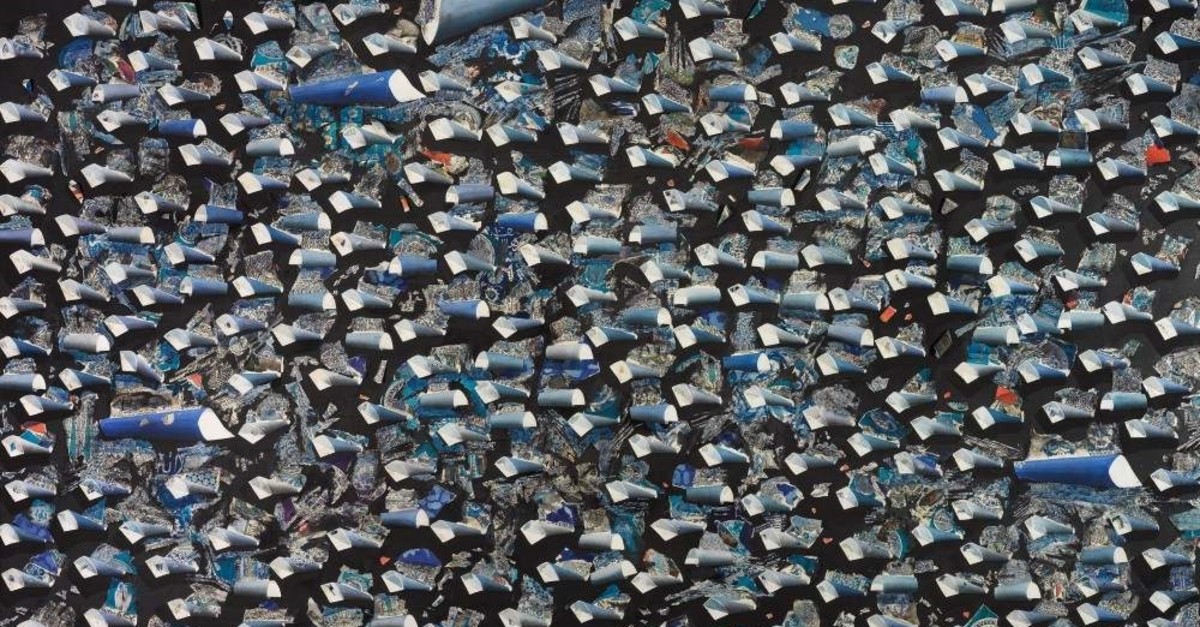 After beginning a bureaucratic career, Burhan Doğançay decided to devote his life to art. Inspired by the walls of New York City, the Turkish painter created a diverse series of collages and opened solo exhibits around the world

Turkish avant-garde is as old as the cultural reforms of the early Republican era. When visual artists including Cemal Tollu, who adopted the abstract style of cubism and constructivism, and Abidin Dino, who offered a political interpretation in an abstract manner, began to inherit the essence and styles belonging to the latest genres and movements of the European avant-gardism, a part of Turkish art became international.

On the other hand, Turkish avant-garde did not rule the artistic space until the 1980s, when, under the influences of economic globalism, Istanbul became one of the international hubs for contemporary arts. The Istanbul Biennial, which was first organized in 1987, helped artists and audiences from diverse cultures meet in real-time. Turkish art loves have become familiarized with the urban face of modern art over the last three decades thanks to biennials, triennials, modern art galleries and numerous events, exhibits, shows and performances.

One special urban artist, Burhan Doğançay, had preceded the development of the globalization and urbanization of the arts in Turkey. From the early 1960s, Doğançay followed the social, cultural and political transformation of contemporary urban culture through an examination of walls, which served as templates for his art. After spending some years in Paris making art pieces in naturalist modus, Doğançay's true personality came to light after he transformed his art into concept art, at the core of which lies the urban walls.

Doğançay was born in 1929 in Istanbul to Adil Doğançay, a military officer and well-known painter. He began his artistic training with his father. After a while, he received additional training from Arif Kaptan, a prominent artist and a friend of his father. In spite of his artistic inclinations, Doğançay earned a law degree from Ankara University in 1953 before he headed to Paris to pursue postgraduate studies in economics. Doğançay was awarded a Ph.D. in economics from the University of Paris in 1953.

On the other hand, Doğançay's inner inclination was toward art, so he attended courses at the Académie de la Grande Chaumière in Paris from 1950 to 1955. During his years in Paris, Doğançay used to make artwork in a naturalistic fashion. Paris was not the Paris of Charles Baudelaire anymore. It was the scene of post-war fatigue in the 1950s, with torn posters and faded pre-war advertising plastered onto walls.

Doğançay left Paris for Ankara after completing his academic studies. He opened his solo exhibition in 1956 in Ankara. After becoming a civil servant at the Ministry of Commerce, he visited many European and American cities for work. In 1958, he met many celebrities in Brussels as the director of the Turkish pavilion at the World Fair. He also visited New York City, Washington D.C. and Columbus, Ohio, which convinced him that the economical and artistic future was in the United States rather than Europe.

He made some exhibits together with his father in the Art Lovers Club in Ankara in 1959. In 1961, five of his works were accepted for the 22nd State Painting and Sculpture Exhibition, which was the biggest art event in Turkey at the time. 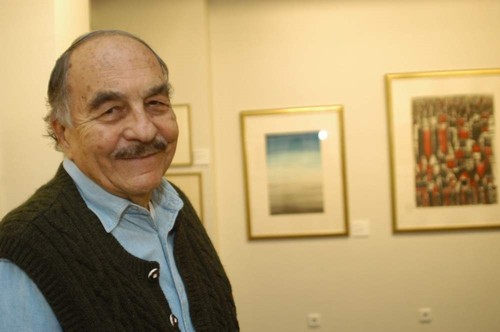 Doğançay was appointed to the General Directorate of Tourism. He represented Turkey at the 14th Tourism Conference held in Manila. In 1962, he was sent to New York as the director of the Turkish Tourism and Information Office. He continued to work as a Turkish cultural diplomat until 1964, when he decided to resign from public service and become a full-time artist in New York.

In 1963, Doğançay seized his ultimate concept as an artist: the urban walls. Doğançay said it began when something caught his eye as he was walking on the 86th street of Manhattan. "It was the most beautiful abstract painting I had ever seen. There were the remains of a poster and a texture on the wall with little bits of shadows coming from within its surface. The color was mostly orange, with a little blue and green and brown. Then there were the marks made by rain and mud," he recounted.

Doğançay opened a solo exhibition in New York with 80 collages of city walls. The exhibition was honored officially, but he couldn't sell any paintings. Nevertheless, he didn't give up. He stayed in New York and worked harder. He eventually met Thomas Messer, the director of the Guggenheim Museum, who arranged for some of his paintings to be bought by the museum. After that, Doğançay's career started to boom.

Doğançay received many national and international awards including a Medal of Appreciation from the Russian Ministry of Culture (1992) and the Turkish National Medal of the Arts for Lifetime Achievement and Cultural Contribution (1995). The Doğançay Museum opened in Istanbul in 2004 featuring the work of the artist and that of his father.