Kaval master passes down his skills to next generation 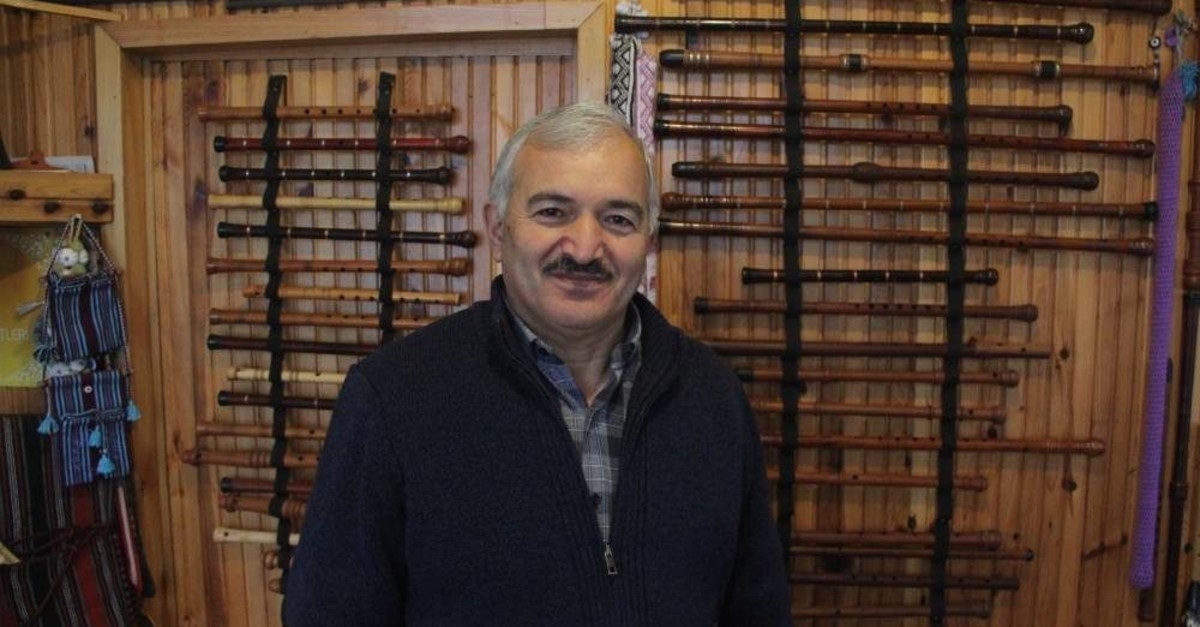 Yaşar Güç, Turkey's best-known master craftsman and player of the kaval, a wooden flute, is among the last representatives of his profession. Güç, who lives in the Niksar district of the northern province Tokat, was registered by UNESCO on its list of Intangible Cultural Heritage of Humanity as a Living Human Treasure in 2009.

Born in the village of Erikbelen in Tokat's Başçiftlik district in 1968, he was unable to continue his education after finishing elementary school. His professional story began with an apprenticeship at the age of 11 alongside his kaval master father, devoting his life to his art for more than 40 years. Güç prefers plum and apricot trees for making kavals, which are also known as shepherd's pipes.

In 2009, his name was submitted to UNESCO for kaval making and playing by the General Directorate of Research and Education of the Ministry of Culture and Tourism and in the same year, he was added to its Intangible Cultural Heritage List as a Living Human Treasure.

Güç told Anadolu Agency (AA) that he started making kavals as an apprentice and still continues as an apprentice. "Art has no end in learning," he said, adding that he has taught the art to his two children to pass down what he learned from his father to the next generation. He said he makes four types of kaval – one "without a tongue" and "with a tongue," meaning the presence or absence of a rim, and "long" and "short."

He added that making a kaval can take up to three days. Güç emphasized that he prefers two trees in particular when making kavals. "I craft kavals with hardwood from the plum tree and apricot tree," he said.

He also pointed out that the kaval has a special place in Turkish culture. "The kaval is our own instrument. It came from Central Asia. From there, it came into Anatolia and spread throughout the world. It was known as a shepherd's pipe because it was first seen in the hands of a shepherd. It has a story too. When we say shepherd, the kaval comes to mind."

Güç moved to Niksar district in 2000 and the street where he lives was named Kavalcı, meaning a person who plays the kaval. Güç said he sends his kavals to artists in Turkey and to European countries, adding that his goal is to keep the skills of making and playing the kaval alive.