'Knives Out': A whodunit with a modern twist and terrific performances 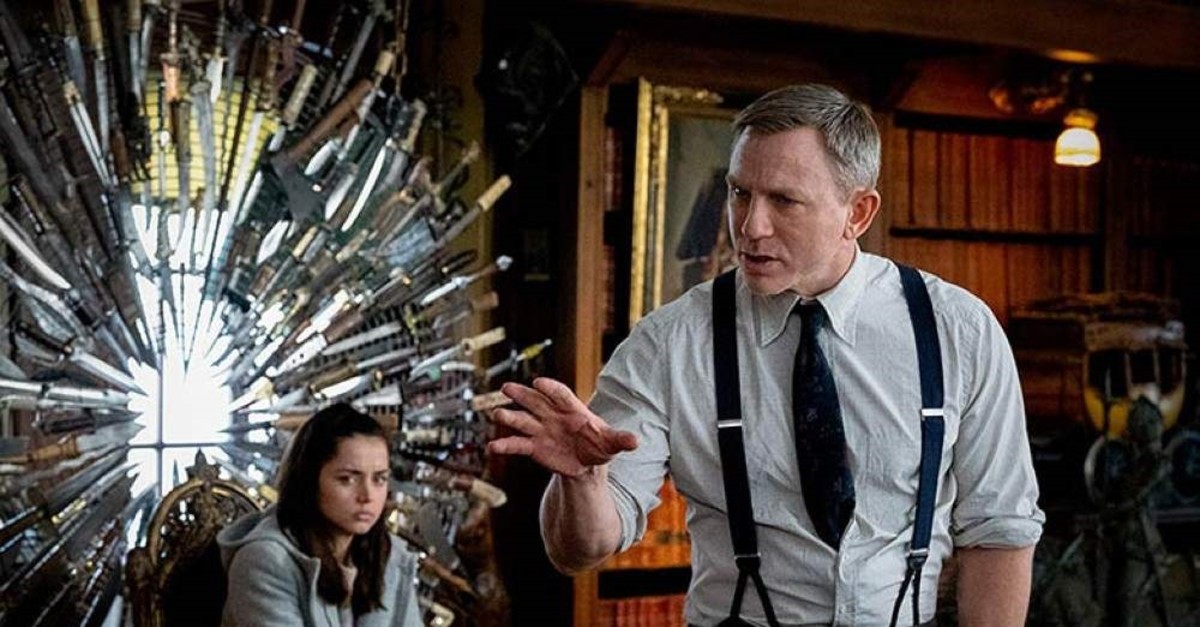 "The Moonstone," written by Wilkie Collins in 1868, is considered the world's first detective novel, which went on to spark a burgeoning genre developed through a series of impressive works penned by various acclaimed authors.

Agatha Christie is surely the first of these figures to come to the mind, with countless film and TV adaptations of works such as "Death on the Nile," "The Mirror Crack'd" and, most famously, "Murder on the Orient Express" having enchanted crime fiction lovers for eons. Although the golden age of the murder mystery was undoubtedly the interwar years, the genre is still enjoyed today. Hence why "Knives Out," a modern take on the classic detective genre, clocked up notable box office success worldwide this January.

The feature, directed by Rian Johnson, surrounds the mysterious death of the patriarch of a family as a Sherlock Holmes-type inspector engages in untangling the mystery through the medium of pure reasoning. The body of Harlan Thrombey, played by Christopher Plummer, is found dead with a slashed throat following the celebration of his 85th birthday. At first, his death is considered suicide, but each family member soon becomes a suspect when private detective Benoit Blanc, played by Daniel Craig, joins the police inquiry.

The movie reveals the family dynamics through each members' statements to two cops and the detective, with flashbacks illustrating each of their perspectives. Daughter Linda, played by Jamie Lee Curtis, is married to an unfaithful, faint-hearted husband with a son named Ransom, played by Chris Evans, who is the black sheep of the family. Meanwhile, Walt, played by Michael Shannon, is the other son, who runs his father's publishing house and is fighting to give his work an on-screen adaption; daughter-in-law Joni, played by Toni Collette, is siphoning funds from Harlan using her daughter's school costs as cover; and finally, there is Harlan's nurse, Marta Cabrera, who appears to have the purest heart of the lot, with ostensibly no advantage to take from her relationship with the deceased.

In the midst of this messy inquiry, detective Blanc is hired thanks to an anonymous envelope full of cash. Speaking of the detective, Craig's portrayal of the perfect embodiment of the male ego deserves appreciation. During the running time of the film, I realized that his accent was the most important thing that separated him from the rest of the cast. Craig had the same Southern accent in the "Logan Lucky," directed by Steven Soderbergh in 2017. However, this is my first time hearing this particular drawl. So, I should say that he owns the movie.

Similarly, there are great performances all around, including that of Ana de Armas, who shines out as the pretty, kindhearted nurse in particular alongside Craig. Especially known for her role in "Blade Runner 2049," the actress presents her character in the most authentic way. Her portrayal makes you feel her anxiety and purity over the course of the events, as you witness how she can remain an outsider as an immigrant despite every protective word of the Thrombey family seeming sincere.

The crime story, which ends with the victory of the good, never lets up the tension with a plot full of twists and turns. While it pushes the limits of an old-fashioned murder mystery with its eccentric setting, the movie presents a host of extraordinary members of the dysfunctional and combative Thrombey family with a fresh new plot, with the various conflicting situations raising the tension in every scene. However, the production comes to the fore in terms of comedic elements, too. While making the audience laugh, Johnson does not break the tension, however. At this point, the balance that the director has forged between crime and comedy is so effective that you will both enjoy the hilarity without losing your curiosity about putting the clues together in your mind throughout.

"Knives Out" is a movie that represents exactly what a modern crime mystery should be in every respect. It gets rid of the exaggerated serious face of classical whodunits with its comic elements. But, you can be sure that the fun will not divert your suspense.