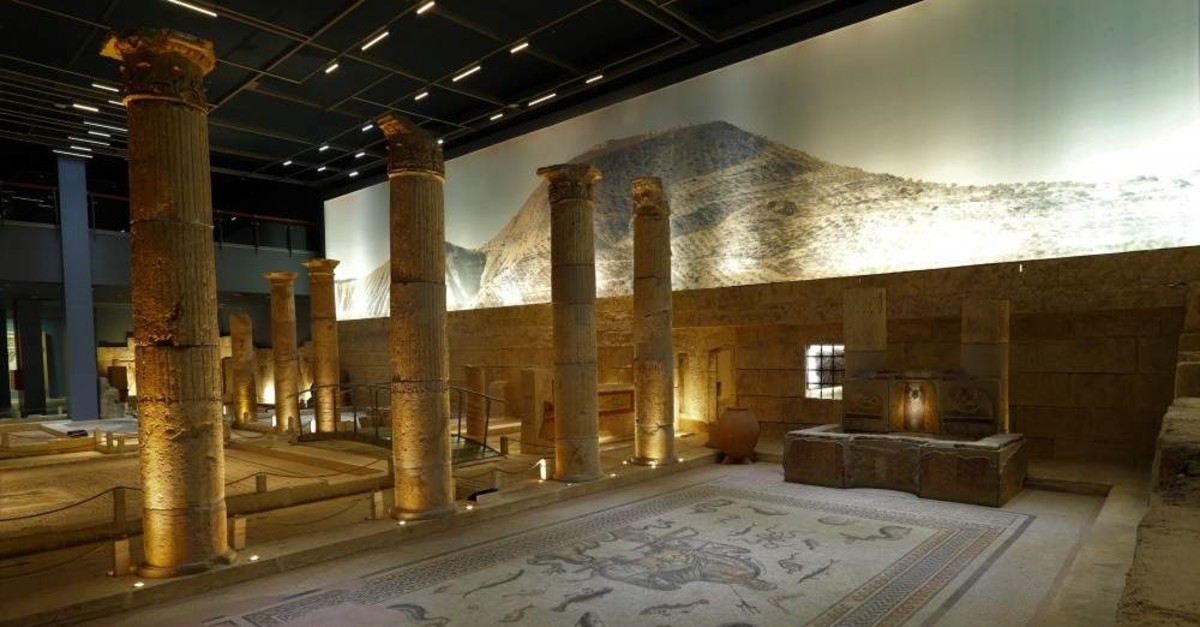 Ancient columns, mosaics and fountains are on display at the Zeugma Mosaic Museum. (AA Photo)
by Daily Sabah with AA Jan 22, 2020 4:40 pm

The Zeugma Mosaic Museum in Turkey's southeastern Gaziantep province attracted a record number of visitors in 2019, the Turkish Culture and Tourism Ministry announced.

According to official ministry data, the museum attracted a record number of visitors with 340,569 people in 2019, becoming the most-visited site in Gaziantep. One of the world's largest mosaic museums, the Zeugma Mosaic Museum is home to unique ancient artifacts, such as mosaics, Roman-era fountains and the bronze sculpture of Mars – the god of war in Roman mythology.

The famed "Gypsy Girl" mosaic, which was returned by the U.S. to Turkey after 52 years, is among the most famous pieces on display at the 30,000-square-meter museum. The girl's disheveled hair, prominent cheekbones and haunting eyes have become the face of Gaziantep since the mosaic was unearthed in the ancient city of Zeugma.