Bernardine Evaristo's 'Girl, Woman, Other' takes readers into its confidence 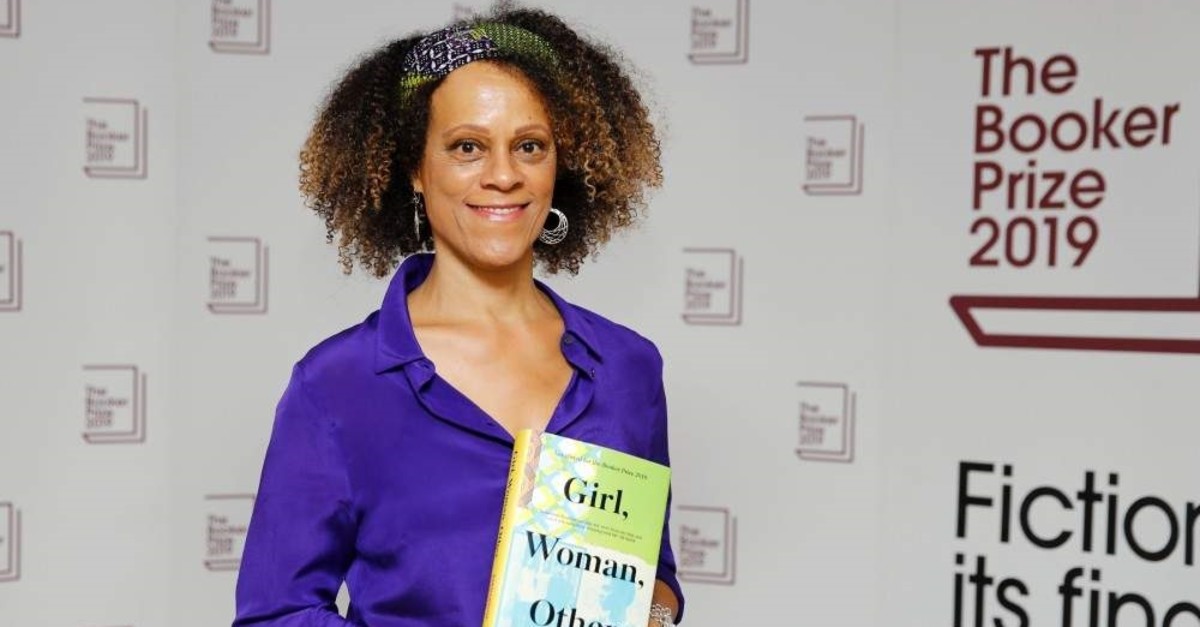 British author Bernardine Evaristo was a joint winner of this year's Booker Prize for her novel ,Girl, Woman, Other., (AFP Photo)
by Nagihan Haliloğlu Jan 28, 2020 9:29 am

I read "Girl, Woman, Other" in three sittings and when I read the last word on the page, "Together," holding back tears, I felt I had spent an incredible week in London with wonderful women – laughing, talking and eating.

The novel opens with Amma making her way to the National Theatre for the opening night of her play "The Last Amazon of Dahomey," and I am already there with her, crossing one of the bridges over the Thames as I often do when I make my own way to the National, a place I never fail to visit when I'm in London. I had my first glimpse of the National Theatre on the screen in 1996, when Hugh Grant runs into Andie MacDowell, and since 1997, I have been going there to see plays. I have now been a veritable patron of the British arts for 23 years. It always strikes me that when Londoners say "The National" they invariably do not mean the National Gallery or the National Library – which in any case is the British Library – but the National Theatre, which must be proof that the theater is the heart of the psyche of a certain class of Londoners. This is a point conveyed time and again in Amma's story, perhaps as from her radical beginnings she has reached middle age where she has caved in to the establishment, happy now to stage her play at the National, where public taste is determined and catered to.

I am very late to the Bernardine Evaristo party. The "By the same author" page contains seven more titles I am determined to get through in quick succession because there is no such thing as enough Evaristo. In "Girl, Woman, Other" she creates what seems to me a thousand characters and even if they should make an appearance of minutes, they come fully fledged, add to the scene and disappear, and some of them reappear, having usually developed into something else. All the characters depicted here are alive because, just like in real life, none of them stay the same, and the transformations, physical and psychological are described in a way that rings very true.

"Girl, Woman, Other" has four chapters that tell the story of three women who are connected through family or friendship ties. These four groups of women, in turn, are connected through very subtle links, and the novel never turns into a chase of "spot the connection" as you stay grounded in the story of the woman at hand. The transition from one story to another is so deftly orchestrated by Evaristo that even when you're finished with one you keep going. So many names, so many stories, so many connections with Africa and the Americas, and yet you are never lost. You have been taken into the fold; you are in a space of confidences that brings to mind women's stories you've heard where you come from.

Evaristo shares with the reader a very wide variety of black women's experience in the U.K., and I for one marvel at the real-life experiences and the life in books she must have had to acquire such a wealth of stories. I imagine, and envy, her sitting at kitchen tables listening to generations of black women and then transforming their lives into beautiful fiction. The generosity of her palette covers almost all thinkable areas of identity. The characters have roots in different African nations; they have different choices when it comes to gender, faith and politics, and what endeared it to me most is the generational differences, where a feminist stance that might have been radical in the '70s can look very dated to today's generation. Equally endearing and sobering is how these black British women see and judge one another while they are being seen and judged by the white world around them.

One good example of this is Carole, who we root for as someone who has suffered violence, as a model for "black girl done good." But then we see her judge her mother, and we see her assess her high school classmates who haven't had the inner drive to get themselves out of the council estates they were born into. We read Carole's dismissive thoughts about LaTisha, and we know by now that because we are in an Evaristo novel, LaTisha will have her say – she will tell us her own story and override what Carole has led us to think about her.

Toward the end of the novel, black women's history in the U.K. deepens with Hattie and Gracie, and the reader is made aware of the early beginnings of African women and men in this northerly isle. Evaristo is very delicate in her handling of the way black women might have seen themselves in a predominantly white society, say, 100 years ago. She doesn't read back an anachronistic understanding of a "black woman's identity," as Grace responds individually to individuals who may look down on her because of her skin color. Her daughter Hattie grows up on the family farm, which we discover has its own connections to the slave trade – though I do not need convincing that all English manor houses are like Thornfield in one way or another. When the time comes to find her a good husband, skin color becomes an issue again, to which the solution seems to be a ball where black British girls of various shades have been invited along with African-American servicemen. It is at this ball that Hattie discovers there are other girls like her who have presumably been subject to the same prejudices and are determined to have fun and lead a good, fulfilling life. It feels like the beginning of something new both for Hattie and the reader, that a sisterhood is blossoming, a sisterhood that will help them/us/all as the decades roll on.

The book itself is dedicated to "the sisters & the sistas & the sistahs & the sistren & the women & the womxn & the wimmin & the womyn & our brethren & our bredrin & out brothers & our bruvs & our men & our mandem & the LGBTQI+ members of the human family," and we are all there, embraced by Evaristo's generosity within the pages of "Girl, Woman, Other."