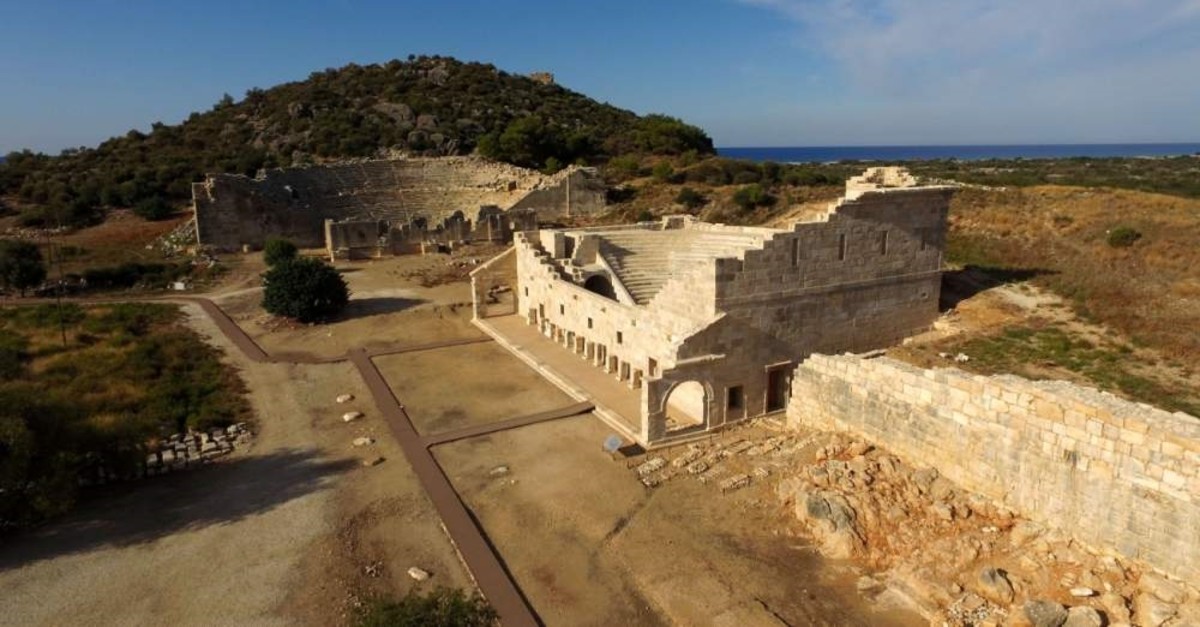 President Recep Tayyip Erdoğan officially declared 2020 "The Year of Patara" at the ruling Justice and Development Party (AK Party) parliamentary group meeting on Feb. 12 in the capital Ankara. The declaration was welcomed happily in the Mediterranean resort city Antalya, where the ancient city is located.

Kaş Mayor Mutlu Ulutaş told Anadolu Agency (AA) that the announcement of 2020 as the year of Patara made them happy. Emphasizing that Patara, the leading port city of Lycia, has hosted many civilizations in the past, Ulutaş said, "Patara has a great potential in terms of tourism. The declaration will be important for unlocking this potential. Many historical ruins of the ancient city, where the first democratic assembly is located, are waiting to be revealed. With the unearthing of the underground historical riches, Patara will regain its former glory. "

Ulutaş stated that it will be a first in the world when the ancient port in Patara is connected to the sea. "Patara will get the value it deserves, which will also lead to the promotion of Kaş." He thanked those who contributed to the decision, especially President Erdoğan.

Noting that Patara was an important trade center in the ancient era, Ege said, "It cannot be a coincidence that the theater is still standing and the oldest lighthouses and the radio station are located here."

An important part of the ancient city is open to visitors thanks to the excavations which have been carried out for many years. The ruins, combined with Patara Beach, make the ancient city a special place to visit, he said.

The people and promoters of Antalya will do their best to leverage the positive publicity from the "2020 Year of Patara" designation, Ege said. "In the direction indicated by our Ministry of Culture and Tourism, we will carry out various activities to spend this year in the best way possible. We will try to introduce Patara in national and international areas by cooperating with relevant institutions and organizations. As in the example of Göbeklitepe, Patara will be the hot spot of Turkey."

Archaeological excavations proved that the ancient city Patara goes back to the eighth century B.C. The city is 42 kilometers away from the Kaş district of Antalya and is one of the oldest settlements of the Lycian Union as a capital city. The city surrendered to Alexander the Great in 333 B.C. During the Hellenistic Period, the Lycian Council building was built. It is regarded as a symbol of democracy in Lycia and a sign of its ancient glory. The Roman general Brutus captured Patara in 42 B.C. The Lycian settlement was then annexed by Emperor Claudius and turned into a magnificent Roman site with mesmerizing beaches along the Mediterranean Sea. The city later came under Byzantine and Ottoman control. It is also known as the birthplace of Saint Nicholas of Myra (aka Santa Claus). The ancient city has great historical riches such as the amphitheater, historic lighthouse, streets, baths, Roman triumphal arch, Tepecik cemetery, basilica and various temples.