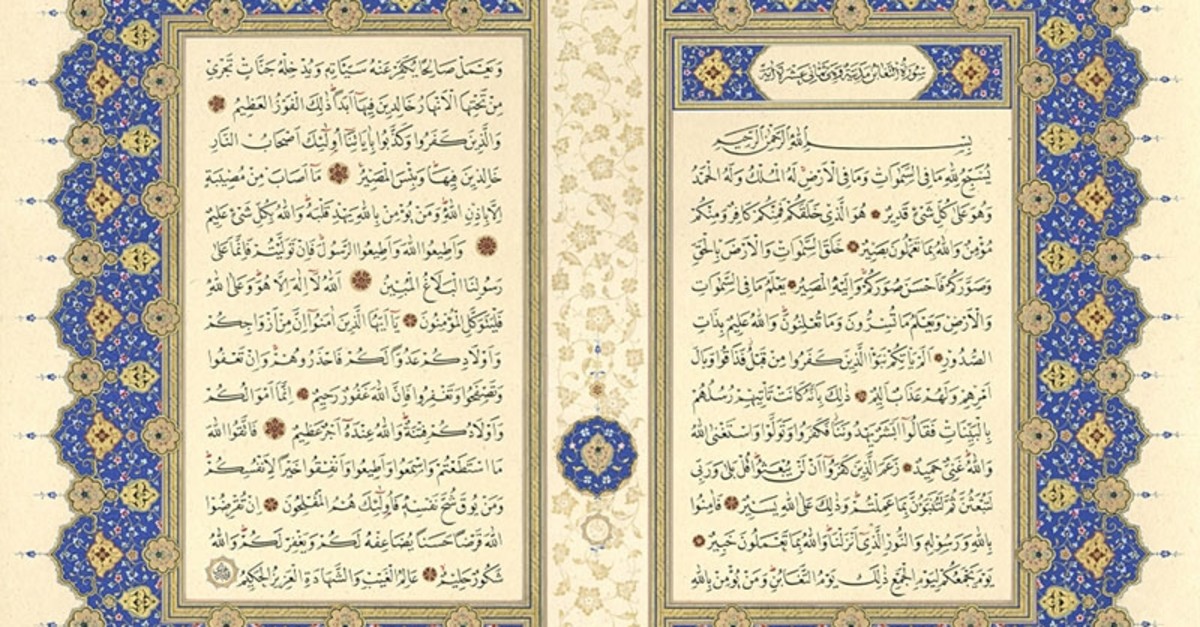 Albaraka Türk, a successful bank in the field of participation banking as well as in culture and arts, has opened the "Albaraka Calligraphy Collection Exhibition" in Cologne, one of Germany's most influential cities, as part of its cultural and art events. The calligraphy exhibition, inaugurated at the Yunus Emre Institute in Cologne on Feb. 14, 2020, will be open to visitors until Feb. 28.

Albaraka Türk continues to work to achieve its goals of making the classical Turkish-Islamic arts permanent, handing them down to future generations and promoting them all over the world. In this context, Albaraka Türk, to support the important cultural heritage of the art of calligraphy and introduce it to the world, has created the Albaraka Calligraphy Collection, which consists of calligraphy, illuminated manuscript and marbling – branches of classical Turkish-Islamic art – with art lovers in Cologne, Germany.

Speaking at the inauguration of the exhibition, Altundağ said they attach great importance to culture and arts, especially the art of calligraphy, in addition to their activities in the banking sector. Indicating that they have long worked in this area, Altundağ continued: "We are taking important steps for the development, recognition and promotion of the arts of calligraphy, illuminated manuscript and marbling all over the world. In this context, we are very pleased to be bringing together a selection of the important works of the Albaraka Calligraphy Collection with art lovers at this exhibition in Cologne, one of the leading cities in Germany." Pointing out that they have so far exhibited artworks in the collection in the U.S., Cuba, Hungary, Poland, Austria, Germany, the U.K., the Netherlands and Italy, he added: "It is a joy for us to present our works, which we have exhibited in different parts of the world, with art lovers in Cologne this time. We hope that these works, which we have included and exhibited in the Albaraka Collection as a result of a careful and meticulous study, will inspire future generations to carry the cultural heritage we have inherited with the same responsibility. We plan to open our Albaraka Calligraphy Collection exhibition for art lovers in different regions and different countries in the near future."