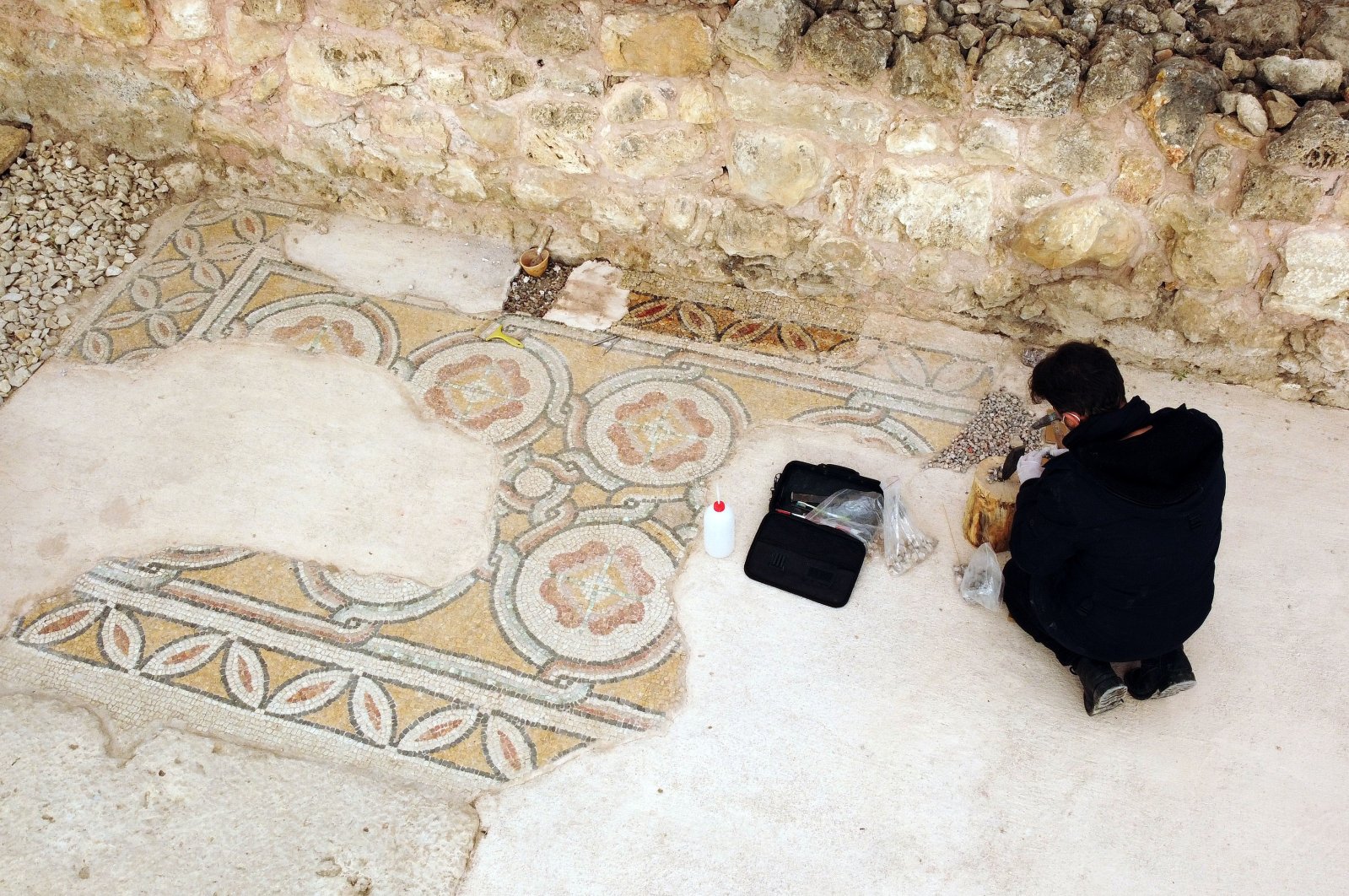 Some 1,800-year-old grave offerings have been unearthed as part of the latest excavations in a grave in the ancient city of Hadrianopolis in the Eskipazar district of Turkey's northern Karabük province. The artifacts, consisting of oil lamps, medical instruments, rings and mirrors, were unearthed from a woman's grave.

The ancient city, which is considered to have been used as a settlement in the Late Chalcolithic, Roman and early Byzantine periods, is known as the "Zeugma of the Black Sea" due to its mosaics depicting many animals such as horses, elephants, panthers, deer and the legendary creature called a griffin. The excavation work began in the ancient city of Hadrianopolis in 2003 and is being carried out under the coordination of Karabük University Archeology Department lecturer Ersin Çelikbaş under the presidency of the Kastamonu Museum.

The excavation work continues on 14 scattered structures, consisting of two baths, two churches, one defense structure, rock tombs, one theater, one vaulted and domed structure, one monumental cult niche, fortifications, villas, other monumental buildings and some cult areas detected during surface studies in the ancient city. In previous excavations in the area, ancient coins, bone buckles, a unguentarium (tear bottle), second-century tombs, votive plaques, Late Chalcolithic ceramics and altar pits had been found. The movable finds, which were examined in the excavation house, are being taken to museums in neighboring cities, while the immovable ones are being preserved where they are.

In this year’s excavations, the 1,800-year-old grave offerings have been the most significant finds. According to Çelikbaş, this year’s finds revealed that the history of Hadrianopolis dates back to the Late Chalcolithic period. “During the excavations this year, we have obtained very important findings. One of the excavations carried out in three areas is in the necropolis area consisting of rock tombs. We have reached important tombs in the necropolis area. We can say that these graves, along with the offerings, are the most important materials that tell us about the people of that period as well as their traditions and rituals,” Çelikbaş noted.

Pointing out that one of the graves they have found is very interesting, Çelikbaş said: “The unearthed offerings reveal that the grave belongs to a woman. Underlining that they have uncovered an oil lamp, a medical instrument, a ring and a mirror, all of which urged them to think that this grave is of a female doctor, Çelikbaş noted: “This is because the medical find is a probe with a spoon tip. It was a tool used by doctors in antiquity.”