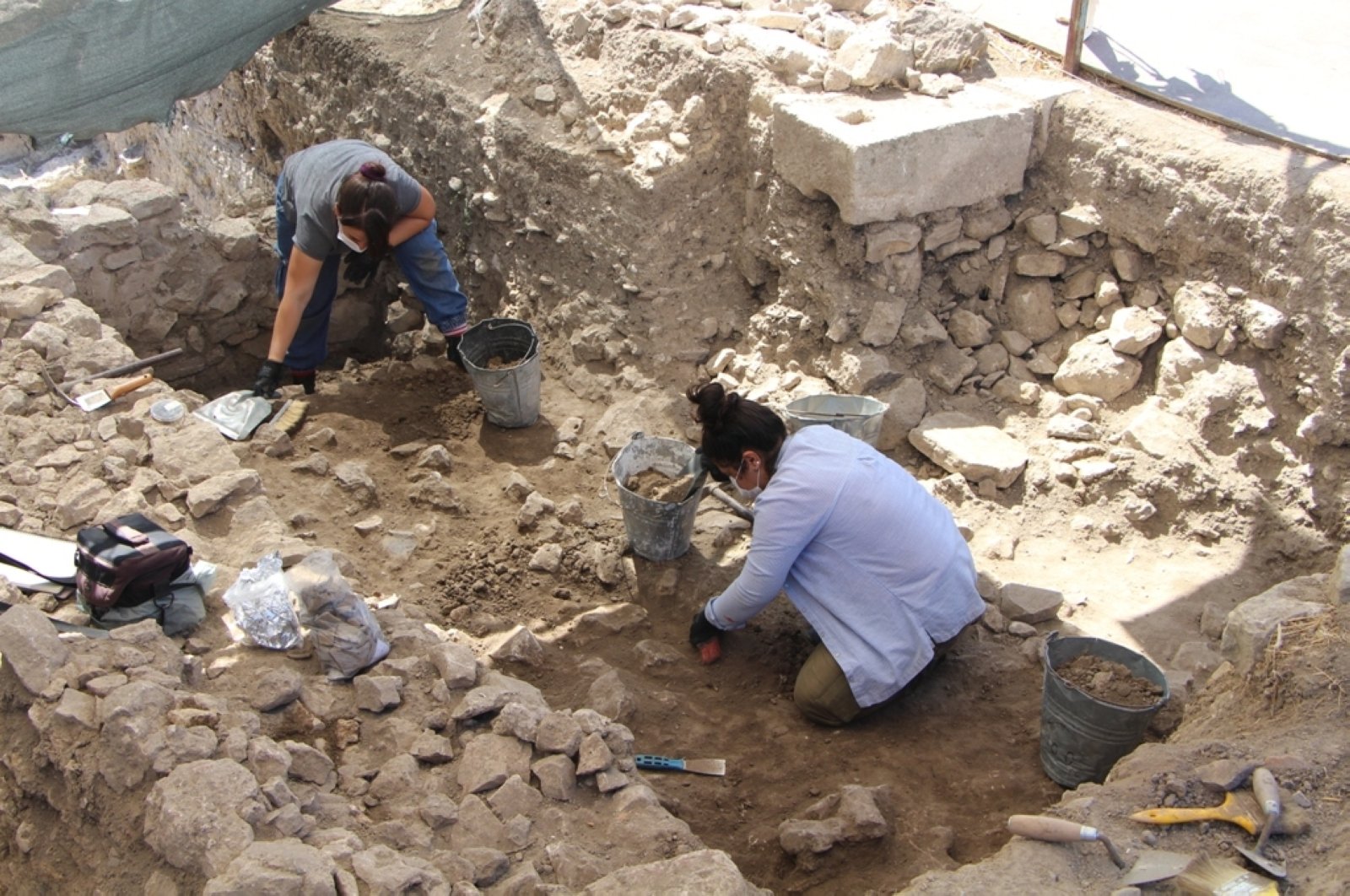 A terracotta mask dating back nearly 2,400 years has been found during excavations in western Turkey, said the head of the excavation team.

Archaeologist Kaan Iren, leading the excavations in the ancient city of Daskyleion in the western Balıkesir province, told Anadolu Agency (AA) that a mask of the ancient Greek god Dionysus, found in the city's acropolis, is one of this year's most interesting findings. "This is possibly a votive mask. More information will become available over time with more research," said Iren, a professor at Muğla Sıtkı Koçman University.

Legend has it that wearing such a mask is a way of paying homage to Dionysus, the Greek god of carnivals and masquerades, by allowing you to free yourself from secret desires and buried regrets. Dionysos is said to have concealed both his identity and his power and is considered a patron of the arts.

Daskyleion is located on the shore of Lake Manyas in the Bandırma district of Balıkesir, from the time when Asia Minor had many ancient Greek settlements. Iren said that this year, a cellar was unearthed in the Lydian kitchen in the city's acropolis. "Work continues to obtain seeds and other organic parts from the excavated soil in the Lydian kitchen and its surroundings through a flotation process," he added.

Through more research, the cuisine and eating habits of the region from 2,700 years ago will be better understood, the archaeologist said. In the seventh century B.C., the city was named Daskyleion when the famous Lydian King, Daskylos, came to the city from Sardis due to dynastic quarrels, according to Turkey's Ministry of Culture and Tourism website. His son Gyges was born in Daskyleion and later recalled to Lydia.

After Gyges became the king of Lydia, the city was renamed Daskyleion – the place of Daskylos – around 650 B.C.