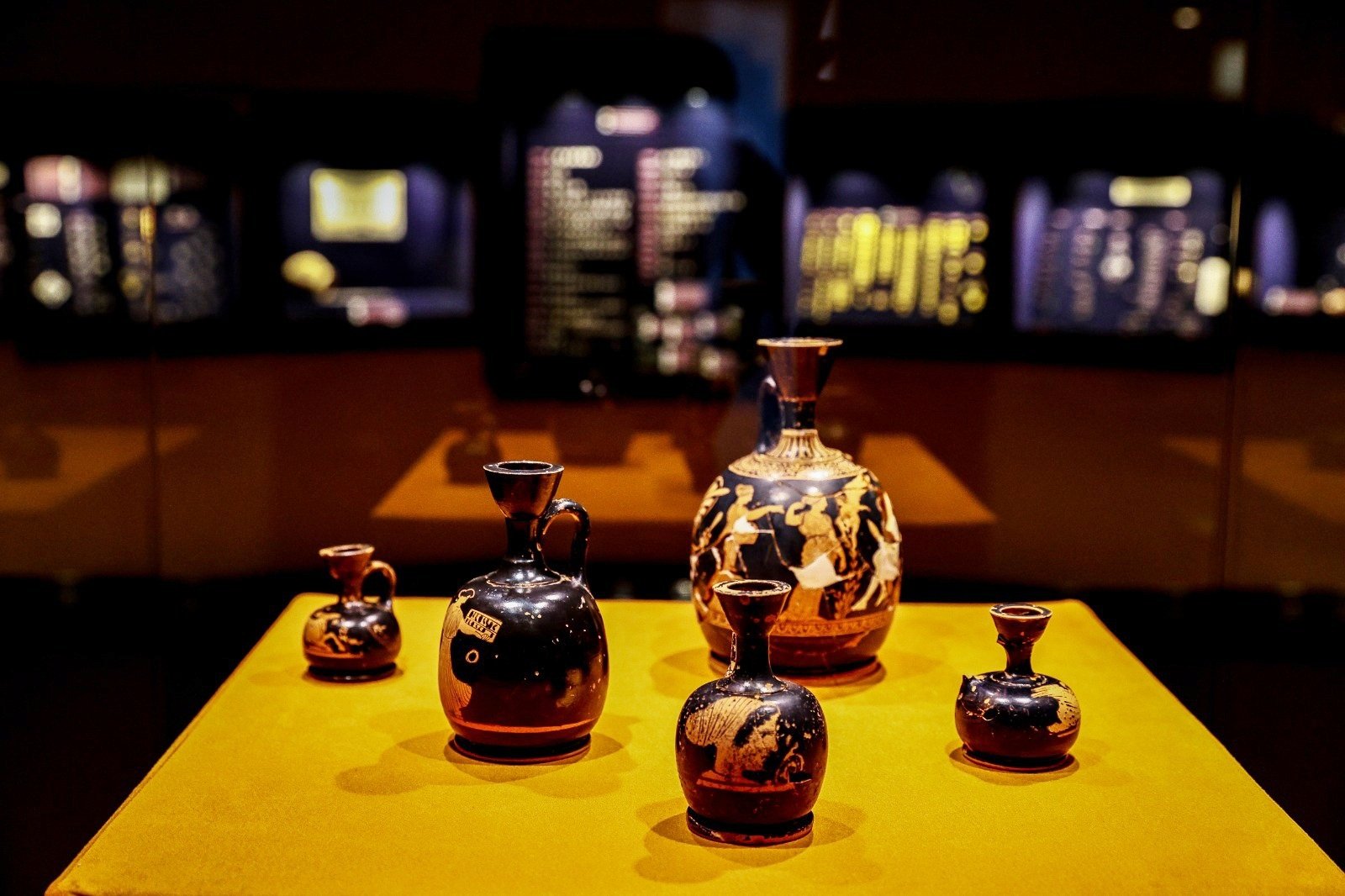 The Izmir Archaeological Museum is showcasing the containers called “Attic Red-Figure Squat Lekythoi” until the end of February as part of its project “You will see what you could not see.” The priceless artifacts are on display at the museum for a month.

Izmir Archaeological Museum Director Hünkar Keser told Anadolu Agency (AA) that the museum has 180,000 artifacts but they can only display 5% of them. Many valuable pieces that are not on display are preserved in storage.

Lekythoi are ancient Greek vessels made by a method known as “red-figure pottery.” These were used to store oil and perfume and were decorated at the Potters’ Bazaar in Athens 2,600 years ago. These vessels, engraved with elegant figures of Athenian women, swans and mythological beings by master artists, have been unearthed by the Izmir Archaeological Museum during recent excavations in western Izmir's Seferihisar district and in the ancient city of Neonteikhos in Menemen.

These historical containers, which conserve perfumes and fragrant oils obtained from flowers, are believed to have been brought to Izmir and its surrounding region in the fifth or sixth century B.C. They were used by women of the upper social strata and were buried with them after their death.

These artifacts are proof of the interest that has existed in perfumes, showing that perfume bottles were brought from distant lands throughout history.

“In February, we bring our visitors together with 'Attic Red-Figure Squat Lekythoi.' These artifacts were painted by veteran artists of the period. They were produced in the sixth century B.C.,” Keser told Anadolu Agency (AA).

Keser noted that the artifacts may have been brought to the Izmir region by a well-heeled merchant as souvenirs or to be sold at the port.

“They imported the artifacts which they had painted with their superior artistic approach to the Aegean region, most of which consisted of herbal scents. They were imported in smaller containers as they contained very valuable perfumes and fragrant oils. On these containers, the technique of painting black on red ceramic was applied. Painters produced figures that were remarkably in tune with human skin color and anatomy and both mythological figures and everyday issues were depicted on the bottles,” said Keser.

Keser stated that there are very few red-figure artifacts that have survived to the present day. “Precious scents are very rare, and the work of an artist who lived in ancient times is priceless,” he added.