3,600-year-old map of stars to go on display in British Museum 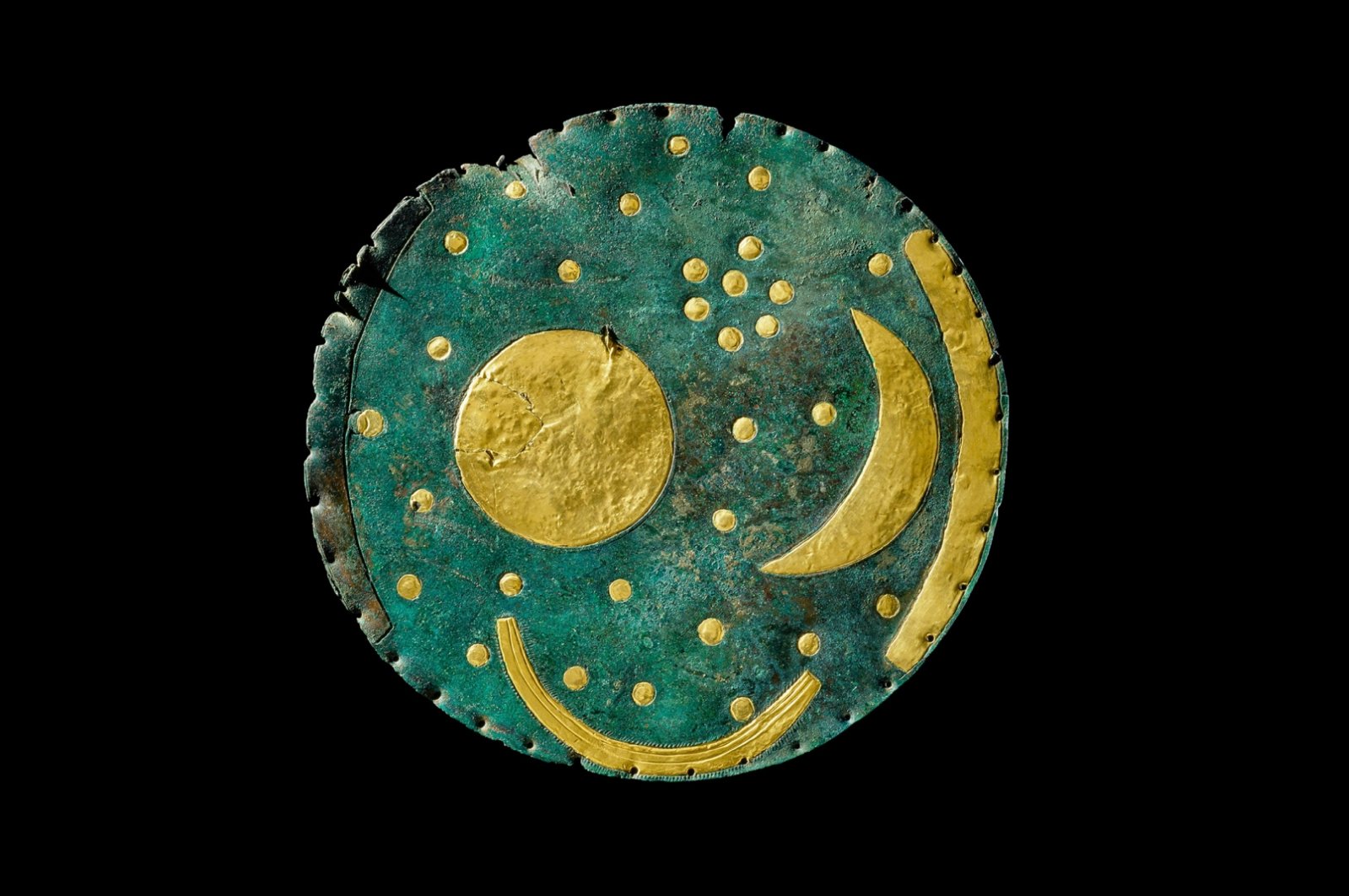 London’s British Museum will exhibit the Nebra Sky Disk, thought to be the oldest known map of the stars, next year.

The 3,600-year-old, 30-centimeter (nearly 12-inch) bronze disk with a blue-green patina is decorated with inlaid gold symbols thought to represent the sun, moon, stars, the solstices and the Pleiades constellation.

It was discovered in 1999 near the town of Nebra in Germany and is being loaned to the British Museum by the State Museum of Prehistory in Halle.

It is the first time it has been loaned internationally for 15 years.

It will form part of an exhibition on Stonehenge which will open in February.

Neil Wilkin, curator of “The World Of Stonehenge” at the British Museum, said: "The Nebra Sky Disc and the sun pendant are two of the most remarkable surviving objects from Bronze Age Europe. Both have only recently been unearthed, literally, after remaining hidden in the ground for over three millennia. We're delighted that they will both be key pieces in our once-in-a-lifetime Stonehenge exhibition at the British Museum. While both were found hundreds of miles from Stonehenge, we'll be using them to shine a light on the vast interconnected world that existed around the ancient monument, spanning Britain, Ireland and mainland Europe. It's going to be eye-opening."