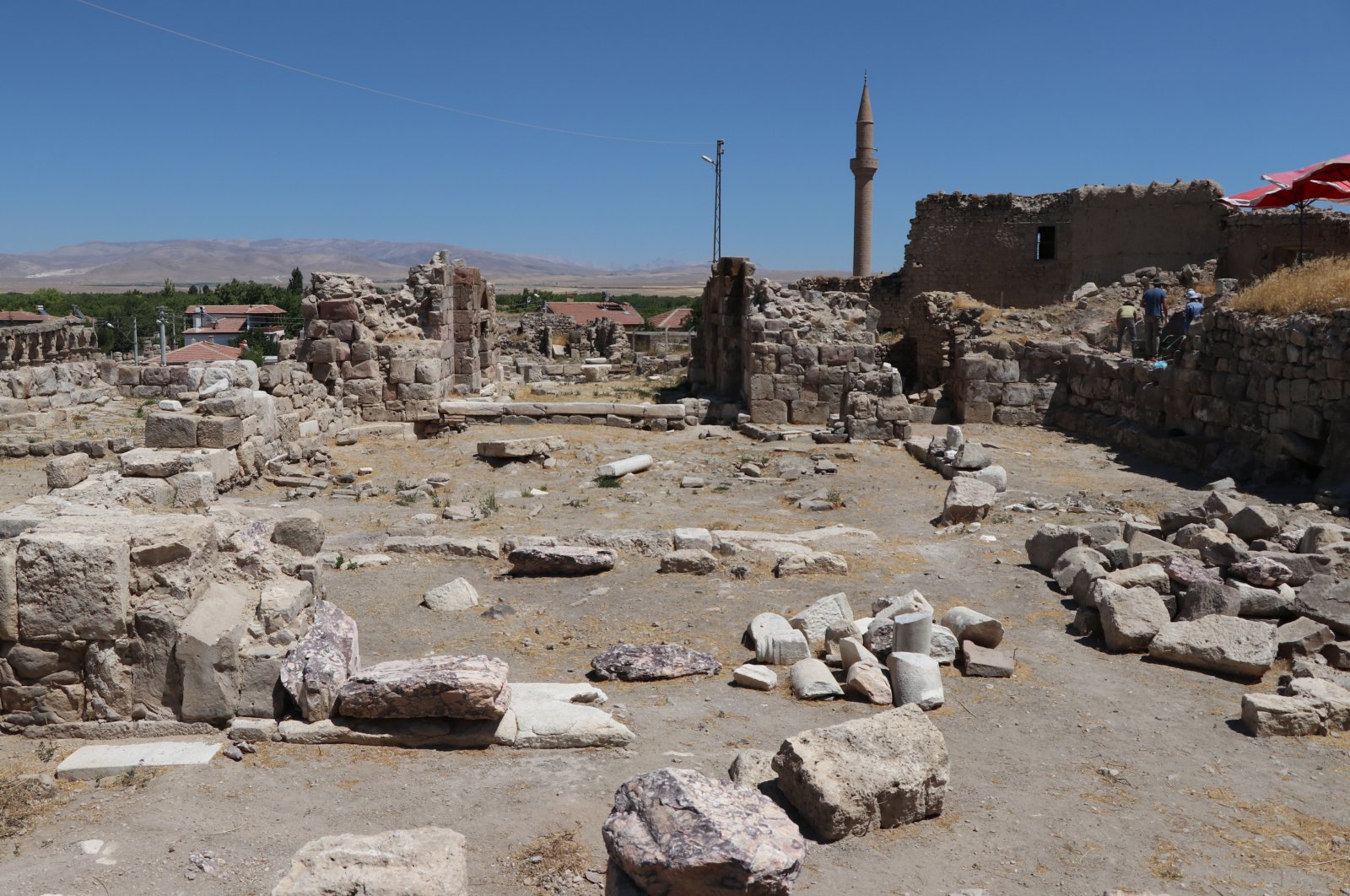 Archaeologists are hard at work on the excavations in the ancient city of Tyana, located in the Kemerhisar district of Turkey’s central Niğde province. During recent work at the site, an octagonal church and rare coins thought to date back to the fourth century were unearthed.

Associate professor Osman Doğanay, the head of the excavation committee and a lecturer at Aksaray University's Department of Archaeology, told Anadolu Agency (AA) that the excavation work at the ancient city of Tyana was started by an Italian team in 2001. At the Turkish Presidency's decision, excavations have continued this year, alternately carried out by smaller teams working with certain restrictions due to the COVID-19 outbreak, Doğanay said.

The coins found during this excavation season play an important role in dating structures in the ancient city of Tyana, Doğanay said, adding: “We believe the coins date back to the early fourth century A.D. So, we have evidence on when the fortifications and aqueducts were constructed here."

However, "the most important finding of the excavations we have carried out is the octagonal-planned church," he noted.

Pointing out that there are very few examples of such churches in Anatolia, Doğanay said the structure is the only specimen of this size in the Cappadocia region. “We had some doubts about the dating of the church. But the coins we found here have confirmed that the church was built in the fourth century A.D.,” he said.

Aqueducts, pools and Roman baths are other important structures that have been found at the ancient city of Tyana, whose history dates back 4,000 years, Doğanay said. He noted that the ancient city was inhabited continuously for much of those 4,000 years, due in part to its key location at the head of the Cilician Gates (or Gülek Pass), which connects the Central Anatolian region to the Mediterranean coast and the Mesopotamian Basin.