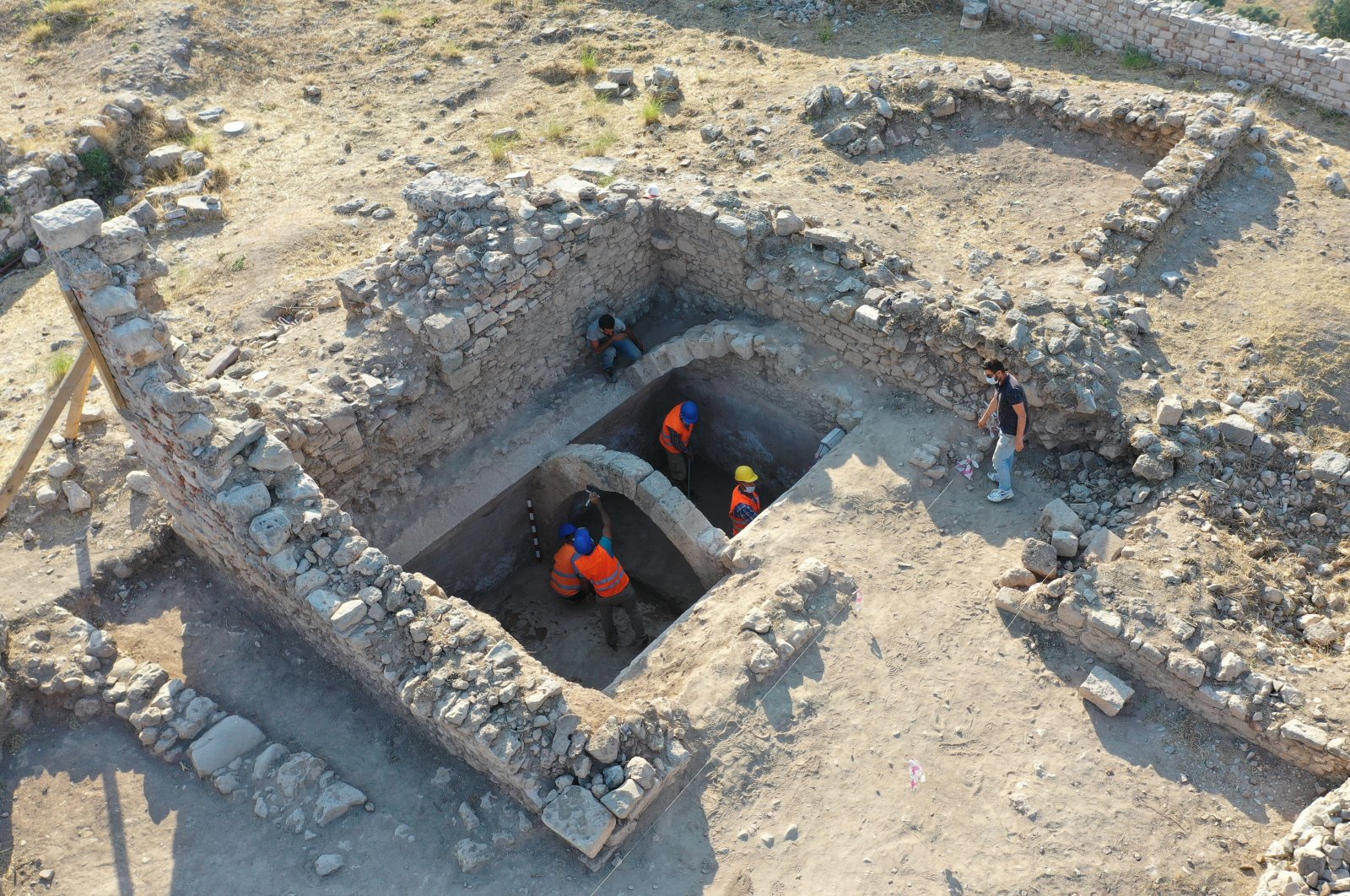 Historical artifacts and ruins unearthed in the medieval city of Beçin, located in the Milas district of southwestern Muğla province, continue to shed light on the history of the region. Recently, a 700-year-old cistern was found in the city, one of the most important archaeological sites in the region, during ongoing excavations.

The medieval city of Beçin once served as the capital of the Anatolian Menteshe Principality and is on UNESCO's tentative list for world heritage sites. The surviving historical buildings are being restored and have attracted tourism back to the city.

Professor Kadir Pektaş, head of the excavation team at Beçin, told Anadolu Agency (AA) the historic cistern was discovered during the excavation of the ruins of a house in the area. Pektaş said the cistern was built with cut stones and is a rectangular structure with a barrel vault supported by an arch in the middle. “The cistern, which we believe dates back to the 14th century, had a special function, especially in times of war. When the forts of a city were besieged, the first thing that was done to ensure that its people would surrender was the destruction of the waterways. With the challenge of water supply, the city's people were urged to surrender. That situation was when the cisterns inside the city came into play," the professor explained.

"Therefore, the cistern in Beçin is very important for us. This structure, along with other relevant findings, is a beautiful specimen that has survived to the present day,” he said.

Pektaş stated that other cisterns could also have been built in other parts of the castle as well. Among the findings were women's jewelry, an olive oil scale and a thumb ring, Pektaş said, adding that the artifacts have provided information about the social, cultural and economic life of the period.

The professor said that a female figure carrying water was found during the excavations and pointed out that this piece is also a very important find. He emphasized that similar female figures dating back to the fifth century B.C. were often present in sacred areas in ancient times.

“There have been examples of this figure unearthed in the Caria region (the ancient name of the geography in southwest Anatolia, close to the northern parts of present-day Muğla). However, we were not aware of Beçin Fort's sacred significance. Its emergence suggests that this place may have been a sanctuary in ancient times. That is not surprising because tombs and findings dating back to much earlier periods and Chalcolithic periods have been found in Beçin,” Pektaş said.