A contemporary view of Kütahya’s tiles and ceramics: ‘Voroni’ at Pera Museum 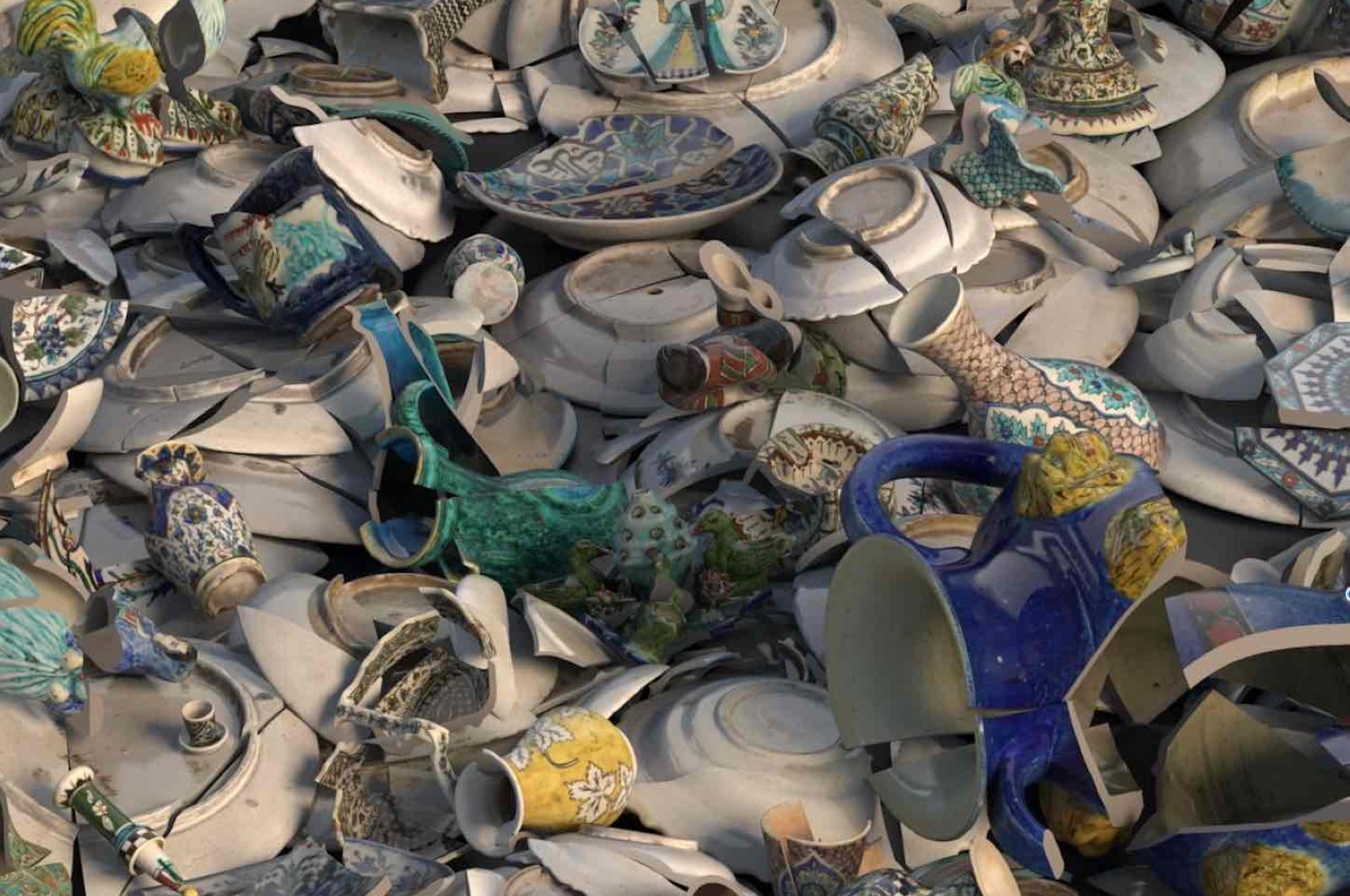 The video titled “Voronoi,” designed by the Oddviz art collective and inspired by the Suna and İnan Kıraç Foundation’s Kütahya Tile and Ceramics Collection opened for visitors on March 3 at Istanbul’s Pera Museum.

Istanbul’s Pera Museum has marked 15 years since its inception by presenting art lovers a video titled "Voronoi," produced by the art collective Oddviz, which produces three-dimensional digital replicas of objects and spaces using the photogrammetry technique. "Voronoi" encompasses the digitization of approximately 150 works selected from the museum's permanent collection in three-dimensional form.

The work focuses on traditional items from the collection. Dating from between the 18th and 20th centuries, the contemporary and digital language of their expression allows for a closer inspection of their aesthetic. Emphasizing the transitivity between the digital and physical world, the video also offers commentary on the role that museums play in the preservation and conservation of cultural property and the passing down of heritage and art to future generations. The video is thus named after the math function that allows modeled objects to be broken apart digitally.

The video, which combines art and technology, and the traditional and the contemporary in a humorous style, can be viewed between from March 3 to Oct. 25 in the Kütahya Tile and Ceramics exhibition hall during visiting hours.

About Oddviz
Oddviz is an artist collective that focuses on scanning objects or spaces using a technique called photogrammetry, which in turn produces 3D digital replicas. The collective presents digitized commodities in a virtual environment and visualizes them through installation, spacing and light.
Çağrı Taşkın is a former student of architecture who has since joined the movement working on 3D modeling, visuals and visualization. Serkan Kaptan, meanwhile, studied engineering and did his masters in environmental studies. He works in digital arts, performance art and political ecology. Erdal İnci, meanwhile, studied painting and now works in photography and digital arts.

As the second-most important center of ceramic production after İznik during the Ottoman era, Kütahya witnessed intensive ceramic production in the Phrygian, Hellenistic, Roman and Byzantine periods, and has upheld a role in carrying on this art form ever since. Having reached its creative zenith in the 17th and 18th centuries, the ensuing years witnessed the decline of production. This was once again revived, however, in the late 19th century when, standing somewhere between İznik and Çanakkale ceramics as an “urban art,” ceramics became an integral part of the Ottoman art mosaic with its broad product range and continuity.

The beginnings of the Suna and İnan Kıraç Foundation's Kütahya Tiles and Ceramics Collection date back to the 1980s. The collection has since grown to become one of the most outstanding collections of its kind. Today, the extensive collection consists of nearly 1000 remarkable pieces representing various periods and styles. The collection offers an unparalleled variety of embellishments and forms and is remarkable in terms of the quality of the items on display.