A secret ancient city: History of Syedra brought to life through excavations 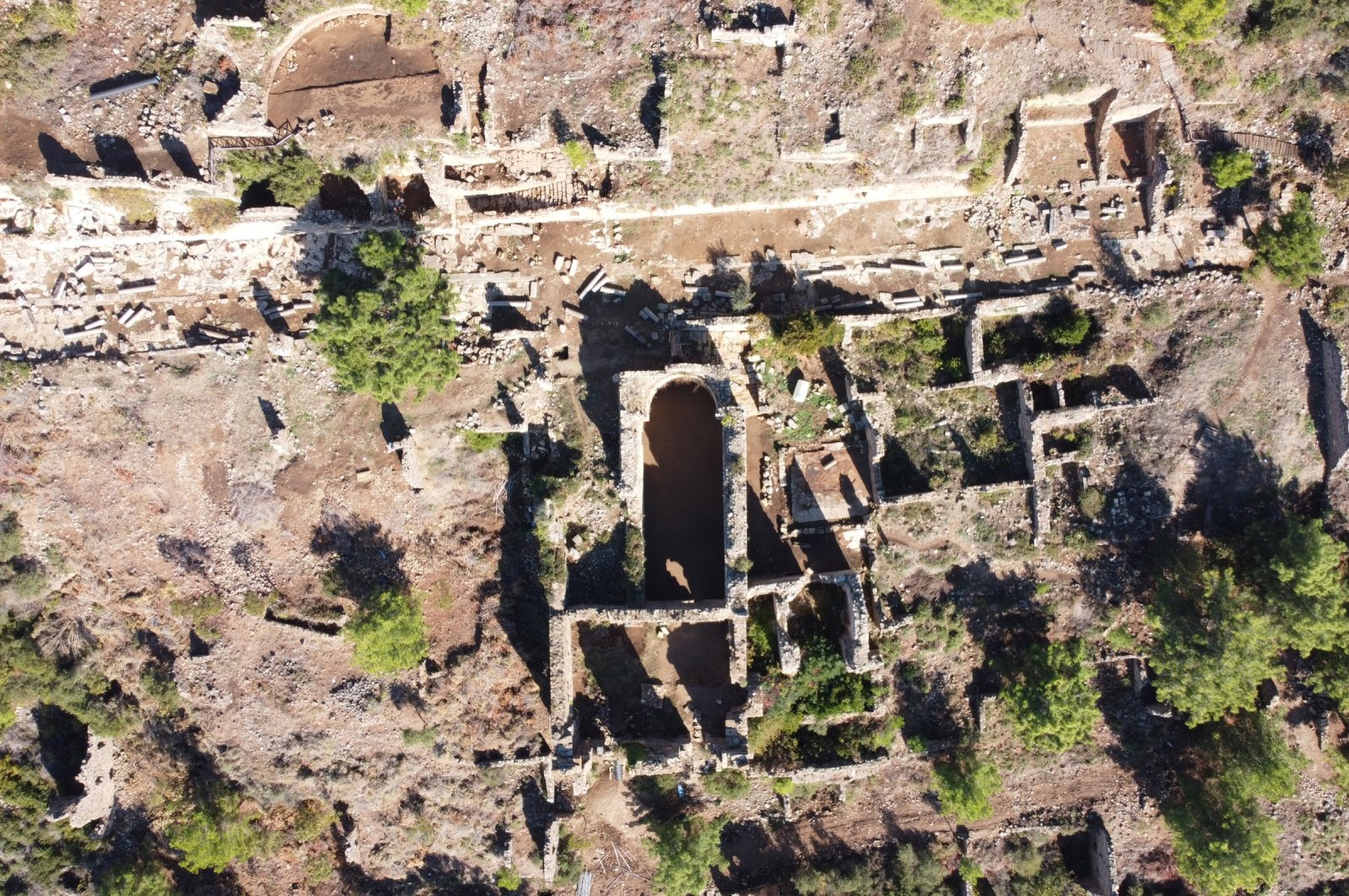 If you are a history and archaeology enthusiast, here's some insight into the ancient city of Syedra established in the third century B.C. and once a pivotal spot for the Roman Empire

Throughout its long history, Turkey has been the birthplace of many great civilizations and empires, all of which have left their mark in unique ways. Ancient cities and archaeological sites of the country continue to reveal the historical diversity of Anatolian lands. A lesser-known one among these historical places is the ancient city of Syedra in sun-soaked Antalya province on the Mediterranean coast. While recent excavation works have shed light on the Hellenistic, Roman, Byzantine and Anatolian Seljuk periods in Syedra, let us discover the history and archaeology of the ancient city.

According to finds uncovered during excavations, which continue with the permission and support of the General Directorate of Cultural Assets and Museums of the Ministry of Culture and Tourism, the ancient city of Syedra dates back to the third century B.C. While the settlements in the ancient city continued until the 13th century, Syedra's most glorious time was in the second century A.D., when the city walls were erected.

The ancient city, located in the Alanya district, is notable for its infrastructure systems created for clean water, a colonnaded street, pools, cisterns, an ancient temple and workshops. There is also an interesting cave where baptisms took place in the early Christian era. The cave stands out with its frescoes. The ruins of such places can be visited by tourists free of charge.

Associate professor Ertuğ Ergürer, head of the excavation team in the ancient city of Syedra, told Anadolu Agency (AA) that Syedra was one of the most important cities of the Cilicia region. Referring to the fact that the first excavation work in the city was a rescue excavation in 1994-1999, Ergürer said that the colonnaded street, which is considered the heart of Syedra, was also uncovered during this period.

Noting that they focused more on major structures during the 2019 excavations in the city center, Ergürer continued: “We discovered architectural examples of antiquity in Syedra. As the terrain here is challenging, the fact that the people of Syedra could decorate their city with these architectural elements shows their authenticity. The altitude suddenly rises 400 meters (1,300 feet) from the sea level here. The ancient people first processed natural rocks and placed architectural structures on them later.”

Underlining that Roman and Byzantine architecture is predominant in the overall city, Ergürer stated that they also found ceramic pieces belonging to the Anatolian Seljuks in recent excavations.

Ergürer further said artifacts discovered in previous excavations dated back to the third century B.C., adding: “In the 2020 excavation, we found ceramics dating back to the ninth century B.C., or the Iron Age, in one area. Most of the structures in the ancient city have been preserved to this day because people of the region adapted the geological structure to the architecture and vice versa.”

Indicating that one of the important systems in the city is infrastructure, Ergürer said the water distribution system was prepared with the connection of channels to cisterns before the large structures in the city were established. “We can see it in the bathhouse in particular. They used the city's natural water resources very well and stored the water,” he said.

Ergürer said they have yet to figure out the functions of some structures in the city, adding that excavations have intensified in the bath area, the best-preserved structure in the city. According to Ergürer, the Roman coins and inscriptions unearthed in this area have also revealed the presence of a sports complex for wrestling.

Pointing out that the colonnaded street with magnificent architecture is located in the heart of Syedra, Ergürer said that this area, where granite columns once rose, was covered with a roof, and large shops were built behind it. Besides, a large number of workplaces detected in the city indicate that the people of the city were intensively engaged in olive oil and wine making. “We know that large containers with double handles, which we call ‘amphora,’ were exported to different cities from here. Apart from this, it was clear from the inscriptions found in the colonnaded street that the city had a parliament building. In earlier studies, it was thought that the parliament building was located in the lower part of the city. But in recent studies, we found that the parliament building is located on the terrace in the colonnaded street,” he concluded.