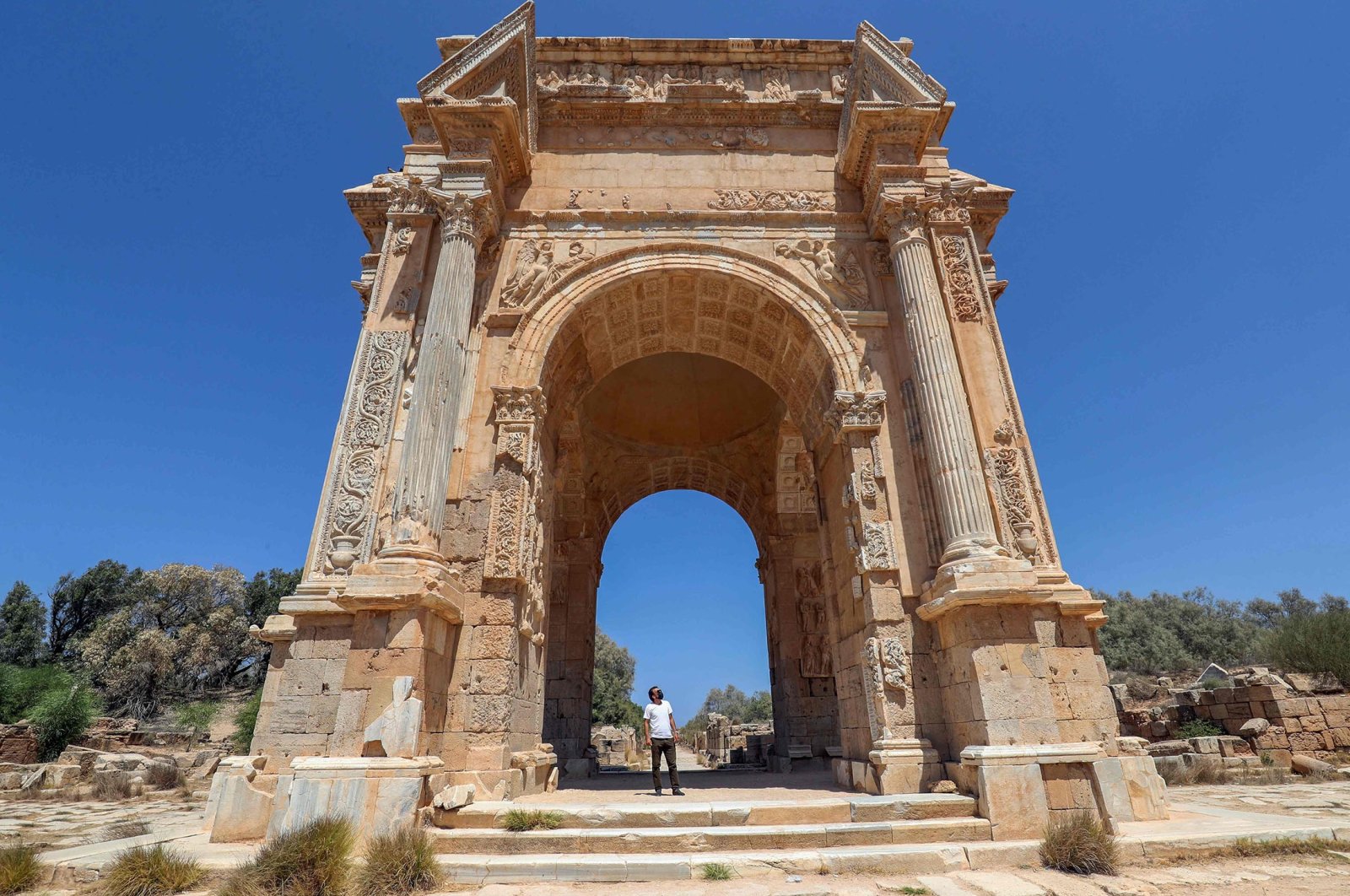 The ancient city of Leptis Magna, as was its name in antiquity, was once one of the most prominent and beautiful cities of the Roman Empire. Today, the relic from the past lies neglected and shunned by tourists in Libya, as a decade of war has deterred most, but some see its potential for rebirth.

There is no queue at the gate and only a handful of visitors, almost all Libyans, wander among the imposing ruins at the UNESCO World Heritage site.

Visiting the area, a former Roman outpost on the south coast of the Mediterranean, is "a voyage in time, a dive into history," enthuses Abdessalam Oueba, a Libyan visitor in his 60s.

Founded by the Phoenicians then conquered by Rome, the city was the birthplace of Septimius Severus, who rose to become emperor from 193 until 211.

The ruler waged military campaigns across Europe and into modern-day Iraq before dying in York, England, far from the hometown on which he had lavished resources.

Perched on a hillside with a striking view of the Mediterranean, the well-preserved ruins include a large basilica, a racecourse and a theater seating up to 15,000 spectators on arched terraces overlooking the sea.

Among the few visiting tourists are Ihab, from Tripoli, who made the 120-kilometer (75-mile) trip to show his children a site he had visited during his own childhood.

"Leptis Magna is beautiful, the most beautiful Roman site outside Italy," the 34-year-old doctor said under a clear blue sky.

"Yet it's barely been discovered."

The violence that wracked Libya after the 2011 revolt that toppled dictator Moammar Gadhafi stirred fears for the ancient ruins, prompting United Nations cultural agency UNESCO to place them and four other Libyan sites on a list of global heritage in danger.

But so far, the areas have been mostly spared from the fighting, which has largely paused since an October 2020 cease-fire.

"There haven't been any direct attacks or threats against Leptis Magna, despite the conflict," said Azeddine al-Fakih, head of the site's antiquities department.

Yet it faces other threats: a lack of resources and government support.

"In 2020, we were finally able to launch projects that should have been finished 50 years ago," he said, listing toilet facilities, offices and a perimeter fence.

"But archaeological digs have stopped, and maintenance operations are rushed and superficial."

Fakih admitted that after 10 years of conflict and state collapse, Libya's current unity government "has bigger problems to deal with."

There was almost no tourism in Libya under Gadhafi, whose rule from 1969-2011 depended heavily on the country's vast oil wealth.

Gadhafi began issuing tourist visas for the first time in 2003 and even created a ministry of tourism as the regime began mending ties with the West.

But all that stopped in 2011, when a NATO-backed revolt overthrew and killed Gadhafi, plunging the country into years of chaos.

Now, a yearlong lull in violence has sparked hopes the country can move on.

Omar Hdidan, a civil engineer who volunteers to promote and maintain Leptis Magna, believes in its potential for tourism.

"It has always been neglected by the state," the 49-year-old said.

"There are no digs, no new discoveries, no campaign to encourage tourism. But Leptis Magna is more valuable than 10 oil wells."

Leptis Magna "could be a source of income if it was managed properly," he said.

"It could create thousands of jobs, welcome millions of tourists and bring in billions of dollars. There will come a day when the oil runs out, but Leptis Magna will remain."