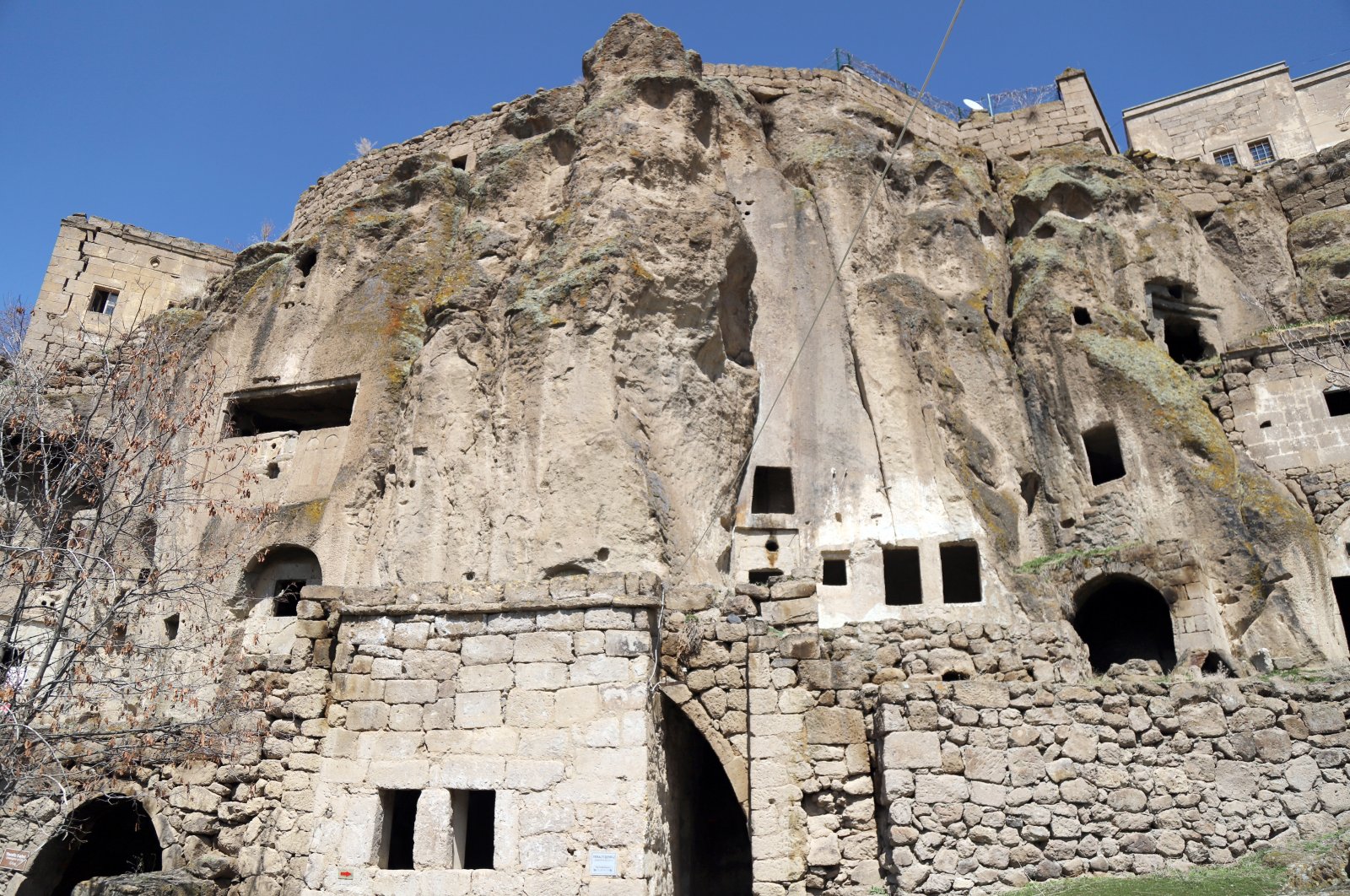 Bright sunshine illuminates the underground city of Monastery Valley carved out of the rock itself, Aksaray, central Turkey, April 20, 2021. (AA Photo)
by DAILY SABAH WITH AA Apr 21, 2021 11:21 am
RECOMMENDED

Central Turkey's Aksaray is home to many natural and historical wonders, and one particular place where the two collide, providing a unique sight for visitors, is Güzelyurt district's Monastery Valley and its underground city, which continued to be popular in 2020 despite the global COVID-19 pandemic.

The excavations in the Roman-era underground city started in 1997 and ended today with the cleaning of all three floors in the same year.

According to Erciyas, the construction of the underground city began in the same year as the birth of Christ. He described the three-story city as having many different features and multi-layered living spaces with “heating systems and cellars where they cooked and preserved the dishes.”

The city, which was completely carved out of rock, hosted approximately 150,000 domestic and foreign tourists last year, while also welcoming visitors this year in line with the coronavirus measures.

"Our underground city has survived to the present day in its original form. There are many living rooms, secret passages and tandoors. These places were used by people until 1950. After being opened to tourism, we transferred its use to visitors. Around 150,000 people visited our underground city last year,” Erciyas told Anadolu Agency (AA).

“Of course, the pandemic process has affected us as well ... We have taken the necessary pandemic measures and we have not experienced any difficulties. Our visitors pay attention to mask and social distancing rules. We also look at the HES codes of our local visitors. We are waiting, welcoming all our local and foreign guests,” Erciyas said.

Lamia Süne, a visitor from Şırnak, Turkey, said that Turkey was home to so many amazing sights, and she stressed that the Cappadocia region, which includes the Monastery Valley, was one of them.

"I visited the underground city and I loved it very much. It differs from other underground cities in terms of culture and history. I liked the stone carvings in its entrance and inside. It has a unique structure,” Süne said.

“I have been to the Cappadocia region with my friends before. I had not visited the underground city at that time, but I have seen it now. We visited the rooms, we liked them very much. There are buildings that reflect that period in the best way. The rooms are almost like today's houses,” she said.

“I wholeheartedly recommend it, everyone should go and visit the underground city.”