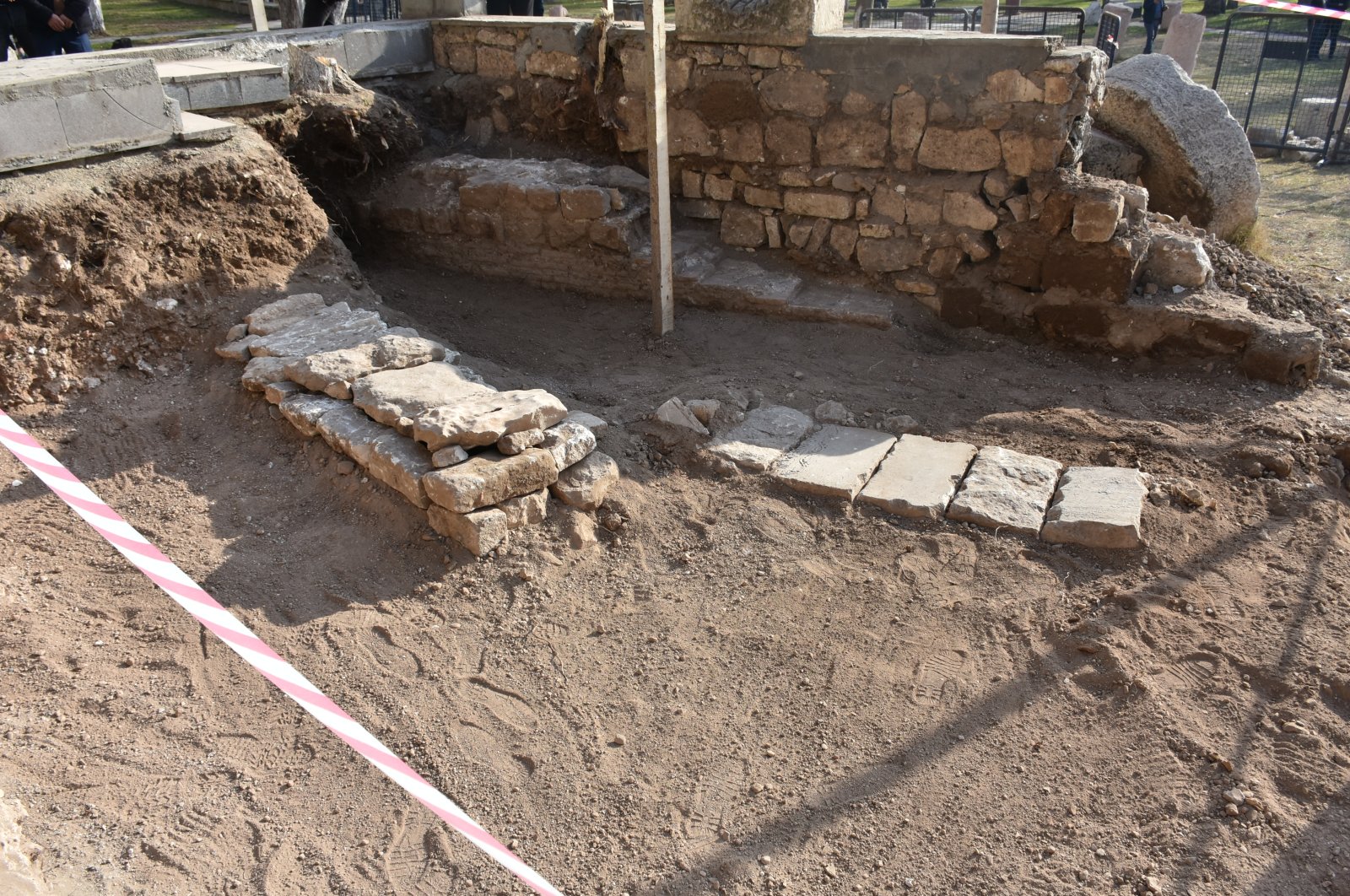 The archaeological site of the graves of Seljuk Sultan of Rum Kılıç Arslan I and his daughter Saide Hatun in Diyarbakır, southeastern Turkey, Jan. 12, 2020. (AA Photo)
by DAILY SABAH WITH AA Jan 13, 2021 11:07 am
RECOMMENDED

The graves of the Seljuk Sultan of Rum Kılıç Arslan I and his daughter Saide Hatun were uncovered in southeastern Diyarbakır province following a nine-day excavation.

Taking into consideration all graveyards in the Silvan district of Diyarbakır, the commission focused its work on two gravesites in Orta Çeşme Park in line with the data obtained from their research. After nine days of work, the team uncovered the Seljuk sultan's final resting place on Tuesday.

Speaking to reporters, DÜ Rector Mehmet Karakoç said they had been unable to pinpoint the exact location of the grave in the past but knew it was somewhere in the Silvan district. "The discovery of the grave will bring a different perspective to historical events in terms of both Silvan and Diyarbakır's history," Karakoç said.

Coşkun noted that the team dug 2 meters deep (6.6 feet) across a 35-square-meter (42-square-yard) area during their work to find the grave. “The area on which we work featured the grave of the most important ruler of the Sultanate of Rum. Therefore, we studiously sustained our work day and night,” he added.

Kılıç Arslan I succeeded Suleiman ibn Qutulmish, who founded the sultanate in 1092. As the second Anatolian Seljuk sultan, he was also the first Muslim commander to fight against the Crusaders. He defeated the Crusaders in three battles during the Crusade of 1101 and went on to conquer much of eastern Anatolia from the Danishmends.