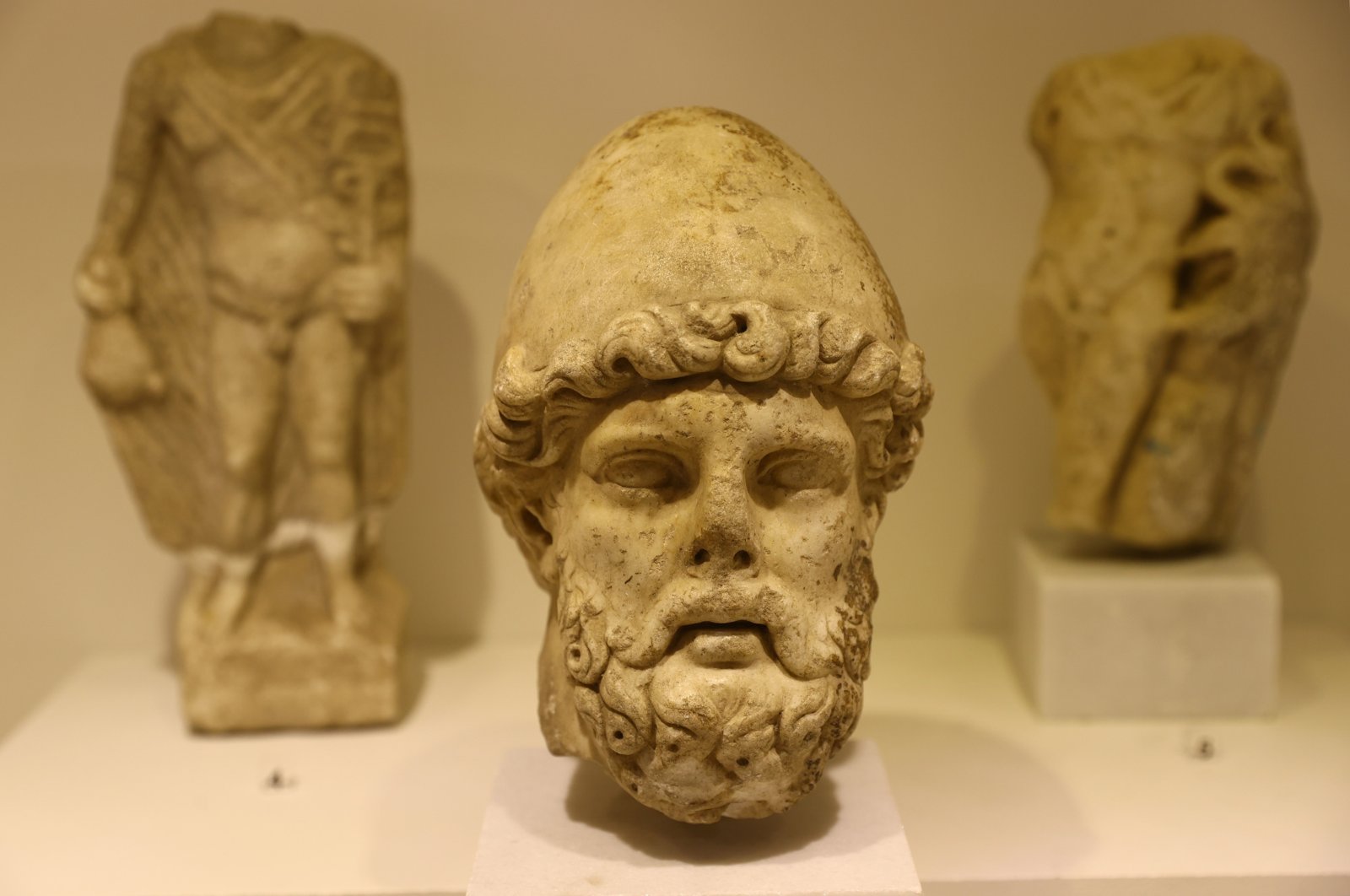 Local tourism officials in northwestern Turkey's Thrace have invited all museum-lovers to the area to see artifacts belonging to the ancient civilizations of Persia, Macedonia, Rome and Byzantines.

The relics are in exhibits in three of Turkey's provinces in the Thrace region, namely Edirne, Kırklareli and Tekirdağ, all of which have hosted human civilization since ancient times.

In the Edirne Ethnography and Archeology Museum, valuable coin collections, sculptures, earthenware and glass vessels, as well as dolmens, line the stands from the Greek, Byzantine and Roman periods.

"Edirne isn't just a city of sultans, but also a city of emperors and kings. What makes Edirne different and superior is that it's the crossing point of civilizations," said Kemal Soytürk on Friday, the provincial director of culture and tourism, referring to the city's service as the capital of the Ottoman Empire in the 14th and 15th centuries after it was captured from the Byzantine Empire.

The region is famous for its dolmens, a type of megalithic tomb usually consisting of multiple slabs supporting a large flat horizontal one, said Soytürk, adding that there are around 70 dolmens.

Museum with over 7,000 artifacts

In Kırklareli Museum to the northeast, as many as 7,101 artifacts are on display, according to the city's Provincial Director of Culture and Tourism, Veli Şen.

Şen explained that the artifacts of the ancient Thracians found in the region were shaped by that civilization's status as a warrior society.

"We clearly see that the Thracians followed a pagan belief system, marked by rituals and folklore," he added.

In the museum in Tekirdağ, there are many more Thracian artifacts unearthed from the Heraion-Teikhos (City of Hera) ancient site, as well as Çavuşköy in Malkara and Perinthos in Marmaraereğlisi.

Strongly urging those interested in the Thracians to visit Tekirdağ and its Archeology and Ethnography Museum, local culture and tourism director Ahmet Hacıoğlu said the province was home to Turkey's only dig site of a Thracian settlement.

He emphasized that the artifacts, including the tomb of Cersobleptes, one of the Thracian kings, an oven used in medicine-making, coins, weapons and reliefs, take visitors on a journey through history.

"The Thracians existed until 600 years ago. The most important feature of this museum is that the traces of the Thracians are exhibited here," he said.