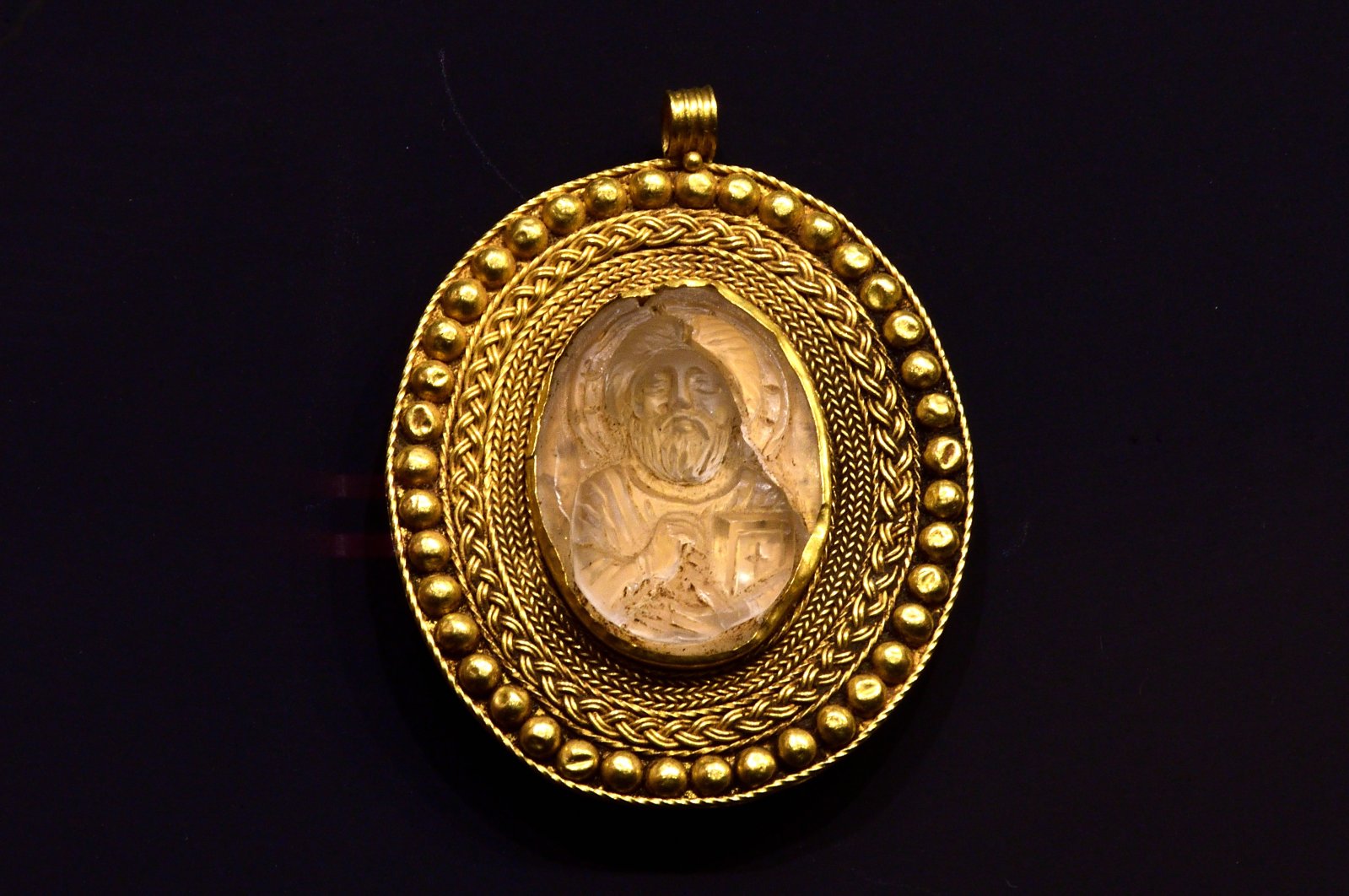 An ancient golden medallion depicting a figure of Jesus Christ attracts the attention of visitors in central Turkey's Çorum province. The 1500-year-old Christ Pantocrator Medallion is exhibited in a special showcase.

The medallion was found by treasure hunters in illegal excavations in 2017 and was seized by a successful anti-smuggling operation of the security teams. It has been included in the inventory of the Çorum Museum.

Speaking to Anadolu Agency (AA), Resul Ibiş, an archaeologist from Çorum Museum, said the medallion is "one of the most precious items at the museum."

Noting that the medallion is unique, Ibiş said: "The artifact depicts Jesus Christ holding the Bible in his left hand, and raising his right hand in blessing."

"...This depiction, which we usually see in churches, icons and mosaics, is for the first time on a gold medallion, engraved in najaf stone – a kind of crystallized quartz – on a gold filigree," he added.

Ibiş added that religious descriptions of holy people increased in the fourth and fifth centuries, noting that such artifacts were used to keep the memory of holy people alive and to evoke a sense of glorification about them while teaching religion to believers.