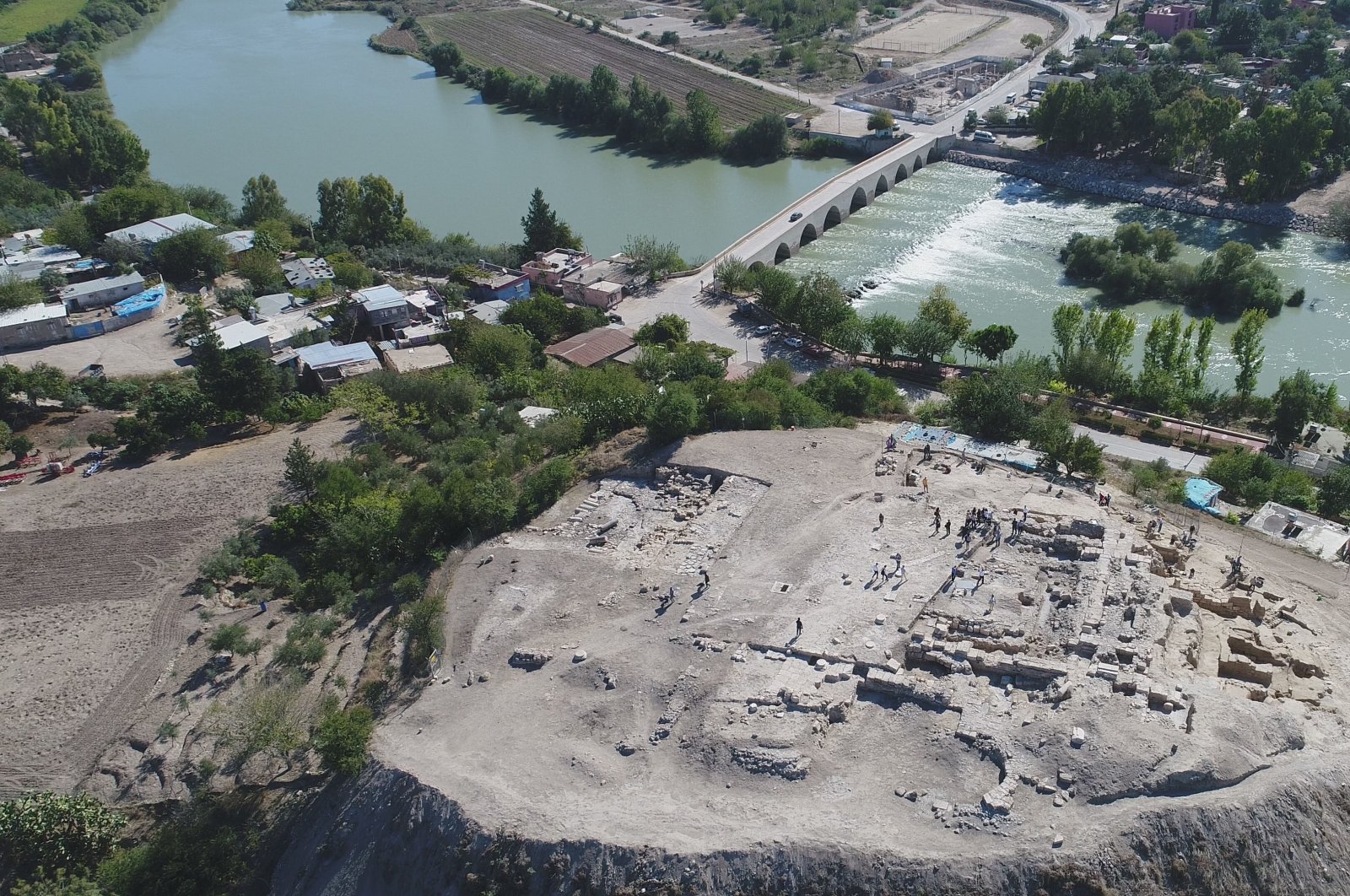 Located on the historical Silk Road in the southern province of Adana, the ancient city of Misis is turning into a center of attraction for history enthusiasts with excavation and restoration work.

Archaeologists have reached the final stage in revealing the theater of the city in addition to their ongoing studies of the caravanserai and mills at the 7,000-year-old settlement.

The history of the ancient city of Misis dates back to the Neolithic age. The founding of the settlement is attributed to Mopsus, a seer in Greek mythology.

The ancient city is considered an important city of the Roman era and notable for its mills and caravanserai built during that period.

However, it also bore witness to the Seljuk and Ottoman eras. Rumor has it that the ancient city was named the "city of immortality" when Luqman al-Hakeem dropped the elixir of life while passing through the Roman bridge there.

The first surface research and excavation work in the ancient city of Misis was launched under the supervision of German archeologist, Professor Theodor Helmuth Bosser. His team started work at the mound and found a domed cistern belonging to the Islamic period, back in 1956 and 1958. The excavations also found pots and pans belonging to the Byzantines. In 1959, mosaics dating back to the 4th century were discovered at the church, located on the west of the mound.

Since 2012, the excavation works have continued at the settlement under the "Misis, The City of Immortality" project. Some of the most interesting objects found in the excavations are exhibited at the Archaeological Museum of Adana.

He noted that they will resume working on the mound again in the spring. Salmeri emphasized that this season's works were very productive. He said they unearthed a Roman-era kitchen in the area and found a 100-meter water channel dating back to the Iron Age.

The professor added that the settlement will be a tourist attraction in Adana and thanks to our work people will be able to explore this place, where many cultures intersect.