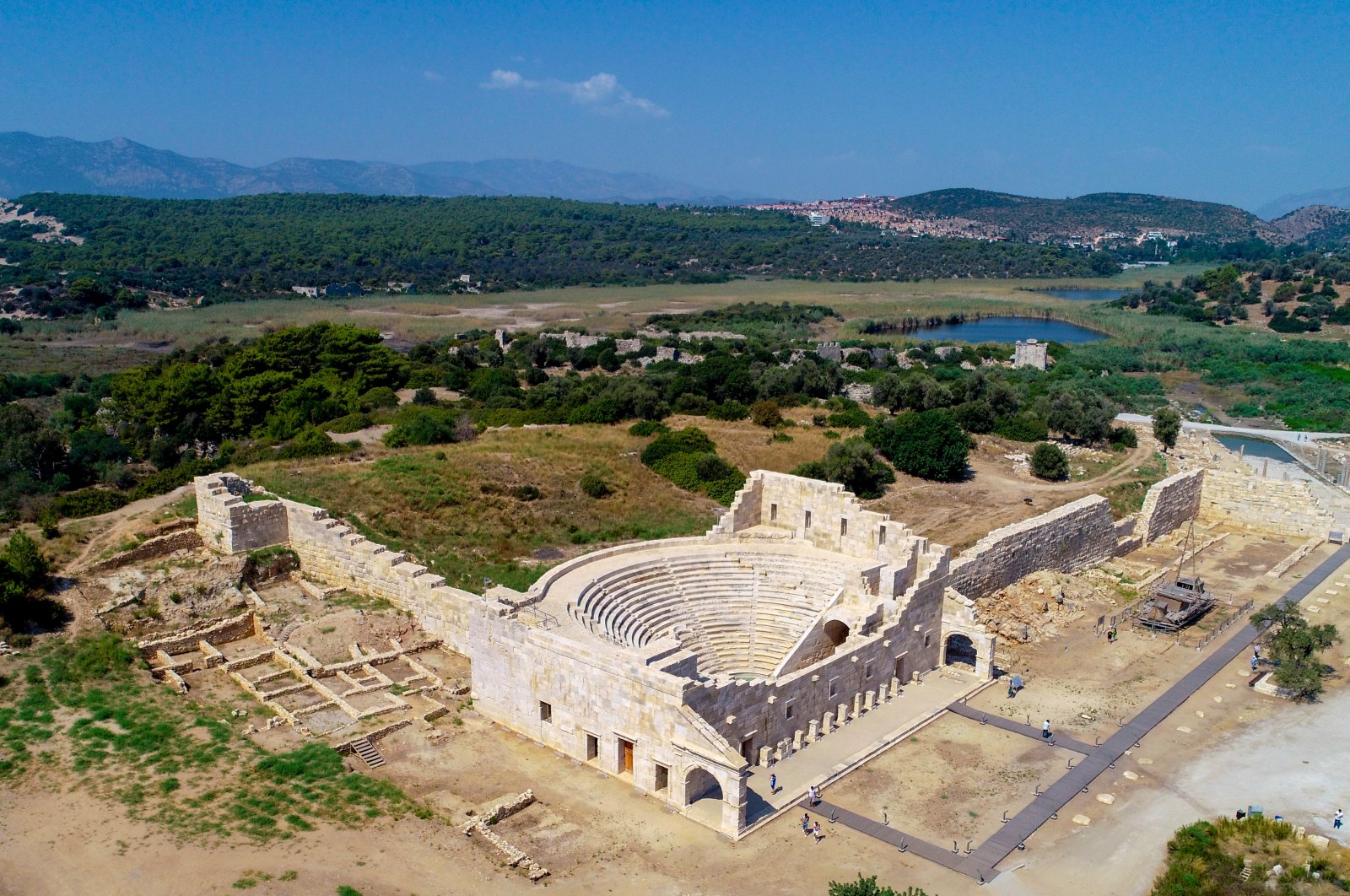 Efforts are in full swing to restore the ancient city of Patara, located in the sun-soaked Turkish province of Antalya, to its former glory.

A wonder of considerable historic significance, the area's Kaş district, the ancient city's grandeur is set to go on full display thanks to ongoing restoration efforts.

Speaking to Anadolu Agency (AA), head of the excavation team professor Havva Işkan Işık said Patara, the capital of the ancient Lycian Union, represented one of the most important port cities in history. However, for many, its significance only came to light following President Recep Tayyip Erdoğan's declaration of 2020 as "The Year of Patara."

Işık said the team redoubled its efforts following the declaration, explaining that they have launched many important restoration projects in partnership with the Culture and Tourism Ministry and the Antalya Governorship.

“The city gate, which is 19 meters (62 feet) wide, 10 meters high and estimated to be 2,000 years old, is a unique artifact thanks to its ability to transfer water, and thanks to our efforts, it has regained its former glory," Işık said. "We completed restoration and maintenance work on the columns lining the city's streets and carried out excavation and reinforcement work on the theater."

"We are at the tender stage of the project in terms of trying to convert the first wireless telegraph station established by the Ottoman Empire in 1906 – in order to communicate with its African territories from Patara – into a museum," she said. "We hope to complete this project by the end of this year.”

While many artifacts were destroyed in various fires set in Patara's ruins, other finds were brought to the garden of the excavation house and restored using a museology approach.

Removal of the artifacts sometimes poses a risk, Işık stated. “And for safety reasons, we take care not to leave any material in the open, as small column headers can be taken away," she said. "A special section dedicated to the city is being created at the Demre Museum. Before the end of the year, these artifacts will go on display here."

Işık added that Patara was highly regarded in the global archaeological community, explaining that the team had "managed to present the information discovered to the scientific world through academic articles of the highest quality. You can find our 14-volume book about Patara no matter which library you go to in Europe," she said and added: "Patara has become recognized not only in the world archaeological community – but also by ordinary people since it was declared the theme of the year 2020. People are getting to know the geography of incredible value.”

Emphasizing that they expected interest in Patara to continue after the pandemic ends, Işık noted that some 100,000 people visited the city in August despite concerns about the virus. Culture and Tourism Minister Mehmet Nuri Ersoy aims to achieve some 1 million visitors in Patara next year, she said.

"We think that we will go beyond that target.”