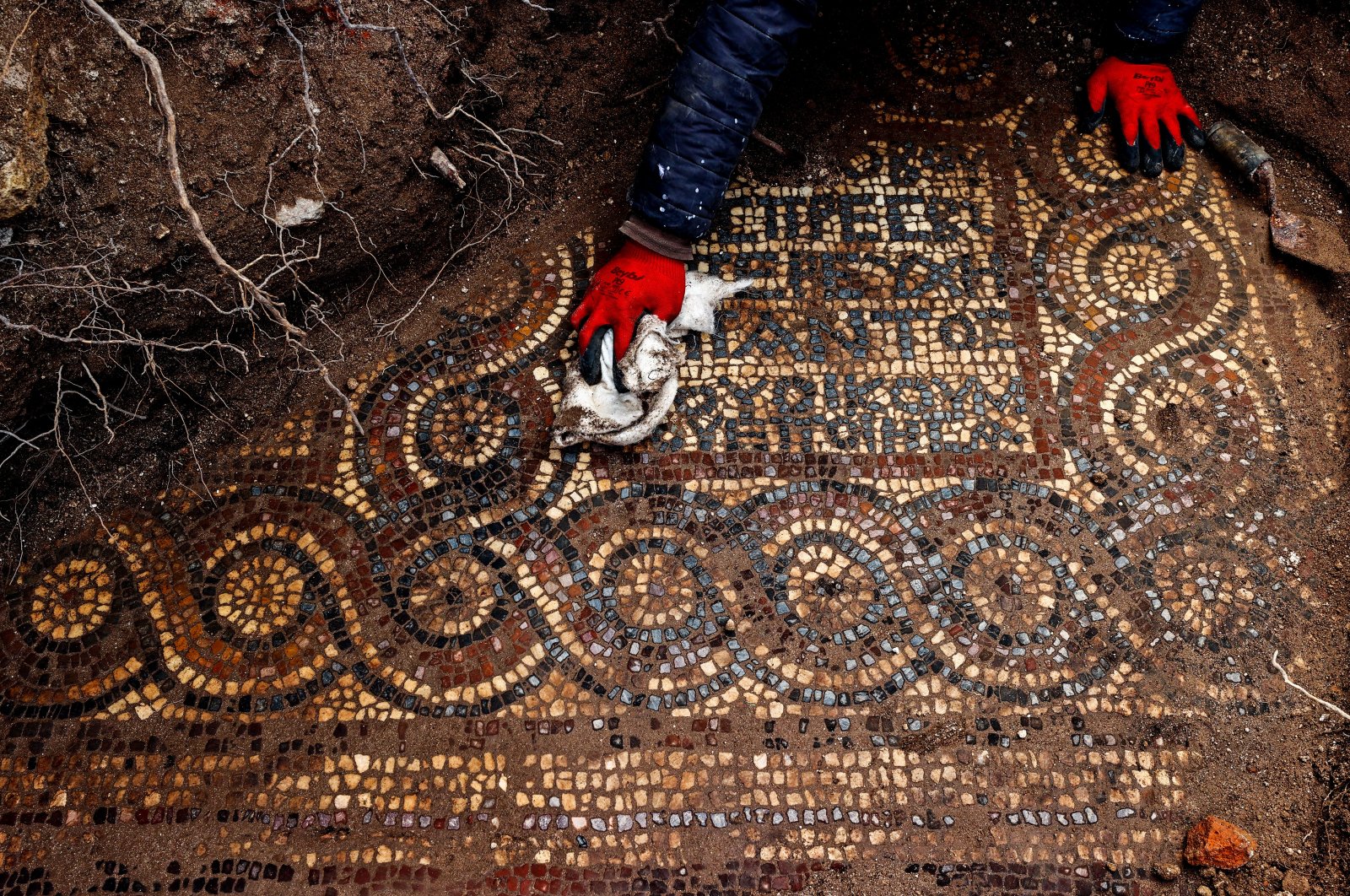 During an illegal excavation project carried out by two suspects in the Aliağa district of Turkey's western Izmir province, a monastery built in the Roman period and a nearly 1500-year-old mosaic were discovered.

Turkish Gendarmerie teams, acting on a tipoff, launched an operation in the mountainous area of the Aliağa district which has no vehicular access. The suspects were nabbed trying to remove the historical remains from about 2 meters (6.5 feet) below the ground.

Later, experts from the Izmir Archeology Museum investigated the region and the area was put under protection.

The mosaic will be taken to a museum after initial studies are performed.

Hünkar Keser, the director of the Izmir Archeology Museum told Anadolu Agency (AA) that the team came to the region following the Turkish Gendarmerie's notification. "We discovered the floor mosaic. This place was used as a monastery and has a basilica," said Keser.

Explaining that the team estimates that the monastery was used between the fourth and 14th century, Keser said the mosaic was very valuable archaeologically.

"It is located at a point where it can be reached by tractor from the pathways. This is a universal cultural asset and a rare artifact," he said.