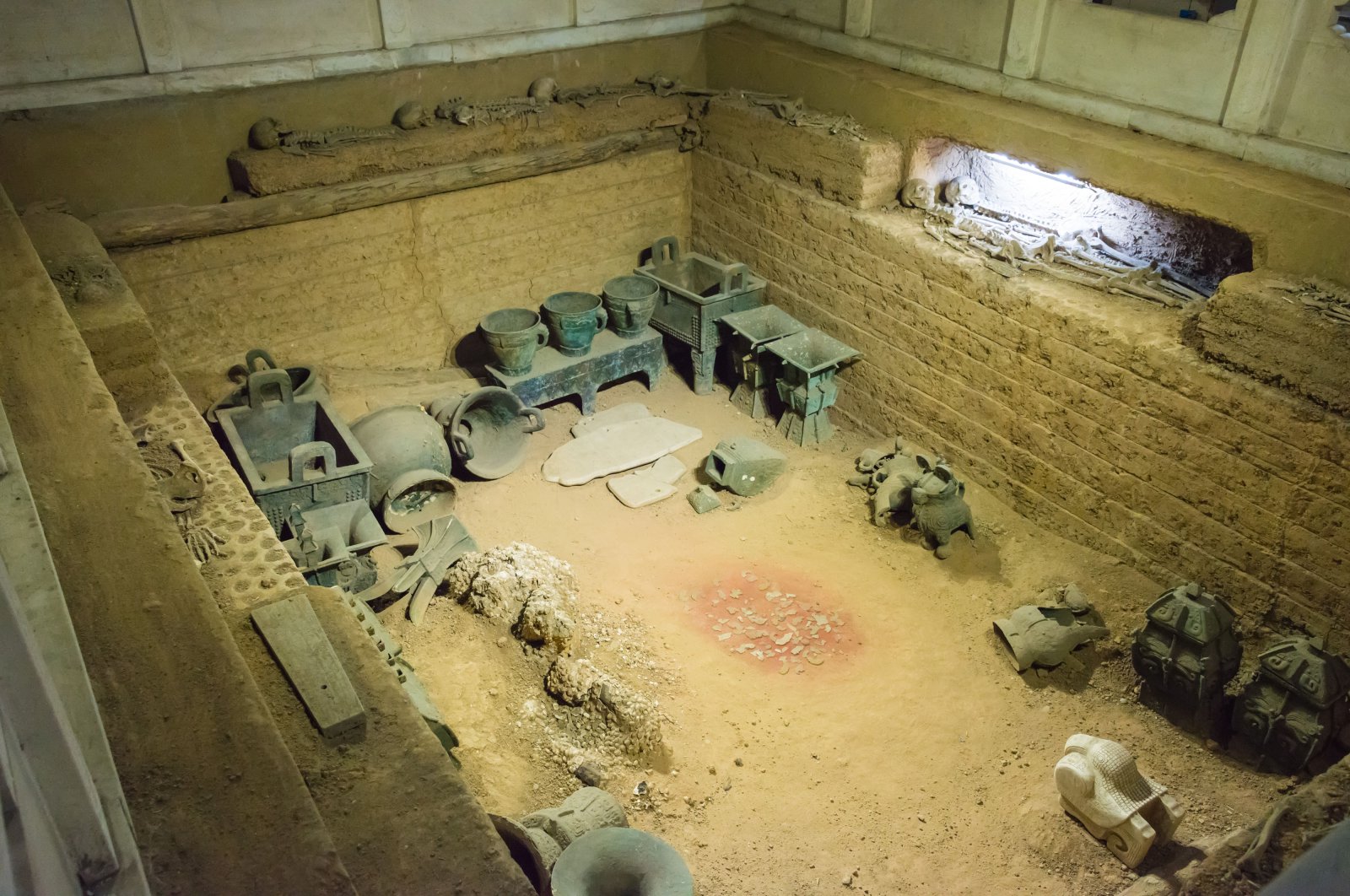 A historical city site with various artifacts and tombs dating back to the period of the Shang Dynasty (1600-1046 B.C.) has been unearthed in China's Henan province.

According to China's Xinhua news agency, the site, located in the Taojiaying village of Anyang city, covers an area of 560 meters (1,837 feet) from east to west and 330 meters (1,082 feet) from north to south.

Archaeologists have unearthed 27 tombs and 172 pieces at the site, including bronzeware, weaponry, and tools, as well as pottery, jadeware and bone artifacts.

In addition to the burial area, archaeologists also found a living and production area with kilns, wells and pits.

"Based on the distribution of the site and unearthed items, it was an important city of the middle Shang Dynasty," Kong Deming, the director of the Anyang Institute of Cultural Relics and Archaeology, was quoted as saying by Xinhua.

Kong underlined that the discovery is significant for archaeological studies on the Shang Dynasty culture.