Archeologists re-erect structures at Sanctuary of Hecate in southwest Turkey 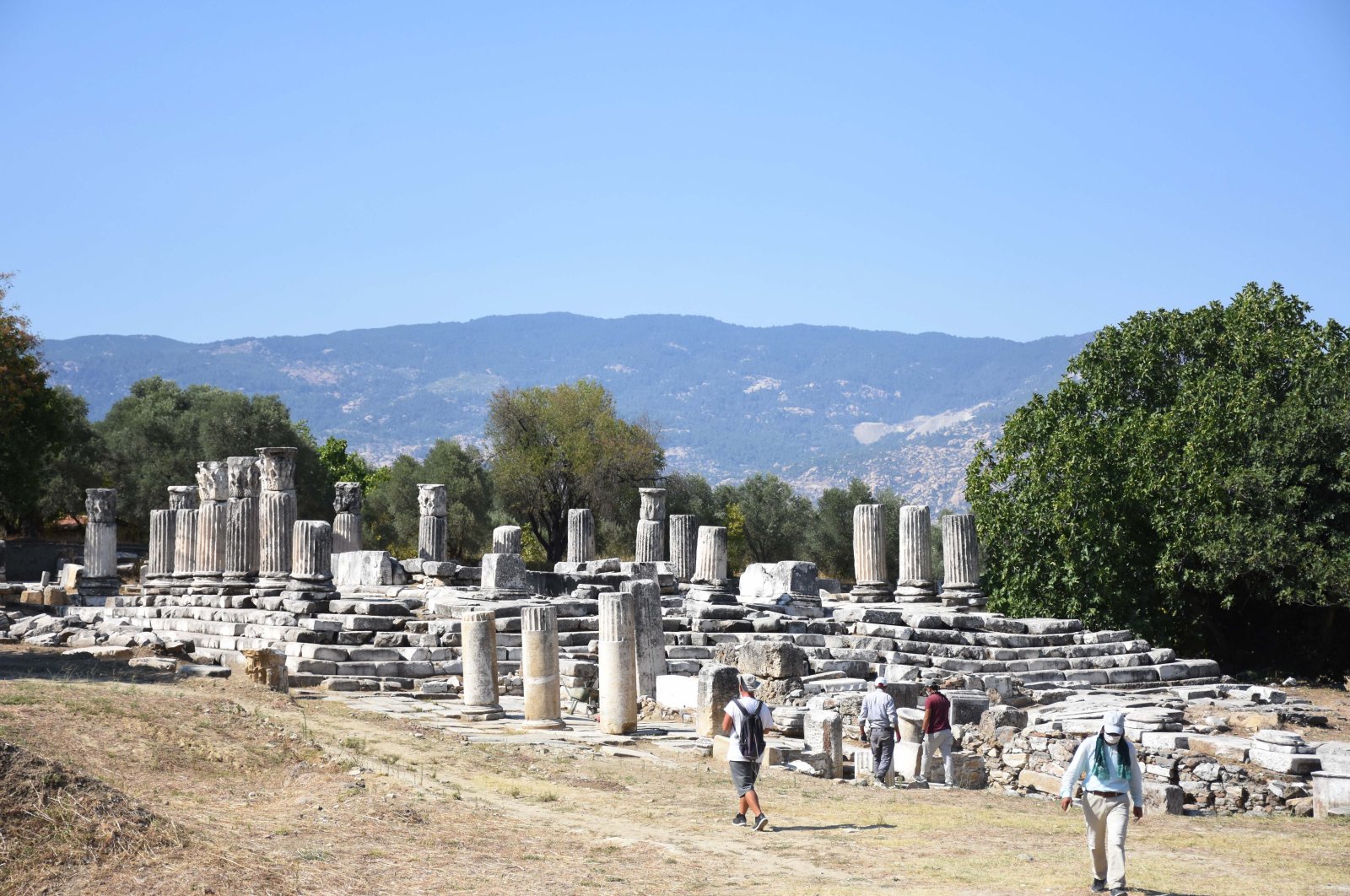 Holding worldwide significance as the largest temple built in honor of the Greek goddess, the site in Lagina will draw more visitors with its rejuvenated architecture

The 2020 excavation, restoration and conservation work on the 3,000-year-old Sanctuary of Hecate in Lagina, located in the Yatağan district of the southwestern Muğla province, continues to be carried out. Considered to be the center of the pagan Wicca religion, the temple and its structures are being gradually re-erected for tourism.

Speaking to Anadolu Agency (AA), Bilal Söğüt, head of the excavation team, said Lagina was the religious center of ancient Stratonikeia, also known as the "City of Gladiators,” which has been included on UNESCO's tentative list of World Heritage sites. Stratonikeia is notable as one of the rare places where traces from the Hellenistic, Roman, Byzantine, Anatolian beylik, Ottoman and Republican periods coexist. The ancient city’s sacred space, Lagina, is located just 8.5 kilometers (5.2 miles) away.

Ottoman scientists first became interested in Lagina during the 19th century. The original excavations were led by intellectual Osman Hamdi Bey, founder of the Istanbul Archaeological Museum, between 1891 and 1892. Modern excavation and restoration work began in 1993 under the guidance of the Muğla Museum and with an international team advised by Ahmet Tırpan from Pamukkale University. After Tırpan's team ended their work at the site in 2011, fresh excavations were led by Söğüt.

The sanctuary is also known as the site of the first scientific archaeological research to have been carried out by an entirely Turkish team.

Pointing out that this year they have been working in both the ancient city of Stratonikeia and on Lagina's Sanctuary of Hecate, Söğüt said they are focusing on buildings dating back to ancient times in both areas. “For example, we are excavating a section in the area in front of the Propylon (monumental gateway) in Lagina, where there are many materials. At the same time, we are also carrying out restoration works related to the architectural blocks of the Propylon,” he said. Söğüt said they have preserved the architectural blocks and the most important inscriptions that they unearthed in the area.

The Sanctuary of Hecate heightens Lagina's importance because it is the largest in the world built on behalf of the Greek goddess of witchcraft, magic and ghosts, Söğüt said. He said their goal is to be able to show the artifacts to visitors and to show them that the ancient city was an important religious center.

“We knew previously that the half-round entrance of the Propylon was on the west side. To the east of the same door was a section with a triangular pediment, and the blocks of this area are now about to be completed with our excavations. We will restore this part and the northern pediment of the Lagina Hecate Temple in the coming period," he said.

Söğüt also noted that Lagina is the only place where the Amazons, a tribe of female warriors in Greek mythology, are depicted as peaceful and that both domestic and foreign groups come to visit the area because of the importance of the sanctuary.