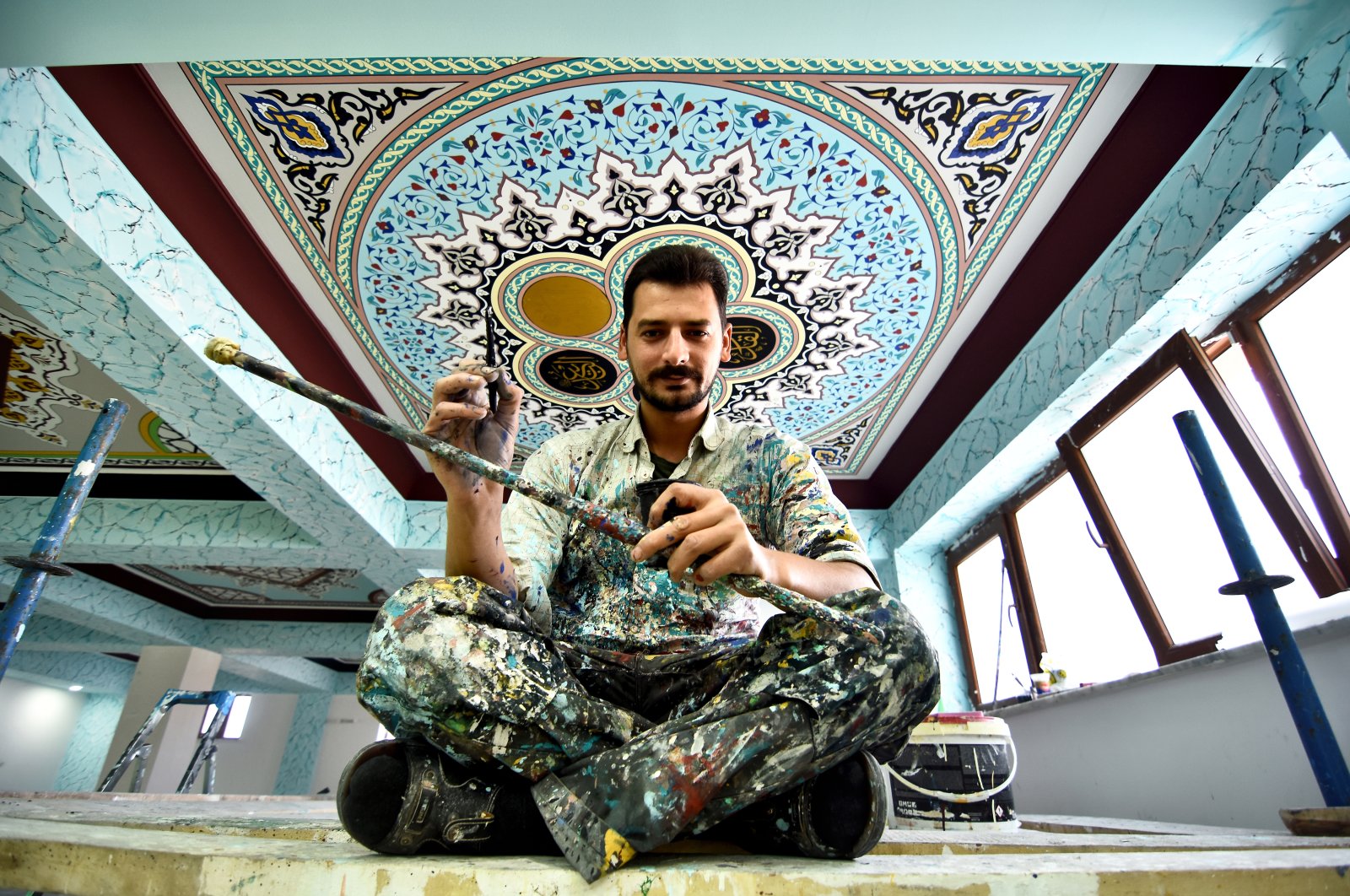 Artist Mustafa Ören, who adorns the interiors of mosques with engraving-like decorations called “kalem işi,” has embellished around 50 mosques with Ottoman and Seljuk motifs over 16 years across Turkey.

Kalem işi is a Turkish-Islamic decorative art that is applied to diverse materials such as plaster, wood, stone, cloth and leather with colorful paints and gold leaf. Kalem işi artists draw beautiful patterns on sketch papers and transfer them to the surfaces that they will decorate. They then color their patterns using soil or plant-based paints according to the surface. Their artwork adorns the interior walls, domes, arches and ceilings of religious and civil architectural buildings.

Ören has been recently decorating the Tahir Büyükkörükçüler Mosque in central Konya province with spellbinding motifs of various vivid colors and complex patterns. Speaking to Anadolu Agency (AA) at the mosque, the artist said that he shifted his interest in painting to calligraphy and decorative arts during his high school years. “In our patterns, we, artists, benefit from our ancestors and their traditional designs. We are trying to create beautiful works by blending Seljuk and Ottoman art in the best way and adding something from ourselves,” he explained.

Noting that he has completed the decorations of around 50 mosques since his apprenticeship, Ören continued: “I mainly prefer Seljuk motifs in my works but there are also Ottoman styles. I am trying to renew myself in the decoration of every mosque. Also, I add my own interpretation to the combinations that books, other works and applications by the previous professionals taught me. My aim is to do new, nonstandard works that have not been done before."

Stating that he works alone, the artist emphasized that the happiness of embellishing mosques with lace-like patterns cannot be measured by anything else. He added that the best examples of his work can be seen in the Kırıkhan Ahmet Yesevi Mosque in southern Hatay province, Altınekin Mosque and Akıncılar Mosque in Konya.