Artists unite in nonpartisan space in Istanbul to bridge cultures 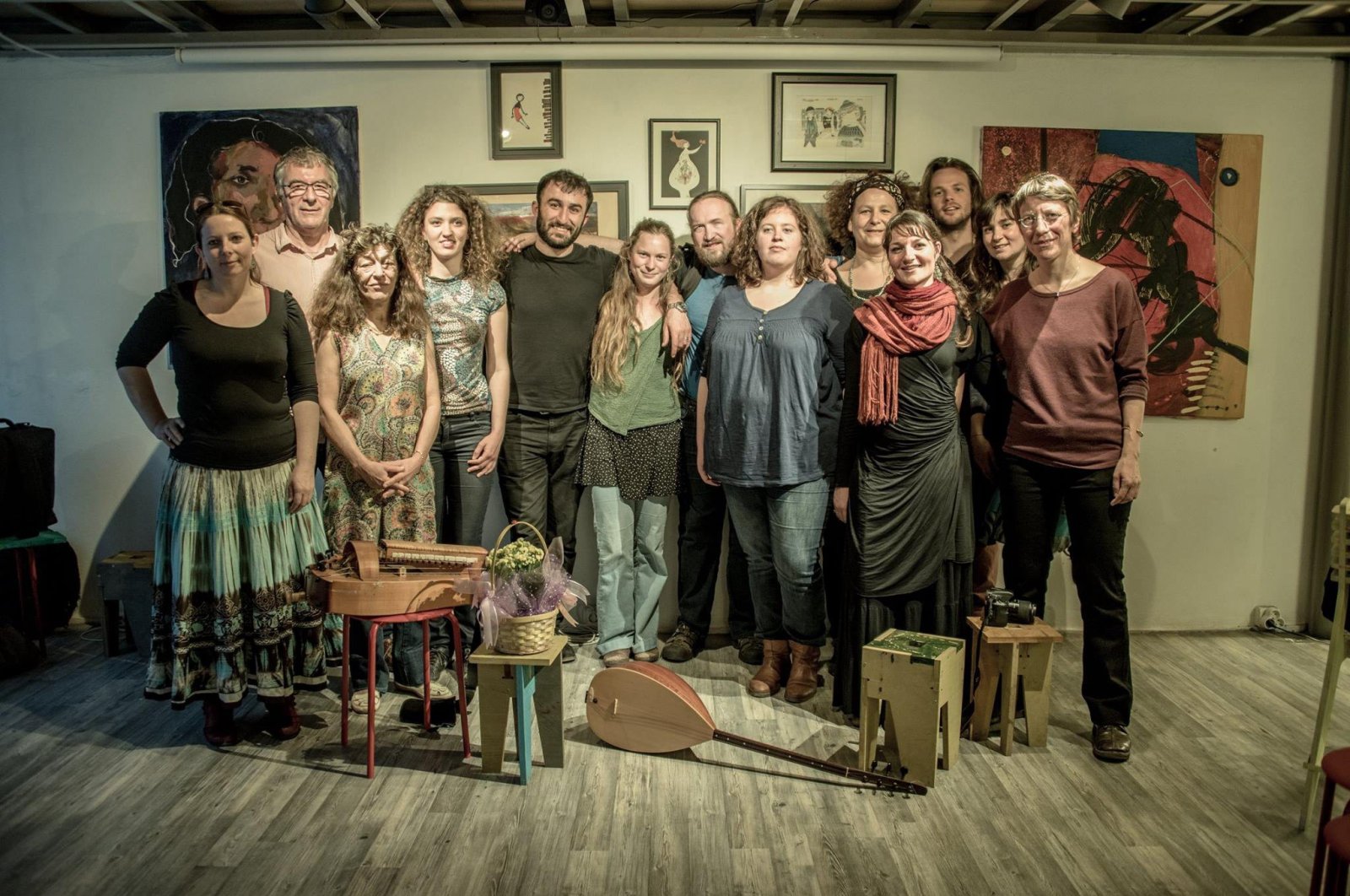 Artists pose for a photo at Arthereistanbul, an independent space for artistic creation between cultures, Istanbul, Turkey, Sept. 28, 2015. (Archive Photo)
by Anadolu Agency Jul 04, 2021 11:10 am
RECOMMENDED

The life of an immigrant is harder than most think, chiefly because of the culture clash that they experience. So, any attempt to bridge the two cultures together goes a long in helping people settle in and find peace in the country where they have taken refuge.

Art can provide a great deal of support in merging the two. After all, what is art but culture? Artists in the metropolis of Istanbul in Turkey have set out to achieve that goal, uniting two countries through art.

Initially founded in 2014 by Syrian artists, Arthereistanbul is an independent, nonpartisan space for artistic creation, dialogue and culture, far away from conflict and political rivalries.

Omar Berakdar, the founder of Arthereistanbul, told Anadolu Agency (AA) that it is a spot for artists who face the challenges of not having a place to work and develop their practice after leaving their war-torn country and settling in Istanbul.

"We're aware of the rich cultural and artistic diversity of the Middle East, that we see as a historical geography, home to many cultures, without defined borders or binding ideologies," he said.

Berakdar said he moved to Istanbul in 2012 when life in Syria became "very difficult" due to the brutal crackdown of the Syrian regime.

"When I moved to Istanbul, I was expecting that our stay would be temporary. As time passed, I realized we would be staying for a longer time," he said.

"I started to look for a way to support Syrian artists who moved to Istanbul, like me, and a way to build bridges between Syrian and Turkish artists, and the rest of the World," said the photographer and media artist.

The idea to establish Arthereistanbul came in response to the need for a moderated space where all could freely get acquainted with each other and cooperate artistically, which can help artists and the wider community in Istanbul, he added.

"We support Syrian artists in many ways, by providing them with a space to work, access to our network of collaborators in Turkey and the world, creating opportunities for those who want to participate in our ongoing activities," he noted.

Berakdar added that Arthereistanbul not only exhibits projects for Syrian refugees but also Turkish artists, including group performances, exhibitions and workshops.

He underlined that many artists got involved in Arthereistanbul over the years and said that some were still in Istanbul while others were on their way to Europe or other places.

They have so far participated in Contemporary Istanbul, annual exhibitions of Bilgi University and Saint Pulcherie High School, and an exhibition on the occasion of Refugees Day in the U.N. presented by the Turkish Presidency, he said.

"All feedback was positive, and lots of people were surprised about what we're doing," he added.

He also advised people "not to believe what they heard in the media instead of getting to know Syrian neighbors."