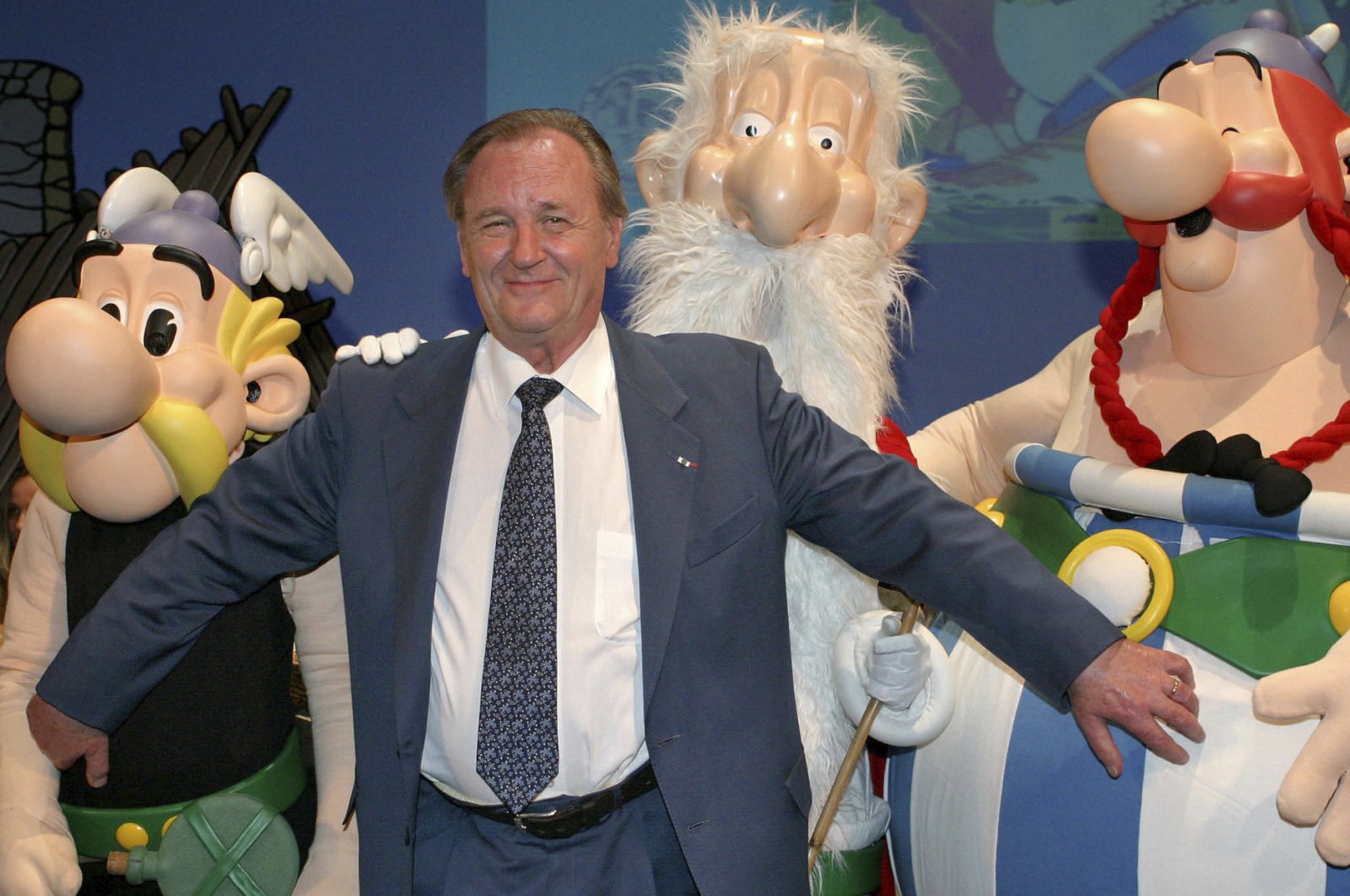 Albert Uderzo, the playful French illustrator behind the magic potion-swigging comic book hero Asterix the Gaul whose adventures fighting the Roman legions have enthralled readers of all ages around the world, died overnight aged 92, his family said Tuesday.

"Albert Uderzo died in his sleep at his home in Neuilly, after a heart attack that was not linked to the coronavirus. He had been extremely tired for the past several weeks," his son-in-law Bernard de Choisy told AFP.

News of his death prompted an emotional outpouring from the generations of fans who have followed the adventures of Asterix and his robust sidekick Obelix in books translated into over 100 languages as well as films, toys and even a theme park.

"A true legend, the little Gaul is now part of the world's literary and artistic heritage, and will long continue to embody the values of tolerance and resistance in his adventures," said Arnaud Nourry, head of Uderzo's publishing house Hachette Livre.

Uderzo created Asterix in 1959 with fellow Frenchman and writer Rene Goscinny, bringing them to life in the French-Belgian comics magazine Pilote.

With his winged helmet and formidable blond mustache, Asterix and Obelix – who famously fell into the druid's strength-giving potion as a baby – became an irresistible symbol of a France defying outside forces to forge its own path.

The series has extended into 38 books, most recently "Asterix and the Chieftain's Daughter" from last year, that have sold 380 million copies worldwide and been translated into some 110 languages and dialects, including Latin and Ancient Greek.

Nearly 1.6 million copies of "The Chieftain's Daughter" were sold last year in France alone, putting it at the top of best-seller lists.

Uderzo stopped illustrating the series in 2011, having carried on alone after Goscinny's death in 1977. But their style and dialogue are faithfully imitated by the new writing team.

Both Goscinny and Underzo had a monumental impact on comics, elevating them from three-panel strips in newspapers to a witty and insightful art form able to sustain stories that could fill a book.

The pun-filled series is brimming with fist-fights, drunken arguments, heroic rescues and romantic interludes, and the stories often include not-so-subtle references to politicians or popular figures of the day.

Several of the Asterix volumes have been turned into animated cartoons and live-action feature films – the latest, "Asterix and Obelix: The Silk Road," is currently in production, with industry bible Variety reporting that it has a budget of over $70 million, huge for a French production.

Uderzo was born April 25, 1927, in Fismes, a village in northeast France near Reims, to Italian immigrants – his father was a luthier.

At birth he had six fingers on each hand, an anomaly corrected by surgery, and was color blind.

Yet he was able to develop his love of drawing by joining a Parisian publishing house after World War II, while also providing comic strips for newspapers.

"Making a living through comics was extremely hard in those days, I drew an astronomical amount of pages just to get through the month," he recalled.

He met Goscinny in 1951, beginning a friendship that would lead to their dreaming up Asterix and his village in Brittany, fuelled by cigarettes and pastis liquor, in a social housing apartment outside Paris eight years later.

Uderzo claimed he was inspired by tales from his older brother Bruno, who made frequent trips to western France to escape labor conscription by the Nazi occupiers.

The first Asterix book, "Asterix the Gaul," appeared in 1961 and became an overnight sensation.

Marketing rights that extended to toys and even a popular French amusement park would make Uderzo a wealthy man, with a mansion in the posh Neuilly suburb of Paris and a collection of Ferrari supercars.

In 2017, an original Uderzo cover for one of the first Asterix books sold in Paris for a record 1.4 million euros.

Yet the easygoing Uderzo regarded his success with amused detachment and largely avoided the media spotlight even as his reputation soared.

"Nobody recognizes me when I walk down the street," he said. "Characters can become mythical but not us, their fathers."