Athens to keep pressure on UK to return ancient sculptures 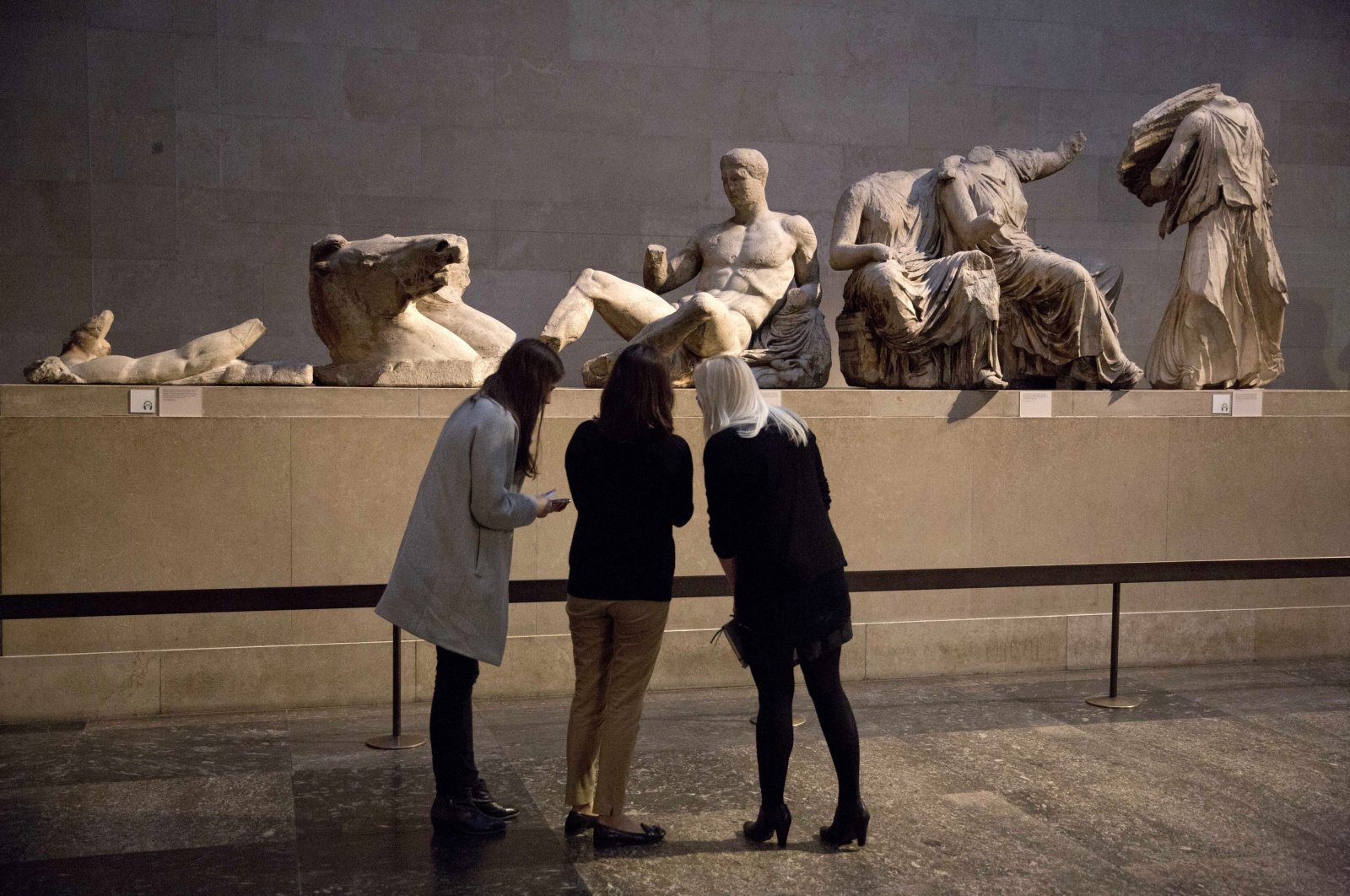 Women stand by a marble statue of a naked youth thought to represent Greek god Dionysos (C) from the east pediment of the Parthenon at the British Museum in London, Jan. 8, 2015. (AP Photo)
by ASSOCIATED PRESS Nov 15, 2021 3:58 pm

Greece is to renew a bid to seek the return of ancient sculptures taken from the Parthenon at the Acropolis in Athens more than 200 years ago from the British Museum, a government official said Monday.

Giannis Oikonomou, a government spokesperson, told reporters the issue would be raised at a scheduled meeting in London Tuesday between British Prime Minister Boris Johnson and his Greek counterpart Kyriakos Mitsotakis.

The marbles – 17 figures and part of a frieze that decorated the 2,500-year-old Acropolis monument – were taken by Lord Elgin, the British ambassador to the Ottoman Empire, in the early 19th century. Britain maintains that Elgin acquired the sculptures legally when Greece was ruled by the Ottomans.

"The obligation to return the Parthenon sculptures is entirely up to the government of the United Kingdom,” Oikonomou said. He added that the Greek request for government-to-government talks on the issue was backed by the United Nations’ cultural agency, UNESCO.

Greece has said the new Acropolis Museum that opened in 2009 would be used to display the sculptures if they were returned.