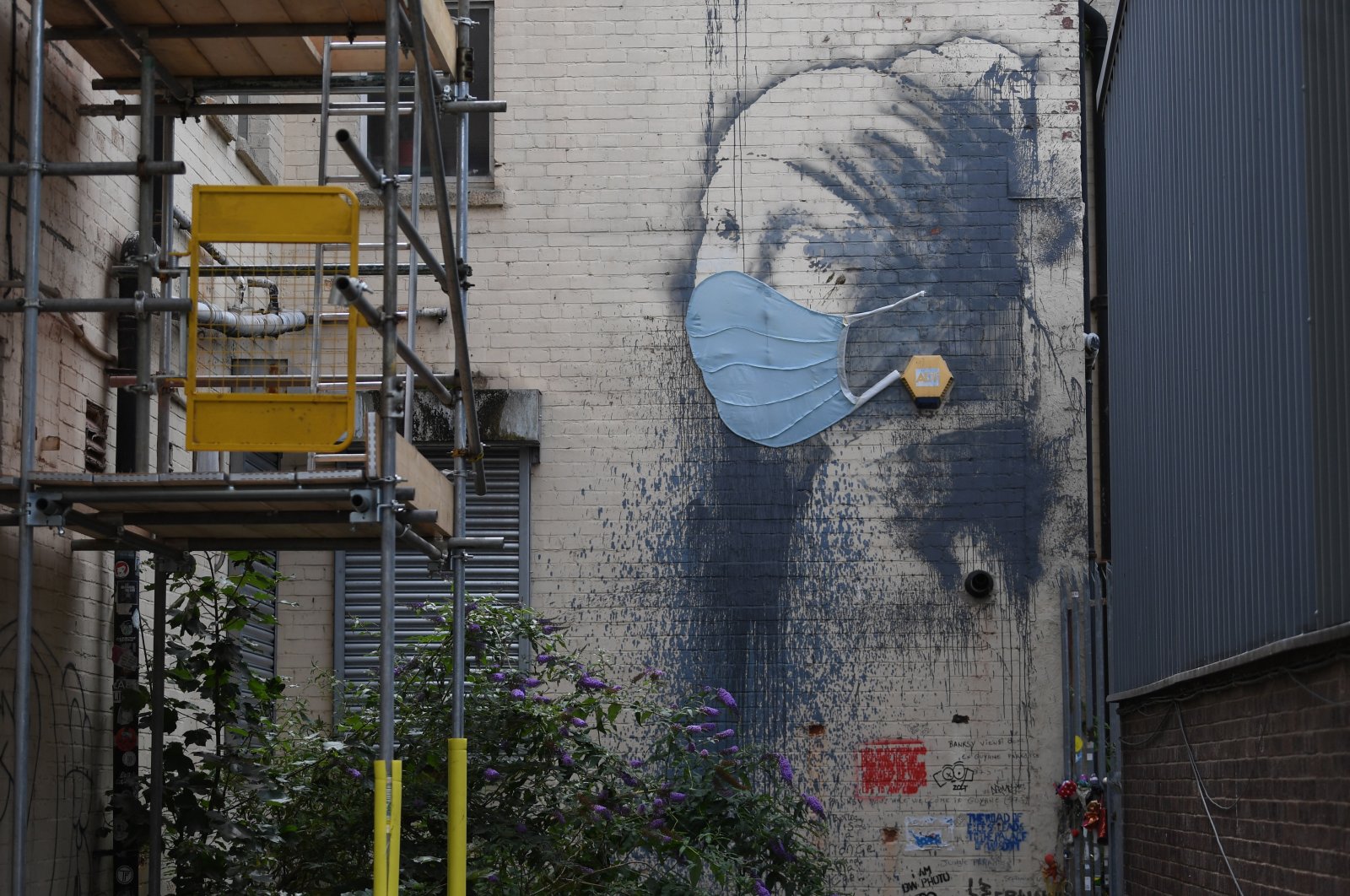 A triptych of a Mediterranean shipwreck donated by British street artist Banksy raised nearly $3 million Tuesday at a Sotheby's auction held to raise funds for a Palestinian hospital in the occupied West Bank.

The trio of highly stylized paintings by the mysterious artist shows orange life vests and an oar washed up on a rocky shore.

They first appeared in the Walled Off Hotel that Banksy helped set up in the Israeli-occupied city of Bethlehem in 2017.

The "Mediterranean Sea View 2017" was seen as Bansky's stern judgement on Europe's hesitant response to the migrant crisis that peaked some five years ago.

Tens of thousands are thought to have died as European countries on the Mediterranean and Aegean Seas turned away people fleeing violent conflicts across North Africa and the Middle East.

"This work juxtaposes an historic fine art genre with grim contemporaneity," Sotheby's said in its sales listing for the work.

"Though posing as eighteenth or nineteenth-century paintings of the 'Natural Sublime,' the present work undermines and subverts the viewer's expectations to broach a difficult contemporary issue."

It officially raised 2.24 million pounds sterling ($2.9 million, 2.5 million euros) — well shy of the record 9.9 million pounds set for a Banksy in October when his "Devolved Parliament" painting went under the hammer in the middle of Britain's Brexit struggle with the EU.

Banksy donated the triptych to raise money for a new stroke unit and to buy children's rehabilitation equipment at the Bethlehem hospital.

"We're often led to believe migration is a drain on the country's resources, but Steve Jobs was the son of a Syrian immigrant," he said in a rare public comment on the piece.

"Apple is the world's most profitable company... and it only exists because they allowed in a young man from Homs".

Banksy depicted Jobs in a work entitled "The Son of a Migrant from Syria" that showed him carrying a knapsack and an Apple computer.

The sale came in the middle of a broader virtual auction Sotheby's was staging from its London gallery entitled "Rembrandt to Richter Evening Sale."

One of only three self-portraits by Rembrandt still in private hands sold for 14.5 million pounds — a record for one of the Dutch master's famous depictions of himself.