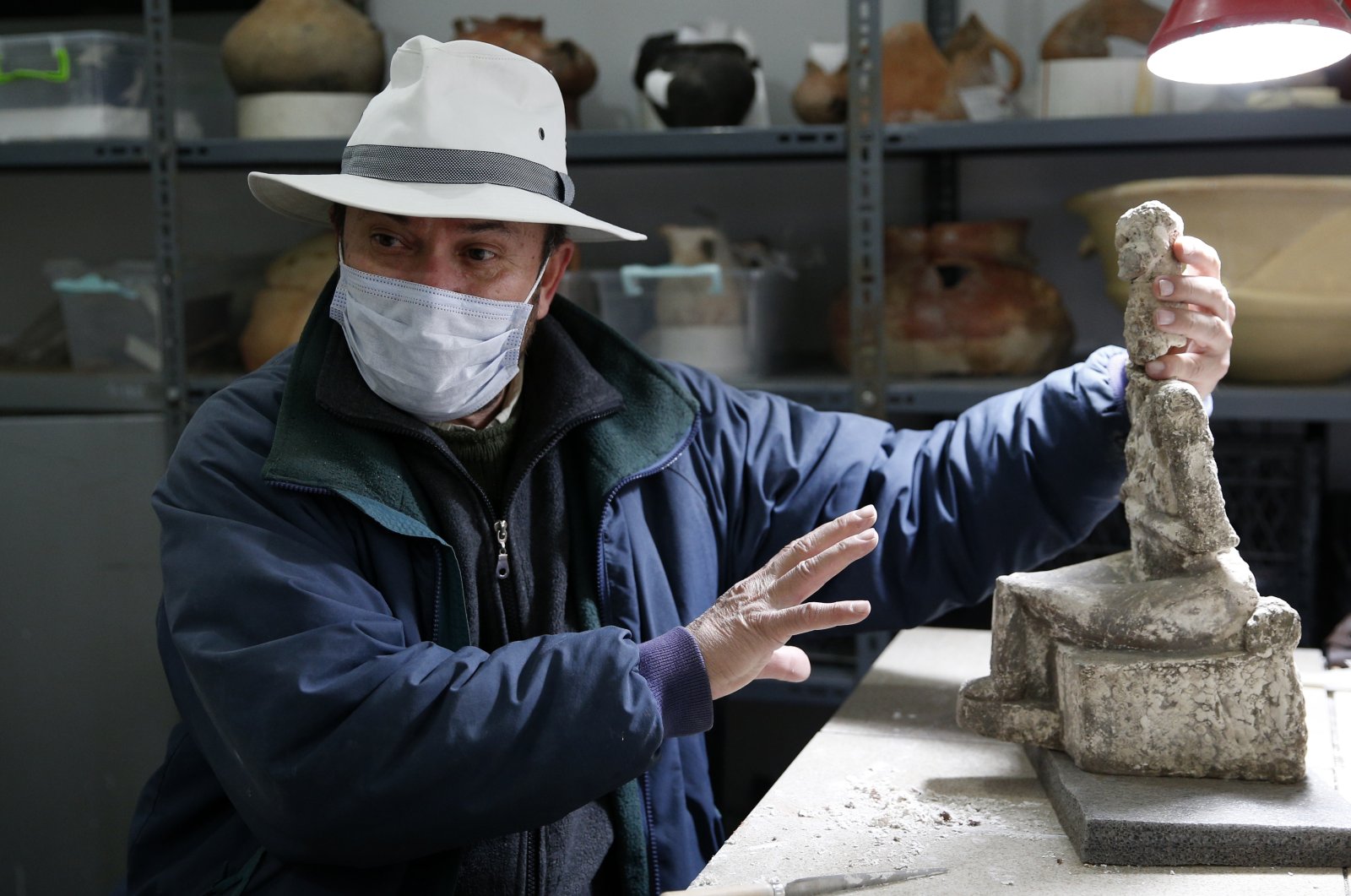 Turkish archaeologists have unearthed an ancient goddess statue at the Kültepe archaeological site, also known as Kanesh, in central Kayseri province. They claim it is "the biggest" statue so far from the Early Bronze Age found in Anatolia.

"We are happy to have found this 45-centimeter-tall (17-inch) artifact. It is a very special piece," said Fikri Kulakoğlu, a professor from Ankara University and head of the excavation team, in an interview with Anadolu Agency (AA) on Sunday. He said that the goddess statue will be displayed in a museum after being cleaned.

"The artifact is around 4,200 years old," he noted, adding that all of the statues, statuettes and idols found in Kültepe are figurines of women. "No idols of men have been found so far. The women statues are naked and have a decorated throne, and there are braids on their backs."

The professor said the team found around 20 new artifacts during this year's excavations, all of which are of great importance. This year's work was being carried out with a limited number of people due to the coronavirus pandemic, he added.

Excavation work started 72 years ago at the Kültepe site, located some 24 kilometers (14.9 miles) away from the Kayseri city center. The mound revealing the ruins of the first city founded by the Hittites in Anatolia contained administrative buildings, religious buildings, houses, shops and workshops. The site was added to the UNESCO World Heritage Tentative List in 2014.