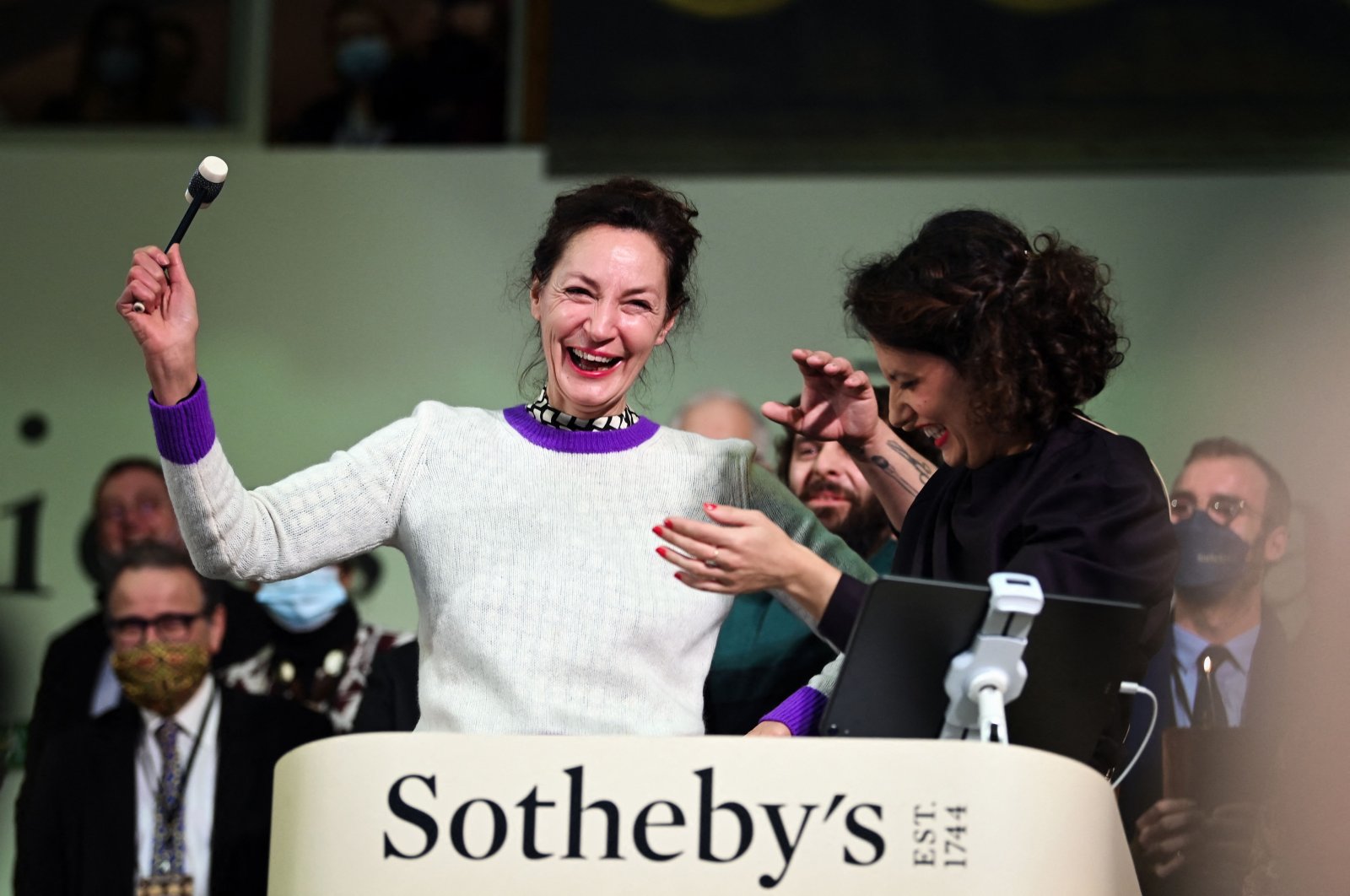 Albert Einstein's handwritten notes for the theory of relativity, a self-portrait by Frida Kahlo, one of the 13 original first printings of the United States Constitution, two splendid diamond bracelets that belonged to French Queen Marie Antoinette, an original Apple computer, hand-made by the company's founders Steve Jobs and Steve Wozniak more than 45 years ago ... You get the idea. The auction world has been going crazy as of late with a string of record-breaking items going under the hammer and through the roof.

Valuations are becoming hard to judge.

That came just days after a storyboard for the failed 1970s film version of "Dune" sparked a bidding war that pushed the price 100 times above the valuation to 2.7 million euros.

Market watcher Artprice credits a transition to online sales for sparking new levels of interest, particularly in the U.S. and Asia.

"The auction houses were very behind the times. But Covid forced them to modernise and the result is that online sales have been spectacular and have attracted a new audience," said Artprice founder Thierry Ehrmann.

Many dynamics are changing, he said, giving the example of 30-somethings who prefer to collect art than buy their first home.

After an initial freeze as the pandemic took hold in 2020, online auctions exploded later in the year as millions hunted for new ways to kill time and spend money during lockdowns.

With stock markets soaring in the pandemic, the rich got significantly richer, while struggling to find ways to spend it.

This has helped push the old masters to new heights.

This month alone in New York, a Van Gogh went for $71.3 million and a Kahlo self-portrait set a new record for the Mexican artist's work at nearly $35 million.

But it has also created a hunger for almost anything collectible, from Michael Jordan sneakers ($1.5 million), to an original copy of the U.S. Constitution ($43 million) to an 800,000-euro bottle of Burgundy wine.

"At a time when many art fairs can't happen in person and online viewing rooms are awful, auctions have become a predominant form of selling," Anna Brady, art markets reporter for The Arts Newspaper, said on its podcast.

Brady highlighted the infusion of cash from a new source: crypto-millionaires.

They have expanded from an initial focus on digital art – such as the mind-boggling $69 million paid for a JPG file by one of its pioneers, Beeple, in March – into more traditional tastes.

Crypto "whale" Justin Sun has bought works by Picasso and Andy Warhol this year, and paid $78.4 million for Alberto Giacometti's "The Nose" sculpture this month.

Sun then triggered a lot of harrumphing among stuffed shirts of the art world by boasting about his purchase on Twitter – breaching their traditional codes of secrecy and discretion in a way that suggests an even more competitive market to come.

Is it all a bubble?

It's a question that's been raised before, especially in the 1980s when the art market looked in danger of overheating under the pressure of a new generation of yuppies trying to flash their cash.

But despite several cooling-off periods – including the 2008 financial crash and a sharp drop between 2015 and 2019 – the overall trend has been skyward.

Artprice says the contemporary art market has grown from $103 million in 2000 to $2.7 billion today.

"Buying and re-selling has become much more natural: to refine one's collection, or following a divorce, or because our tastes have changed," said Ehrmann.

Deloitte estimated in 2020 that the uber-rich own $1.45 trillion of art and collectibles.

For these people, said Ehrmann, "there's no longer a psychological barrier to paying more than a million dollars for something online."