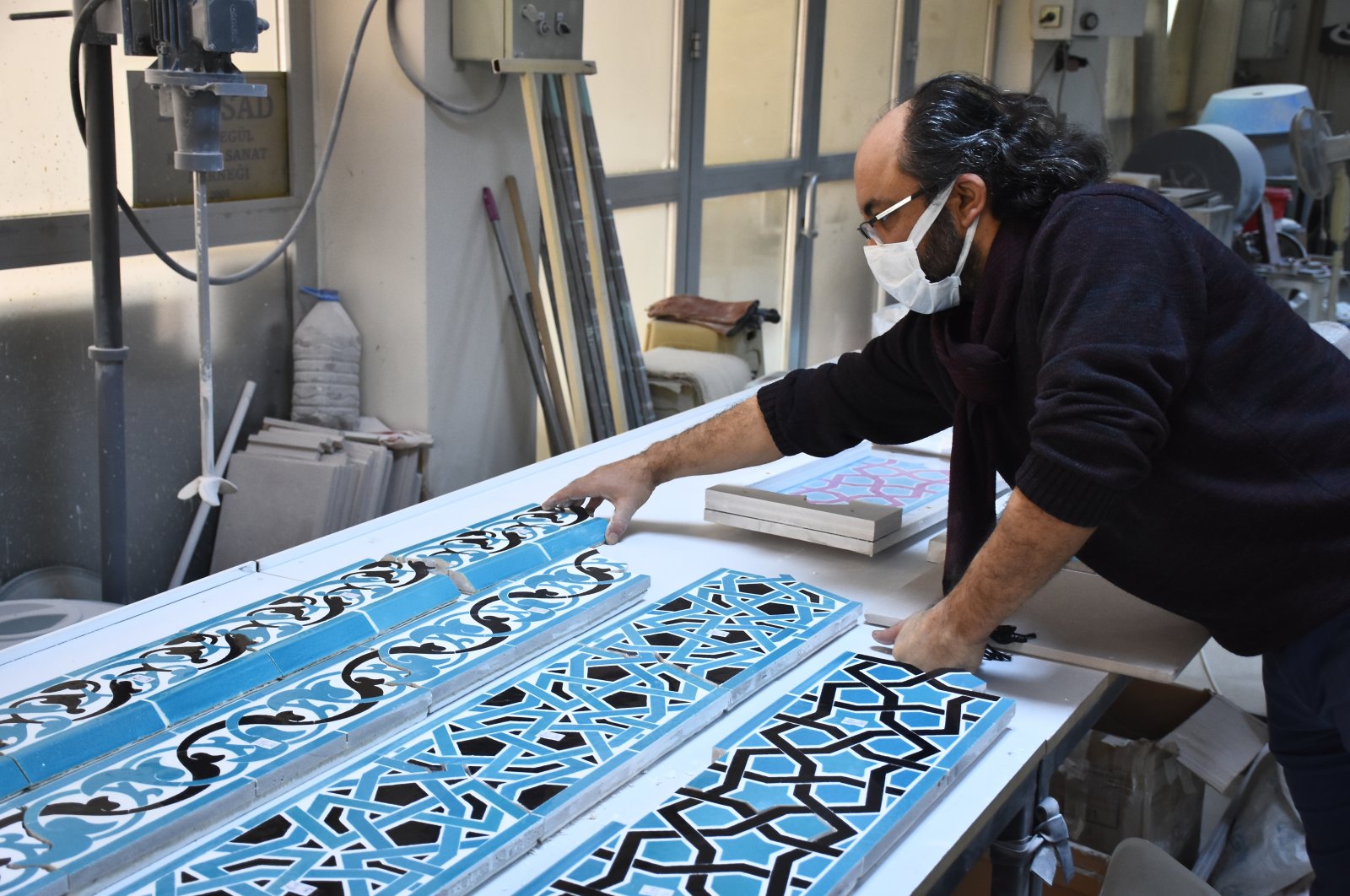 Restoration of Anatolian Seljuk sultans' sandukas, a type of cenotaph placed over the original graves of the distinguished people in Turkish-Islamic tradition, in Alaeddin Mosque has begun in the central Turkish province of Konya. Following a general restoration at the mosque, one of the legacies of the Sultanate of Rum, the work to bring the cenotaphs and the mosque’s mihrab, a semicircular niche in the wall of a mosque indicating the qibla – the direction of the Kaaba in Mecca and hence the direction that Muslims should face when praying – to their former state was launched.

The construction of Alaeddin Mosque was started on the current Alaeddin hill during the time of Anatolian Seljuk Sultan Mesud I. It took its final form, which is very close to the mosque’s current appearance, and was opened for worship during the time of Kayqubad I.

The mihrab of Alaeddin Mosque, known as the “Mosque of the Throne,” and the tiles on the cenotaphs of eight Anatolian Seljuk rulers in its courtyard are being restored now. The mihrab and cenotaphs, made with the mosaic tile technique often used by the Anatolian Seljuks, are being reprocessed by experts like pieces of a puzzle.

Nurullah Osmanlı, Konya Regional Director of Foundations, told Anadolu Agency (AA) that Alaeddin Mosque and the kümbet, a dome-shaped mausoleum from Seljuk architecture, in its courtyard were restored by the General Directorate of Foundations between 2014 and 2019, and now it is the turn of the sultans’ cenotaphs in the kümbet and mihrab tiles to be restored. Emphasizing that they are applying the tile technique used about 800 years ago for the restoration, Osmanlı said: “While restoring the eight cenotaphs, we will also add tiles on the ones that lost their tiles.”

“What matters for us is to remake tiles just like they were made by our ancestors 800 years ago. We are carrying the method and mastery of our ancestors to date.” Osmanlı said that the patterns in mosaic tiles are created not by drawing but by combining parts. “It is a very demanding method. This technique tries to create the main shape by pasting each individual piece to the infrastructure. In the restoration, we will apply it,” he continued.

Osmanlı noted that the mosque is open both for worship and to visitors and added that the sections where restoration work continues are partially closed.