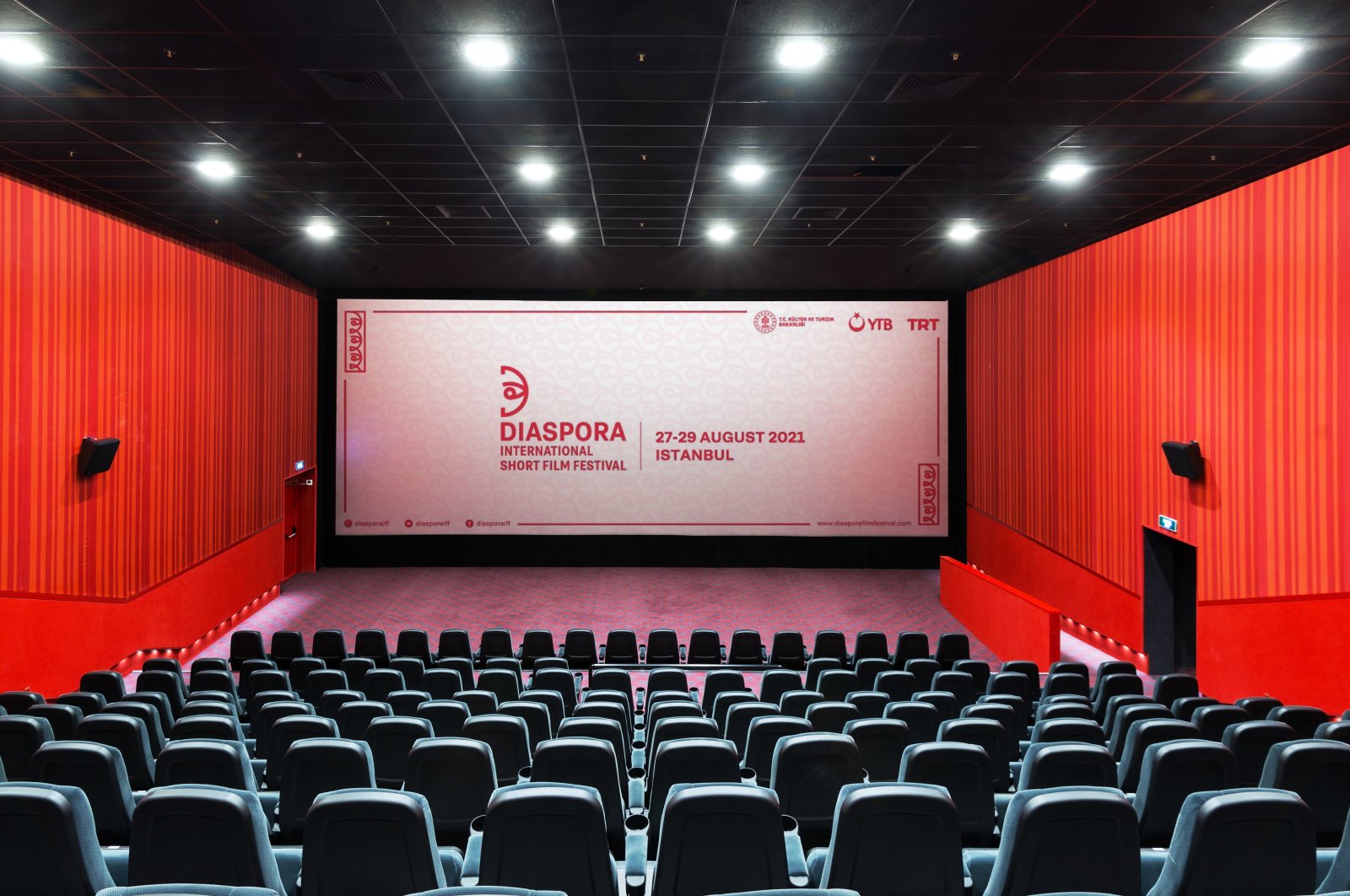 A panoramic view of an empty cinema hall with a screen. (Shutterstock Photo)
by DAILY SABAH WITH AA Jun 15, 2021 10:37 am
RECOMMENDED

The Presidency for Turks Abroad and Related Communities (YTB) will hold the Diaspora International Short Film Festival in Istanbul for the first time on Aug. 27-29 this year. The call for submissions will remain open until June 30.

Organized by the Bosphorus Culture and Art Foundation, the festival aims to bring a new perspective to the culture and art life not only in Turkey but also in diaspora communities in different countries.

“Primary objectives of this festival include hosting in Turkey the filmmakers of diaspora communities, especially the young today but outstanding and influential of the future; establishing positive bonds both among themselves and with filmmakers in Turkey; leading talented young people to art through cinema and providing them new opportunities,” the official website of the festival reads.

The competition is an initiative of the YTB in corporate partnership with the Turkish Radio and Television Corporation (TRT) and support of the Turkish Culture and Tourism Ministry.

Short films shot after Jan. 1, 2020, are eligible for submission. Films that are no longer than 20 minutes and emphasize identity, multiculturalism, multilingualism, harmony, coexistence, cultural interaction, social tolerance and migration will be evaluated during the application process.

There are two different competition categories for short films at the festival. The first category will award diaspora-themed movies shot in a language other than Turkish. In the second category, movies in Turkish or Turkish dialects will vie.

“Diaspora communities add value to the countries they live in together with their homeland and humanity itself in a number of fields that prominently embrace art, free thought and creativity. As YTB, we believe in the power of diaspora art, and in line with this anticipation, we aspire to support all artists working in this field. In this regard, we have commenced to organize an international diaspora short film festival within the realms of unveiling the common values as well as the differences of diasporas by means of the cinema sector, which is one of the mediums where art can be revealed most effectively.”

More information can be found on the festival's website.