9th edition of ‘Count Us In!’ spotlights award-winning Turkish movies at Istanbul Modern 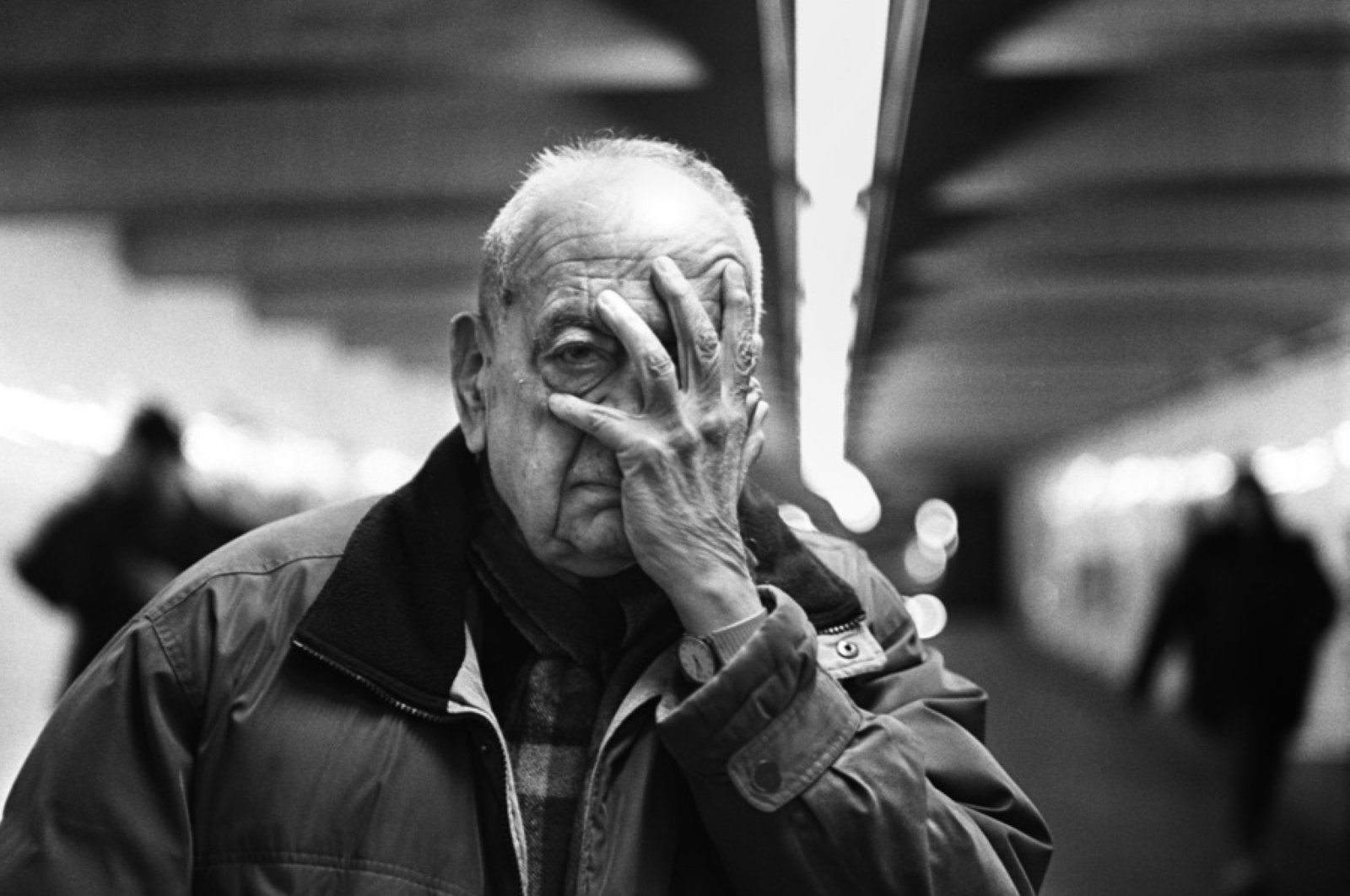 Istanbul Modern Cinema is set to continue online film screenings, with a selection of Turkish award-winning features greeting visitors to the museum's website

Celebrating its ninth anniversary this year, Istanbul Modern Cinema’s program "Count Us In!" is bringing together the newest films from the cinema of Turkey. This year’s program, which will be presented online and free of charge, focuses on films that have aroused curiosity and won awards at festivals despite having spent little or no time at all in theaters.

All films that are part of the program can be viewed on Istanbul Modern Cinema's website between the dates specified in the schedule. Audiences need to register to view the movies which can be watched within three hours of registration.

Director Zeynep Dadak's first feature-length film, “Ah Gözel Istanbul” (“Invisible to the Eye”), will be screened Dec. 19-21. Revealing an unusual side of Istanbul to the viewers, the film is based on the work titled “Istanbul in the 17th Century," written by wanderer Eremya Çelebi Kömürciyan in the 1660s. Dadak embraces the name of the film and features the historical city of Istanbul from never-before-seen angles. From old Byzantine dungeons to the Yedikule gardens, she presents a portrait of the city's ever-changing face and demographic landscape. With its multi-layered narrative and visual language, “Invisible to the Eye” is surely one of the most interesting films made on Istanbul.

Directed by Leyla Yılmaz and starring Senan Kara, Emir Özden and Yurdaer Okur, “Bilmemek” (“Not Knowing”) will be available online Dec. 25-27. The film deals with many modern issues of the social media age. Umut, who is the son of a doctor mother and engineer father, is the only thing holding together the broken relationship of his parents. Stepping away from a problematic household and playing for the polo team in high school, where he is bullied, does not bring any much-needed relief to his life. Yılmaz addresses the notions of "knowing" and "not knowing" set by social media bravely in the film.

Director Orçun Behram's feature-length debut “Bina” ("The Antenna") will be screened Dec. 21-23. The movie, which premiered last year at the 44th Toronto International Film Festival, stars Ihsan Önal, Gül Arıcı and Levent Ünsal. Set in a dystopian world, it deals with the manipulation of the perception of reality through a television antenna erected on the roof of an apartment building, and the lethal force this antenna emanates in a very stylized world. Although "The Antenna" primarily references the 80s with its hyper-reality and manipulation of the masses by the media, it also mirrors today's dark and oppressive atmosphere. “The Antenna” is a genre film that is at once a system criticism and a thriller that operates with the themes and visual codes of the horror genre.

Directed by Şirin Bahar Demirel, “Kadınlar Ülkesi” (“Women’s Country”) will be screened Dec. 23-25. The documentary portrays two families who choose to leave their countries due to war, uncertainty and injustice and settle in Florida, especially focusing on the women and children in these families. Holding sincere conversations about feelings of longing, belonging and guilt with Fatima and Huda, who have left their families, homes and memories behind, the director shares his own story of immigration to America and his efforts to take root as well as his emotional state with the audience as if he is thinking out loud. Snapshots from his life in Florida are accompanied by archival footage of the discovery of a new planet in space where life is possible.

Ferit Karol’s “Kumbara” (“Penny Bank”) will be open to online access on Dec. 28-30. In the movie, middle-class accountant and family man Orhan is under heavy debt when his friend, for whom he had been a guarantor, abandons him. Orhan’s mother has been in a coma for a while, and it is highly probable that she will die soon. As Orhan tries to get out of this difficult situation, he moves away from his family and loved ones and becomes alienated. “Penny Bank” builds a minimalist and realistic family drama based on its central character, while also reconsidering the roles of masculinity of an ordinary man with its humor and solid acting. This first feature, which the director admittedly wrote based on his own life, won the Behlül Dal Best Debut Film Award at this year's Antalya Golden Orange Film Festival.

Deniz Tortum’s “Maddenin Halleri” (“Phases of Matter”) can be viewed on Dec. 27-29. Tortum decided to make a film about the Cerrahpaşa Faculty of Medicine, where her father has been a doctor for 30 years and where she spent most of her childhood and youth years. The movie portrays the daily life at the hospital. While the audiences see a doctor who reads poems to his patient, they also see him accompany nurses on lunch breaks and perform surgeries. The production, which is at times poetic and at times terrifying, is a testimony of life and death. “Phases of Matter” won the Best Documentary Award at the 39th Istanbul Film Festival and the 57th Antalya Golden Orange Film Festival.

Directed by Serdar Kökçeoğlu, “Mimaroğlu” will be screened on Dec. 27-29. This very first documentary on Ilhan Mimaroğlu, one of the pioneers of electronic music history who passed away in 2012, has a multi-layered structure. In collaboration with Atlantic Records, Mimaroğlu worked directly with such jazz giants as Charlie Mingus and Freddie Hubbard. Along with bringing avant-garde classical and electronic music to his fans, he also wrote critiques, took photographs and shot films. The documentary, with its experimental narrative, both presents photos and music from Mimaroğlu's personal archive and narrates a story through Mimaroğlu’s wife Güngör. “Mimaroğlu” made its world premiere at the 2020 Visions du Reel Film Festival.

“Miss Holokost Survivor” (“The Pageant”), directed by Eytan Ipeker, will be screened on Dec. 19-21. Previously, her documentary on Turkish pianist Idil Biret had also been screened on "Count Us In!" The director’s latest film to be screened in the program is about a beauty pageant held for women who had survived the Nazi genocide. The aim of these contestants, aged between 70 and 80, is to make the jury appreciate the tragedy of their stories. The documentary tackles the concept tastefully, showing both how social memory is used in today's political conditions and the depth of the trauma experienced. The movie premiered at the Visions du Reel Film Festival.

Directed by Özkan Yılmaz, “Soluk” (“Breath”) can be seen on Dec. 26-27. Starring Uğur Polat, Aslı Inandık, Emrullah Çakay, Yılmaz’s first feature focuses on a drama where three different characters’ lives intersect. The story revolves around the lives of Aslı, who is in her 30s, full of life but not quite sure of what she really wants, and her upstairs neighbor and mentor Tamer, with whom she enjoys spending time. Tamer is ill and the presence of friends comforts him. There is also Celil, a caregiver looking after patients in their last days. While these three characters meet in the last few days of Tamer's life, their stories intertwine in the painful transition between life and death. The movie leaves a mark with splendid acting performances and a simple story line.