A drop in the ocean: On the last season of mind-blowing ‘Dark’ 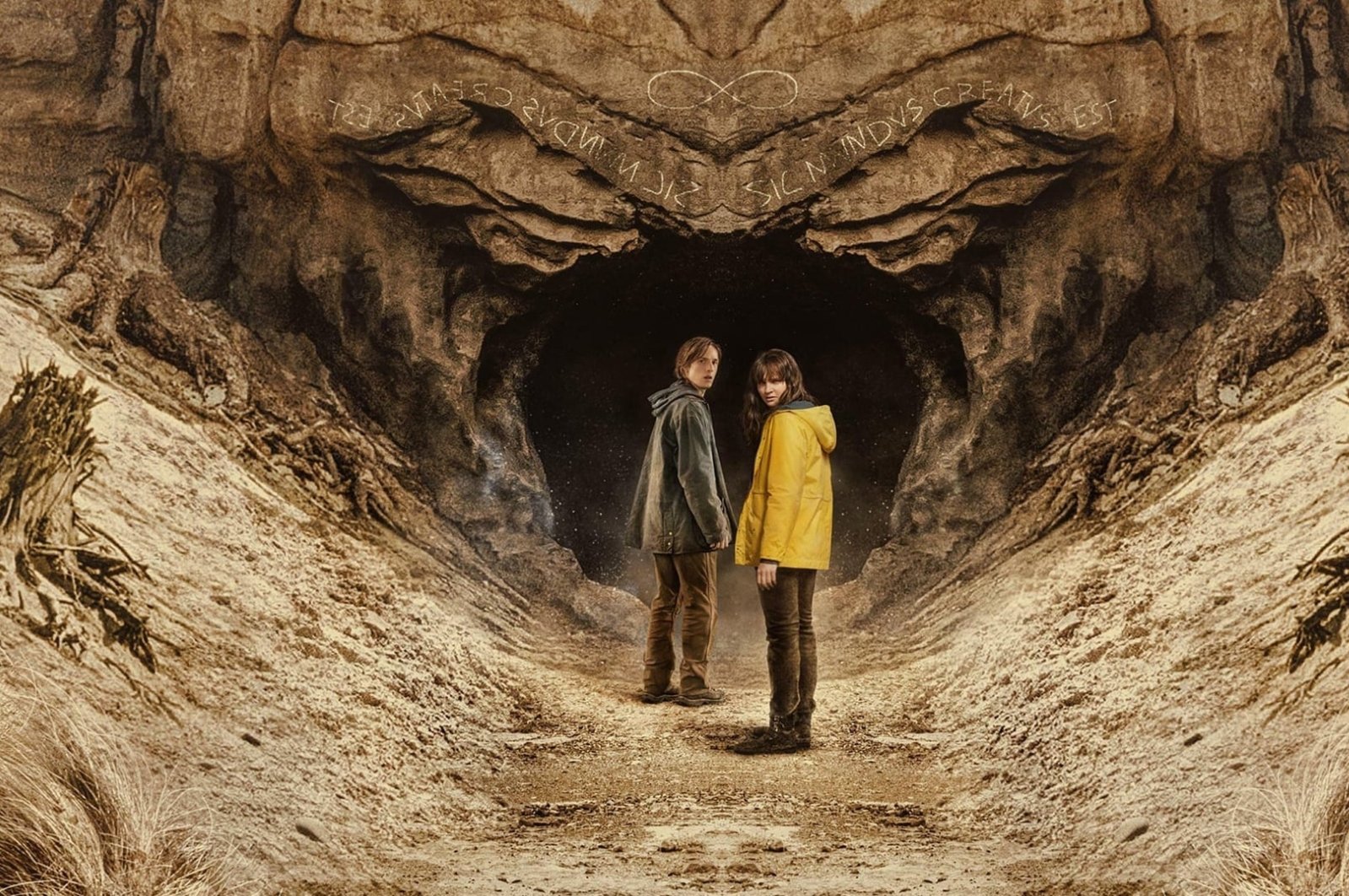 Netflix Germany recently released the third and final season of “Dark,” the first-ever German-language original series of the platform. Opening with Albert Einstein’s famous quote “The distinction between the past, present and future is only a stubbornly persistent illusion,” the series attracted widespread attention with its first two seasons. “Dark” has so far pushed the boundaries of our minds with its fiction that plays with the perception of time and space, further deepening in the final season.

The Netflix drama starring Louis Hofmann as Jonas Kahnwald and Lisa Vicari as Martha Nielsen takes place in Winden, a fictional town located next to a nuclear power plant. In Winden, each character travels in a time vortex in different time zones and even different universes.

But this narrative is much different and more original than classical science fiction storylines. Just like the first two seasons, references to many philosophies, philosophers, religious myths and scientific concepts are also examined thoroughly in the fınal season. Again, the experiences of each character between past, present and future are sorted layer by layer.

All the events and details in the series are solved in rapid succession in the final season. However, due to the obscure atmosphere and the complexity of its setup, some parts feel quite stagnant. Philosophical dialogue that slows the course of the story in places drags down the show's momentum, especially in the season's first four episodes.

The time travel, the flow of time and the links between the characters addressed in the first two seasons have almost been intertwined. While we thought everything was sorted in the second season finale, the third season has created quite a stir among the show's fans with a door opening to the parallel universe.

In the final season – spoiler alert if you don’t want to know – we might need to take a look at the previous seasons to remember details of the story and the motivation of the characters. But the issue of parallel universes is expertly told in a parallel story. It feels as if we were watching the first season from the beginning with slight differences. This fiction reminds us of many things we have forgotten.

Vicari’s character Martha takes the lead in the third season of the story that we have so far followed through Jonas' eyes.

In the first season, we saw lost children, the nuclear power plant, the cave and those who traveled thanks to the time machine. We were trying to understand what happened in the two present time periods and in the past through Jonas' eyes. As soon as we thought we understood the previous seasons, where we saw the young, adult and elderly versions of the characters layer by layer, the fiction was taken to the next level.

Everything was an illusion in the story we watched during the first season. In the second season, in the future, we traveled to a post-apocalyptic period again with the young Jonas. It turns out that all hell broke loose with an explosion in the nuclear power plant, which would close in 2019. The explosion was caused in the 1970s by a substance that was released in this nuclear power plant and stored in barrels. All of these disruptions in time were caused by events that exposed this substance.

Young Jonas, who travels to 2053, later goes back in time using the substance and wants to prevent this apocalypse from ever happening. He focuses on saving his family and especially Martha. However, the substance, called “God-particle,” takes him back to the early 1900s.

Noah in the first season and Adam in the second season pose a great mystery. Adam is the old version of Jonas. Young Jonas meets him on his journey, asking the questions he is curious about to his older self.

According to Adam, everything is an infinite repetition. Time is in a recurring cycle. The beginning is the end, and the end is the beginning. What is believed to be God is also time itself. Evil spreads from time and defeats the good each time. It is time itself that dominates everything, the holder of absolute power. For this, this cycle has to be broken to prevent time from ever prevailing.

The old Jonas, Adam, is a complete pessimist-nihilist. He argues that annihilation is better than existence. Essentially, he sounds like a combination of German philosopher Arthur Schopenhauer, who thinks “man can do what he wills, but he cannot will what he wills,” and the German cultural critic Friedrich Nietzche.

What we will see in the third season is very different from what we have seen so far. Just as Adam says in the series, what we know is like a drop, what we do not know is like an ocean.

Whatever young Jonas does, he cannot prevent what happens and the apocalypse breaks loose. Meanwhile, Martha arrives. But she is not from a different time period, but the parallel universe, and saves Jonas from the apocalypse.

This time, the third season centers around Martha rather than Jonas. Jonas arrives in Martha's parallel universe. What happens in Jonas' world is similar to what is happening here to Martha with her young, adult and elderly selves. Her adult self calls herself Eva in comparison to Jonas’ Adam.

From the beginning, the series focuses on the existence of free will in the direction of Schopenhauer's theories based on the results of our decisions. In this season, “Dark” through its characters makes us feel like we are stuck running on a wheel going nowhere like a hamster in its cage.

Jonas, who focuses on saving everyone, and Martha, who comes from a world where Jonas never existed, are unable to escape repetition in the endless cycle of time, even if they move around and follow different paths.

In fact, Adam and Eva control the cycle in their own universes. Their mutual fondness also requires destroying each other because time always separates them. They think that if this cycle does not repeat, they will not meet. There is a struggle to achieve or destroy an infinite loop between the two.

The series, with all this, is not about taking us from a certain beginning to an end but actually describes the big picture the story outlines for us.

Compared to the previous seasons, it can be trying for the audience to interpret the cycle of infinite repetitions affected by different possibilities because it requires that we stop trying to tie together what we have learned. The curves it has thrown constantly force us to think beyond what we know.

Even though the recurring events and their possibilities seem different, the result brings about an apocalypse in the end. Although there are different options in this labyrinth, every road traps them inside the maze again. The characters cannot find the “paradise” they are looking for. Martha and Jonas still cannot meet.

Adam wants to destroy, while Eva wants to provide life and existence. One is light, and the other is a shadow. In fact, two different universes allow them to meet and get separated. This state of a loop allows them to exist together in this way.

The season's first episodes, filled with hopelessness, complex new information, frequent repetitions, characters we think can help and manipulative motives, can actually be exhausting to watch. But the story, which promotes constant suspicion and questioning, offers a unique experience in the course of all these aspects and provides a resolution that leaves the audience satisfied.

The series finale, in particular, suggests every road taken into the past to grasp the familiar is doomed to simply repeat unwanted events. What matters is not pursuing obsessive goals only to be drowned by a drop of water but taking into account the existence of others and the present, to see the big picture, thus realizing that we are just a drop in a huge ocean.