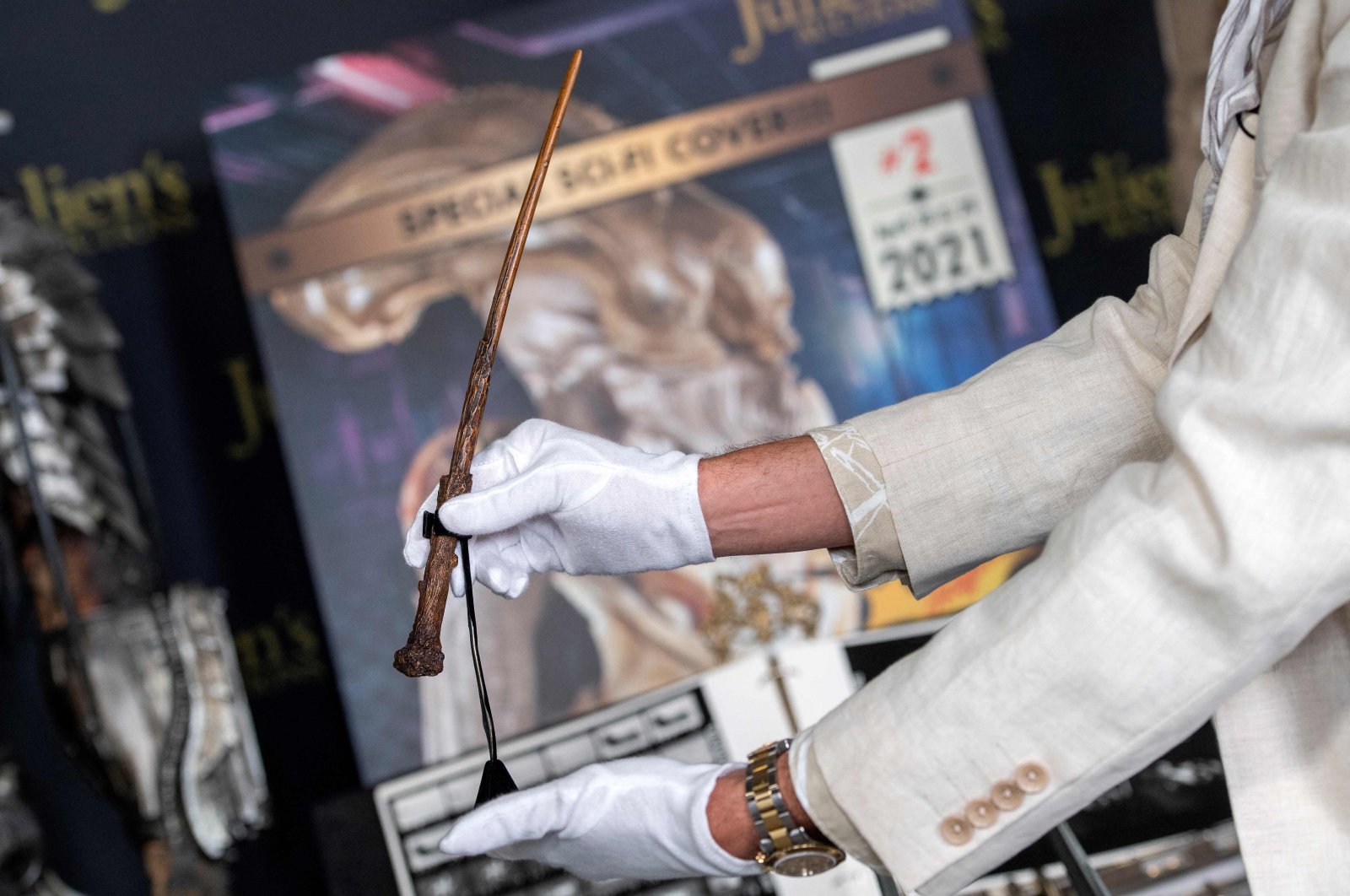 A prototype of the terrifying monster from "Alien," a mobster's three-piece suit worn by Al Pacino in "Scarface" and Harry Potter's wand are among 800 items from classic Hollywood movies up for auction next month in Los Angeles.

The blockbuster auction's centerpiece is the life-sized, nightmarish Xenomorph creature from Ridley Scott's classic 1979 sci-fi horror film “Alien,” considered by many as a masterpiece of the genre and a major influence on modern thrillers, expected to fetch up to $60,000.

Designed by Swiss artist Hans Ruedi Giger, the translucent costume was long presumed missing and has never been on sale before, according to Julien's Auctions executive director Martin Nolan.

"This is Western pop culture. But now these items are known globally," he added.

Props from various Batman movies will be on offer, from the bodysuit worn by Val Kilmer's caped crusader and the cloak donned by Michelle Pfieffer's Catwoman in "Batman Forever," to the massive rifle wielded by Arnold Schwarzenegger as Mister Freeze in "Batman and Robin."

The Zippo lighter used by Bruce Willis' character throughout "Die Hard" can be purchased alongside the ratty "studio distressed" vest he wears in the sequel "Die Hard With a Vengeance."

An original Imperial scout blaster from "Star Wars: Return of the Jedi" is likely to yield $20,000-$30,000, while a pair of original bladed gloves worn by Johnny Depp in "Edward Scissorhands" could draw up to $50,000.

"If you love Harry Potter, and you're probably at a stage when you're starting to make money now (if) you grew up with Harry Potter movies, and you want to own something from your youth," Daniel Radcliffe's wand is available, added Nolan.