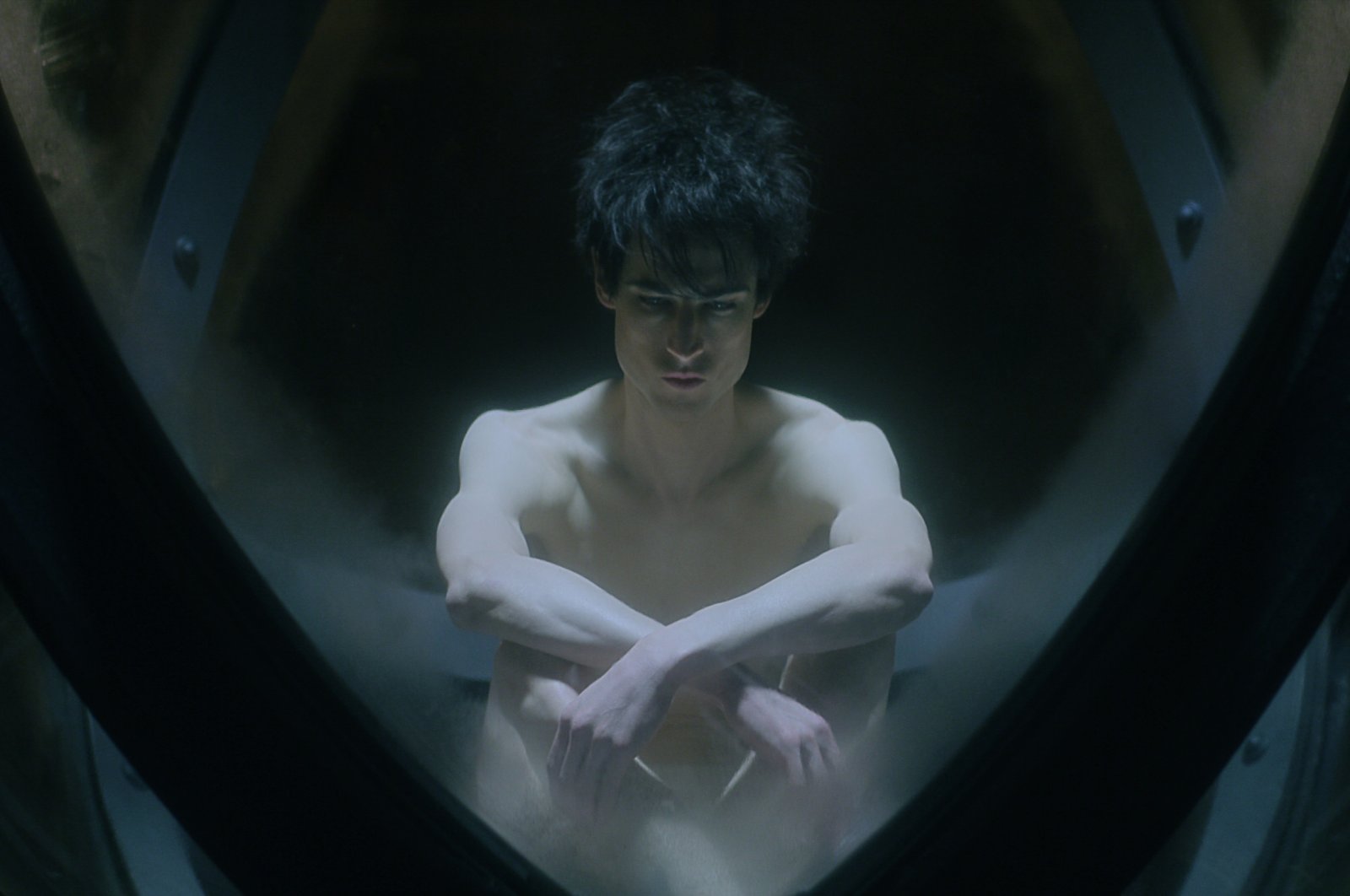 English actor Tom Sturridge strives to look like Morpheus, a fictional anthropomorphic personification from Neil Gaiman's "The Sandman," with a bone-white skin, black hair and two distant stars looking out from the shadows where his eyes should be.

But he and Gaiman realized that to bring the "Sandman" protagonist to life, he had to be able to walk among humans.

"Because the most important thing for me is that Morpheus is representative of us," the 36-year-old British actor, who stars as the Dream King, told the Daily News.

An on-screen adaptation of Gaiman's DC Comics series, which published 75 issues from January 1989 to March 1996, has been stuck in developmental hell for decades. Netflix's version, with Gaiman himself at the helm, came out out Friday.

Starring Sturridge as Dream or Morpheus or the titular Sandman or any number of nicknames, "The Sandman" opens with one of the seven Endless (a family of siblings made up of Destiny, Death, Dream, Destruction, Desire, Despair and Delirium) captured in an occult ritual and held hostage for almost 100 years when he refuses to grant their wishes.

When he finally escapes, Dream returns to his kingdom, the Dreaming, to find it in shambles and his people mostly gone. With the help of his librarian Lucienne (Vivienne Acheampong) and his raven Matthew (voiced by Patton Oswalt), Morpheus sets out to restore what once was.

"I think that normally, with these kinds of narratives, you're following a hero. With 'Sandman,' though there is, to some extent, a protagonist in Morpheus, what he's doing is shepherding you through the stories and dreams through others, through thousands of different kinds of humans and creatures and beings," Sturridge said.

"One minute you're in Hell with Lucifer Morningstar and the next you're in a homicidal ritual in America."

Lucifer, played by "Game of Thrones" alum Gwendoline Christie, proves to be just one of Dream's obstacles. In his absence, the Sleeping Sickness took over, leaving millions of people asleep with no dreams, no nightmares, just emptiness. His own nightmare, Corinthian (Boyd Holbrook), escaped the Dreaming and set out to cause as much destruction as possible. Johanna Constantine (Jenna Coleman), an occult detective specializing in exorcisms, is overwhelmed by the evil. Even his own sister, Death (Kirby Howell-Baptiste), has struggled to keep up.

But there's a throughline of hope, including in one of the comic’s most iconic scenes with Dream and Lucifer. And yet the world of "Sandman" is a dark one, where cruelty and pain run freely. For Sturridge, who used the eight-month audition process to "read all 2,500 pages over and over again" and now counts himself one of the series' most rabid fans, that's part of the appeal.

"I think there's this trope that we have in contemporary storytelling where you’ve got to find the good in the bad guy. It's banal, I think, and is a kind of cliche and a vanity, because no one is brave enough to play a truly bad person. They always want everyone to love them. I think it's thrilling to be a part of something where there is an actually genuine bad guy who doesn’t really change," the actor, who previously starred in "The Boat That Rocked" and was nominated for a Tony Award in 2019 for "Sea Wall/A Life," said.

"But, having said that, I look at Lucifer and I see someone cast out from heaven and a life that has been utterly destroyed, and I think there's a complexity there."

For Gaiman, whose work also includes "American Gods" and "Good Omens," "The Sandman" has remained among his most revered, a terrifying, funny mixture of fantasy and horror that stood up on the shelves next to Batman and Superman in the DC library.

Joseph Gordon-Levitt tried to make a movie. Fox ripped Lucifer out from the pages and turned it into a procedural starring Tom Ellis. Audible did a multi-part adaptation, then a sequel.

But "The Sandman" got Gaiman on set every day. Sturridge knows the expectations of the fan base and the pressures that come along with that.

"I am part of that fan base. I'm in the same army. I will kill anyone who messes with this," he told The News. "I've made this film in my head the way I know everyone else has made their own film."