Berlinale to be organized with hybrid edition next February 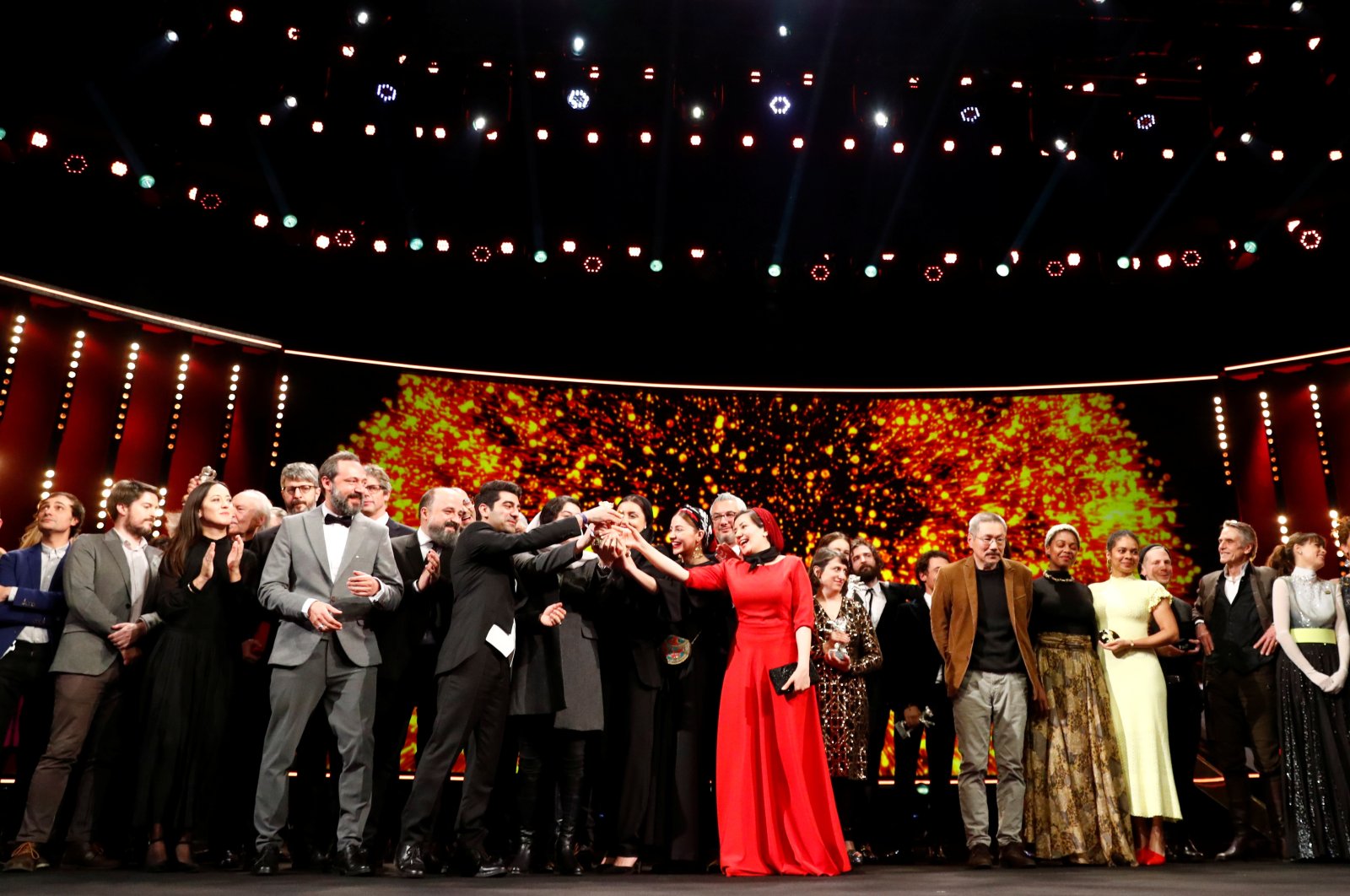 The awarded pose for a family picture after the awards ceremony at the 70th Berlinale International Film Festival in Berlin, Germany, Feb. 29, 2020. (Reuters photo)
by REUTERS Aug 26, 2020 10:51 am
Edited By Irem Yaşar
RECOMMENDED

The Berlin Film Festival will go ahead next February as planned despite the COVID-19 pandemic, its organizers said on Monday, as Germany battles a surge in infections linked to returning holidaymakers, large family gatherings and nightlife.

The film festival, also known as the Berlinale, is being planned as a physical festival while a hybrid model of virtual and on-site events is intended for the European Film Market (EFM) event running at the same time, the organizers said in a statement.

The EFM is the business center of the Berlinale and is one of the largest international film market events in the world.

The festival will take place Feb. 11-21 and will observe the health guidelines in place so that the organizers can guarantee the greatest possible security for all guests, they said.

"Adjustments in the festival structure, the film programming and the total number of invited films will be defined by the festival management within the coming weeks," it added.

The Berlin Film Festival, one of the industry's biggest events in Europe, normally draws 480,000 filmmakers, movie stars and fans into the cinemas of the German capital.

The festival's Golden Bear is one of the most prestigious awards in Europe, together with the Palme d'Or of the Cannes festival in France and the Golden Lion Award of the Venice Film Festival.

Cannes, the world's biggest cinema showcase, usually held in May on the French Riviera, was abandoned following a two-month lockdown in France to combat the coronavirus pandemic.