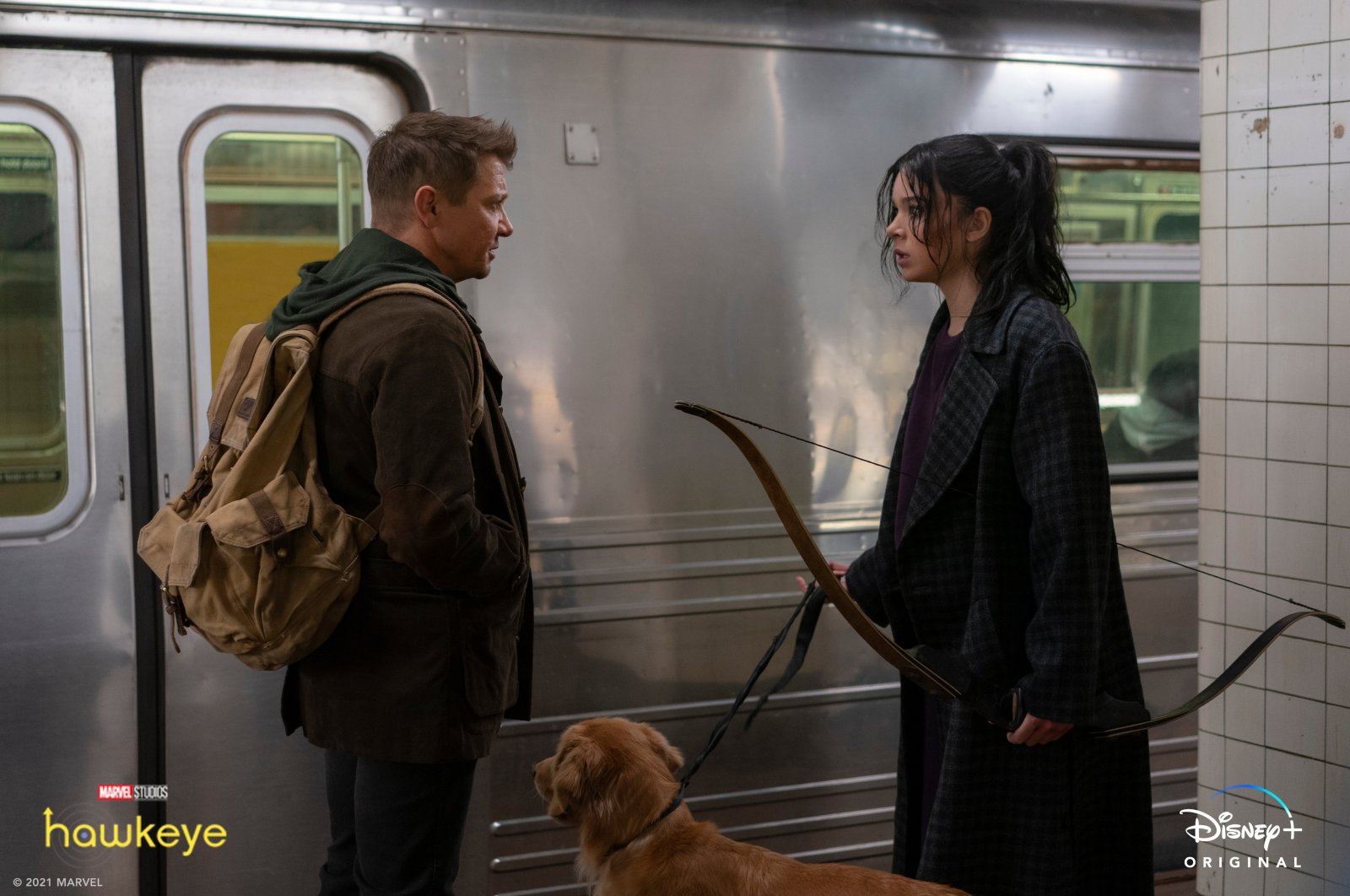 This holiday season, the best gifts come with a bow. Clint Barton, alias Hawkeye, and Kate Bishop shoot a few arrows and try to avoid becoming the target themselves in the upcoming miniseries. The six-part “Hawkeye” sees Jeremy Renner return to the role of Clint Barton/Hawkeye, introduced in the 2011 movie "Thor," for his first solo show.

The show is intended to be the fifth television series in the Marvel Cinematic Universe (MCU).

"It's always exciting any time I can fit into a suit," joked Renner, who makes his sixth Marvel outing with the series, as he premiered the show's first two episodes in London.

"Always very excited to get back in the MCU and help tell some stories. This time it's very, very different because you're telling a six-hour story and not a two-hour film."

"Hawkeye" is set in the aftermath of "Avengers: Endgame," with Barton getting ready to spend Christmas with his family. A threat from his past forces him to leave his loved ones behind and team up with Kate Bishop, a talented young archer – and big Hawkeye fan.

"I feel just so lucky to be playing a character that so many people love and so many people have been so excited for such a long time to see her brought to life," the 24-year-old told Reuters.

The series' co-director Rhys Thomas described introducing Kate Bishop to the MCU as "thrilling" and "scary."

"Kate Bishop's such an exciting and energetic and a different voice, I think a type of voice that we haven't seen in the MCU. You feel a responsibility, but I think Hailee more than delivers," he said.

The self-confessed Christmas movie fan said he believed the setting added warmth and joy to the series' storyline.

"It's a Christmas show, which we haven't seen from Marvel before. It's about a man trying to get home to his family for Christmas, ultimately." "Hawkeye" starts streaming on Disney+ on Nov. 24.