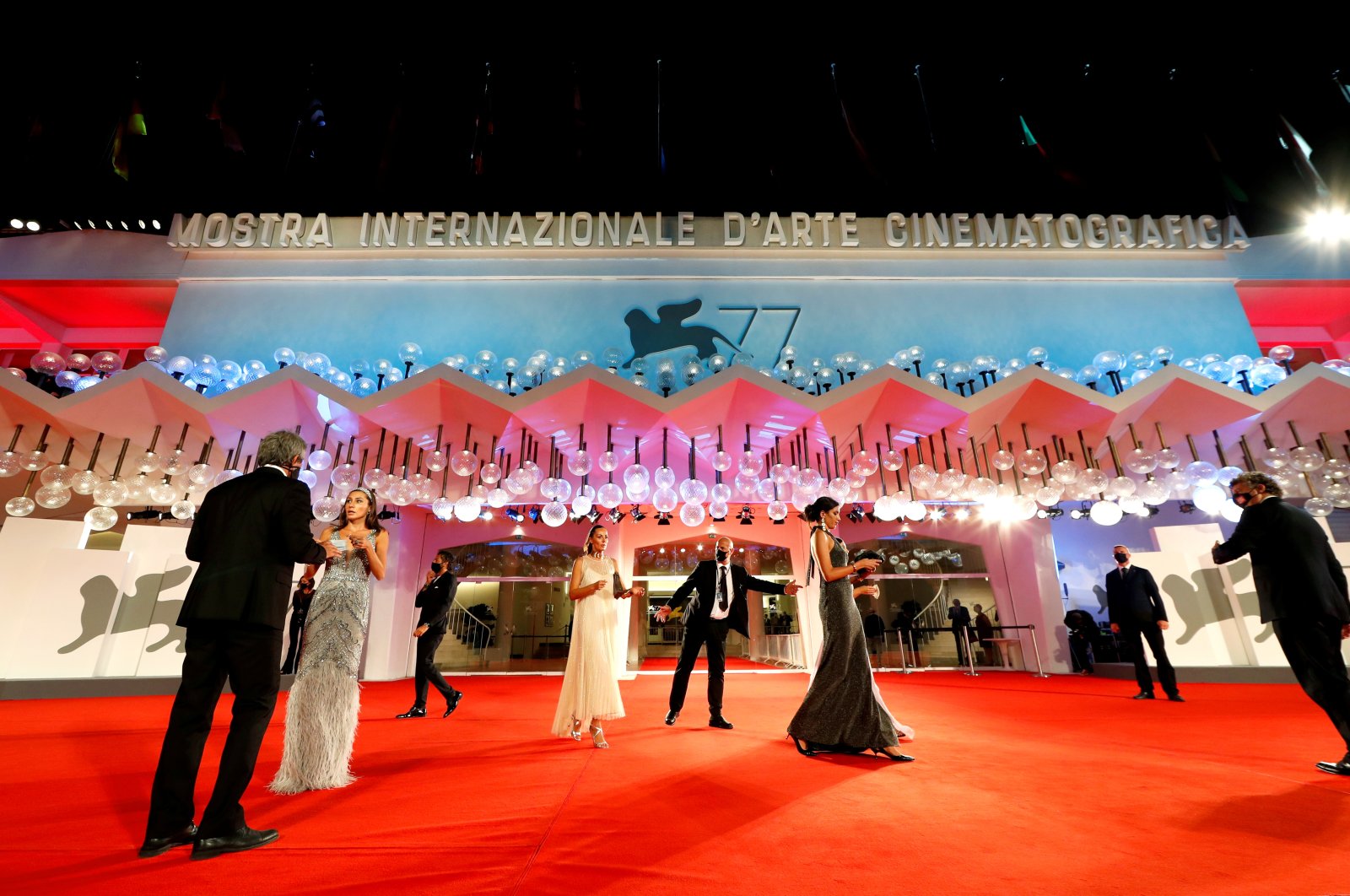 People gather for red carpet arrivals for the screening of the film "The Duke" at the 77th Venice Film Festival in Venice, Italy on Sept. 4, 2020. (Reuters Photo)
by French Press Agency - AFP Sep 05, 2020 3:37 pm
RECOMMENDED

The retro British comedy "The Duke" has charmed the Venice film festival, with critics Saturday heaping praise on its stars Helen Mirren and Jim Broadbent.

The caper, which has been hailed as a throwback to the glory days of Ealing Studios in the 1950s, has Broadbent as a self-educated working-class man from a gritty northern city pulling one over on the snooty British establishment.

With COVID-19 taking some of the shine off – and keeping many Hollywood stars away from the world's oldest film festival, it was a belly laugh that Venice needed.

The yarn is based on the stranger-than-fiction true story of a disabled Newcastle pensioner called Kempton Bunton who allegedly stole Goya's painting of the Duke of Wellington, the victor of the Battle of Waterloo, from London's National Gallery in 1961.

Mirren, who won an Oscar for "The Queen," is his crotchety cleaning lady wife, Dolly, who tries to rein in his madder schemes and social campaigning.

But Bunton cannot be deflected from crusading to abolish the television license fee for pensioners or writing books and plays including his reimagining of Jesus as a woman, "Susan Christ."

Its director Roger Michell, best known for "Notting Hill," said Benton – whose family helped the producers – was a rogue in the best British eccentric tradition, someone driven by a Robin Hood sense of justice.

"It's about a small man who stands up and speaks truth to power," the South African told reporters.

"That continues to be part of English culture, this celebration of the individual who brings a spirit of mischief to a revolutionary act."

U.S. website IndieWire was won over, saying "it's such an expertly crafted and highly polished piece of warm-hearted escapism that it's difficult to resist."

"The venerable cast, genial tone, inspirational story, and mischievous English eccentricity are all present and correct. Settle in, preferably with a nice cup of tea to hand, and enjoy," said critic Nicholas Barber.

While both Britain's The Guardian and the Telegraph gave it five-star reviews, Variety praised Broadbent in particular for his sparkling turn in "one of his most appealing big-screen roles."

Its critic Guy Lodge said the film was a time capsule from a grander age of British film-making when in a few short years Ealing Studios turned out classic after classic from "The Man in the White Suit," "The Ladykillers" and "King Hearts and Coronets."

"If Kempton Bunton hadn't really lived, Ealing Studios would probably have written him into existence," he quipped.

And unlike some popular English period pieces, "its quietly raised fist does cut through the more cloying notes of its cozy retro Englishness... it doesn't skirt over the cruel prejudices of the era," Lodge added.

But Screen International was not entirely convinced, with Fionnuala Halligan describing it as "by-the-Brit-playbook."

The real Benton was acquitted of the heist in a sensational Old Bailey trail – but he was convicted of stealing the frame.

Michell said his story has been all but forgotten since, even though the theft laws had to be changed afterward.

In the film, the former taxi driver steals the painting as a protest at the public money wasted buying the painting of Wellington, a general he said "was a bastard to his men and who voted to stop them having a vote."

Benton thought the money would be better spend on abolishing the TV license for pensioners, one of his hobby horse campaigns.