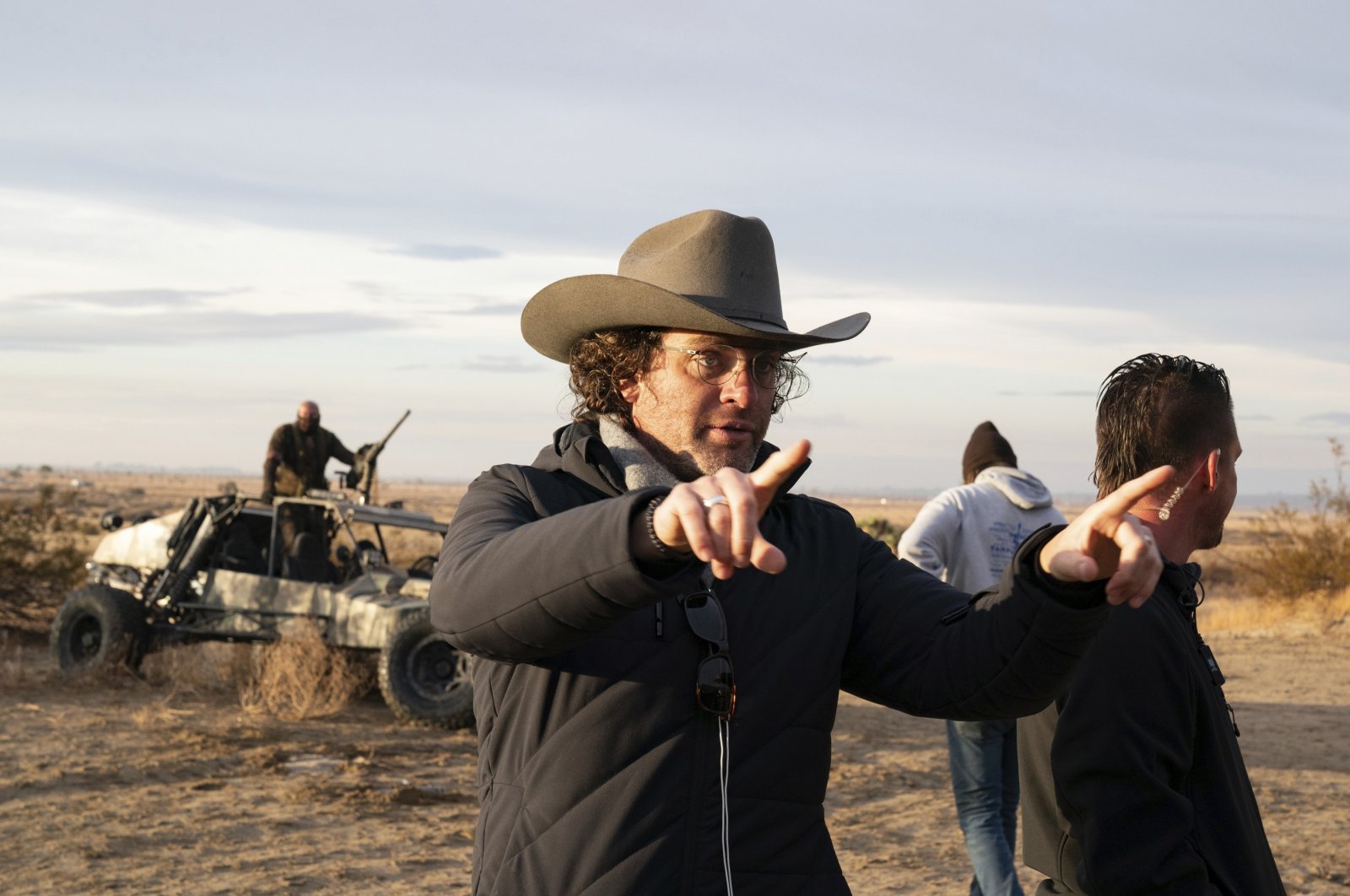 If you have been following the "Purge" series then you would know that every movie is a bloodbath, and also that every movie tries to incorporate some kind of a social message into its themes. Just because it is covered in blood does not mean it can't be a little clever. Well, "The Forever Purge," the latest installment of the franchise, takes place on the border between Mexico and the United States, and Mexican director Everardo Gout employs the strengths of fellow countrymen actors Ana de la Reguera and Tenoch Huerta to give a sense of authenticity to the flick.

The first film in the horror saga created by James DeMonaco was 2013's "The Purge.'' In this installment, De la Reguera plays Adela, who along with husband Juan (Huerta), tries to adapt as an immigrant recently arrived in the United States.

But when the time comes to fight the purge – an annual event where murders, rapes and all kinds of crimes are allowed – it extends beyond the established 12 hours. Adela takes up arms and fights alongside the men.

"Where are strong women in movies?" said Gout in Spanish in a recent video call interview from New York about his choice of the Mexican actress for this character. "Where are the women like my mother who raised me with my brothers? 40 years old, complex, complete, beautiful. I was very excited to be able to do that."

The filmmaker, who makes his debut as a Hollywood director with this film, said he always had Huerta in mind. The Mexican actor starred in his debut feature, "Days of Grace" ("Días de gracia") in 2011, and has been very vocal in his stance against the violation of immigrant rights and racism.

In "The Forever Purge," Huerta plays a horse trainer with almost magical abilities to control animals but is nevertheless rejected by the prejudices of Dylan Tucker (Josh Lucas), the white son of the owner of the ranch where he works.

"I knew he was the best actor for this role, so I stuck with my decision with the study saying 'I love Tenoch and I'm not going to see anyone else until you show me that there is a better actor out there'" Gout said. "That tape never came because there was no one better."

Unlike Adela, who strives to learn English, Juan does not want to forget his origins.

"I think the authenticity that Tenoch gives it is very important and on the contrary, what I said to James (DeMonaco) was 'let's use his accent, let's use his imperfection of English,'" said the director.

When the purge spirals out of control, Mexicans and Americans alike seek refuge in Mexico.

"It has a lot of ironies and a lot of messages that I think are important," Gout said. "The movie never falls from its shell of being a horror movie and a thriller ... (but) with that shell the waves can be political, it can be racial, it can be anything because it is organic for the characters."

Though "The Purge'' saga is fictional, with the very real rising levels of divisiveness, intolerance and violence in the wake of the coronavirus pandemic, could fiction become reality?

"Obviously we shot it before all the disaster that happened in America in the last year, but I think that's the genius of James DeMonaco, who has the clairvoyance to see five minutes into the future," Gout said. "It is a current film. If some aliens came to Earth, I think it would be one of the 10 films that represent who we are. "

And when it seems that the complicated relationship between Mexico and the United States has been introduced, the film reminds that long before the border issues, Native American people were in the region. In a prominent role, an Indigenous ally (played by Gregory Zaragoza) who guides them through the desert points out that they have been fighting oppression and extermination for 500 years.

Behind the camera there is also a Mexican presence. Gout called on his friend Luis Sansans to be the director of photography: "I needed my guardian."

For the director, the most difficult part of the production was to do everything that the apocalyptic script proposed – and stick to the budget.

"You have to resort to Spielberg from 'Jaws,' where the shark was broken all the time and that's why it's so scary, because you don't see the damn shark until the end," he said. "Although it looks very big, we did not have those conditions and that was the real challenge from start to finish."