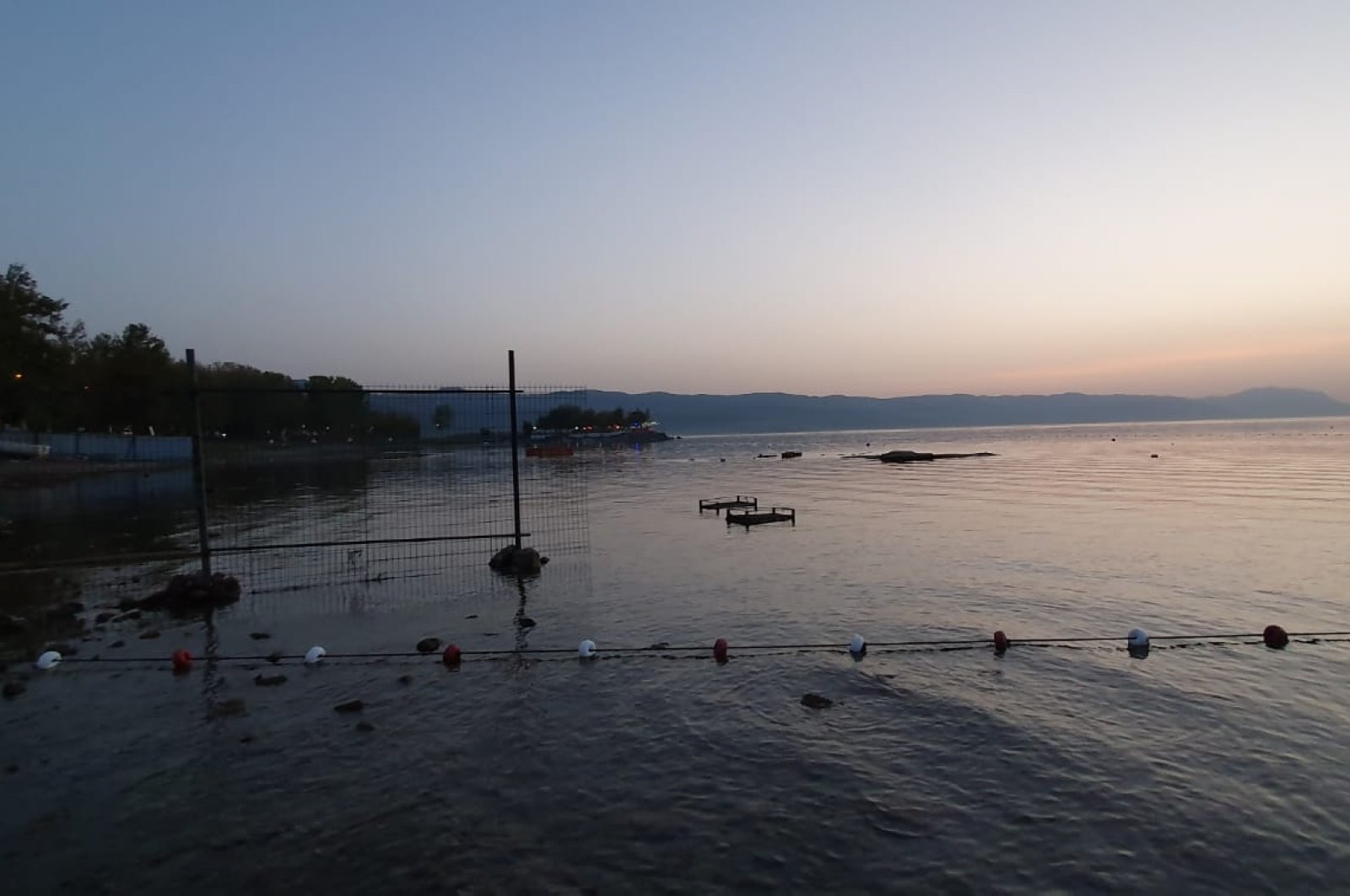 French director Pascal Guerin has completed the preliminary filming of his documentary "The Sunken Secrets of Basilica," which is about the submerged basilica in Iznik Lake in the western province of Bursa.

The Directorate of the Iznik Museum continues to work on the basilica in Lake Iznik, selected as one of the 10 most important worldwide discoveries of 2014 by Archaeology Magazine, published by the Archaeological Institute of America.

The idea of documenting the basilica, which is about 20 meters (65.6 feet) off the shore and lies 2 meters deep in Lake Iznik, emerged during talks between professor Mustafa Şahin, an academic at the Archaeology Department at Bursa Uludağ University (BUÜ) who is also the scientific consultant of underwater excavations, and director Pascal Guerin, whom Şahin met in France.

After garnering support for his documentary project, Guerin came to Bursa to film the documentary with the permission of the Ministry of Culture and Tourism. The filming, scheduled to last two years, will feature the mysterious journey of the basilica that emerged in Lake Iznik and the work done on it so far.

The documentary explores when the structures under the lake submerged and what kind of natural disasters caused this. Collaborating with the Geology Department of Grenoble University in France, clues about the functions of underwater structures are evaluated.

Şahin has been guiding the shootings as an academic who is working on the basilica that is estimated to have sunk in the lake due to a series of earthquakes. The first part of the shootings consists of interviews with scientists, local administrators, representatives of the tourism sector, photographer Aykut Güngör who discovered the structure, cameraperson Mehmet Yiğit and Saffet Yılmaz, from metropolitan municipality press and public relations coordinator. After the shooting is completed in Bursa, it will continue in France and Italy.