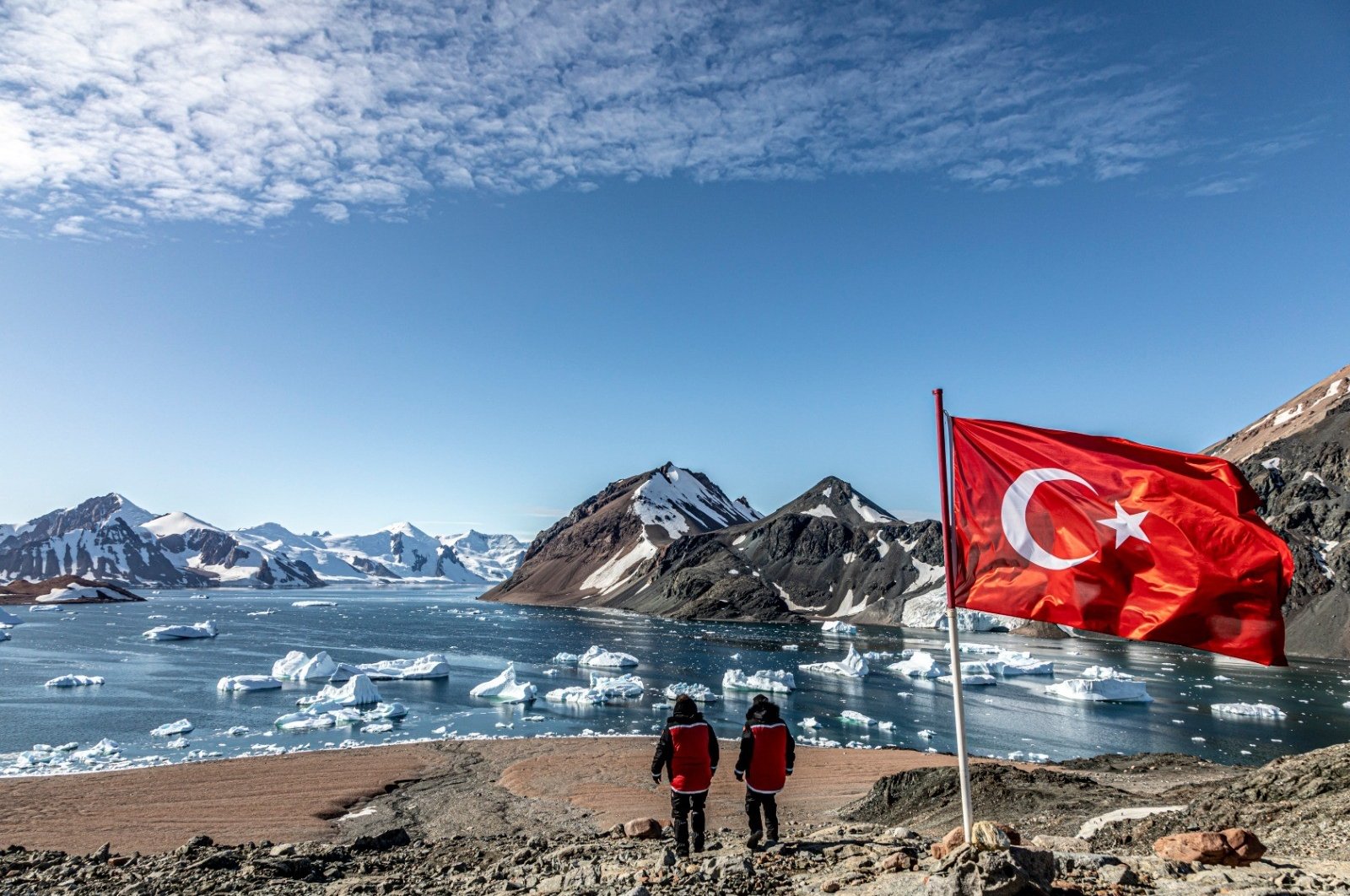 Still shot from the documentary "The Black Box of the Planet: Antarctica." (İHA Photo)
by Anadolu Agency Sep 24, 2020 2:07 pm
RECOMMENDED

"The Black Box of the Planet: Antarctica," Turkey's documentary recorded in the frozen continent, premiered at the Presidential Complex on Wednesday at an event hosted by first lady Emine Erdoğan.

The event was organized as part of Turkey's largest technology festival, Teknofest. The documentary was prepared by the Turkish Industry and Technology Ministry.

Speaking at the event, Erdoğan said Antarctica is a continent full of secrets, and she recommended that everyone watch the documentary.

Turkey's expeditions to Antarctica were one of the defining factors of Turkey becoming a major force in the scientific field globally, she said.

"This work under the auspices of the Turkish presidency is implemented in coordination with our Industry and Technology Ministry. Congratulations to all the ministry team, and I wish you continued success."

Pointing out that the 4th National Antarctic Science Expedition had numerous "firsts" in many respects, Erdoğan said: "The first of these is the recording of the expedition through a documentary."

Erdoğan praised Burcu Camcıoğlu, the director of the documentary who worked with a team of two to finish the film.

"We can almost say, ‘Antarctica was touched by a woman's hand.' I especially congratulate our women. They have been a part of this important work with their courage, experience and broad vision," she added.

Mentioning that the team had to return 10 days earlier than previously planned due to glacial melting, Erdoğan said: "The total melting of a canal covered with glaciers is one of the most striking and concrete indicators of climate change."

"It is very important to take the necessary precautions through international cooperation. We must not forget that our future is under the threat of climate change," she added.

Speaking ahead of the screening, Industry and Technology Minister Mustafa Varank said that he believes "our citizens will know what our scientists are doing there," and that their interest in science and the continent will increase when they watch this documentary.

The 57-minute documentary will be aired on TRT Belgesel, the documentary channel of the public broadcaster, at 10 p.m. local time (1900GMT) on Thursday. The film will also be broadcast by TRT on Sept. 27.

The documentary was prepared as part of the country's 4th National Antarctic Science Expedition last year. During the event, 135 hours of raw video was shot for creating the documentary.

In the 4th Antarctica expedition, 24 scientists, headed by Ersan Başar and coordinated by Burcu Özsoy, searched for several answers on the frozen continent. For a glimpse into the lives of the Turkish expedition team on the icy continent, check out this series.